6 Young And The Restless Spoilers For The Week (June 20) 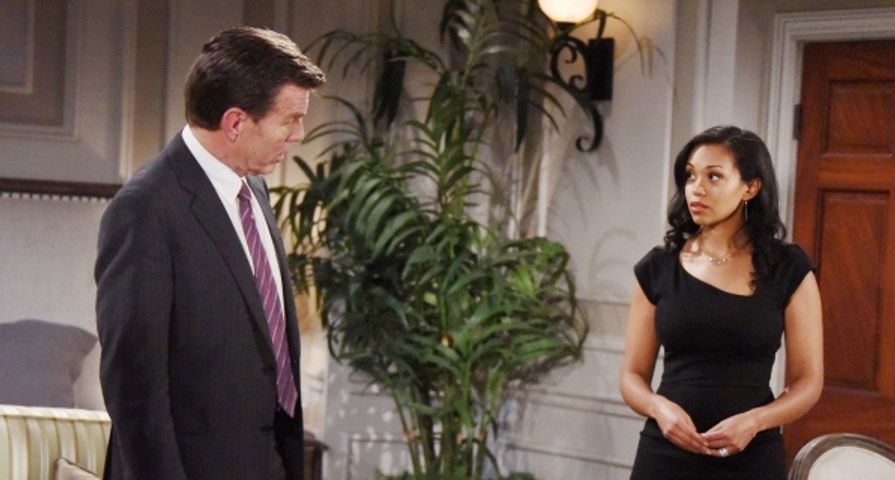 Sharon is bursting at the seams with guilt while the secret kidnapping of Hilary is no longer a secret and Victor lashes out on Adam! The Young and the Restless (Y&R) is full of crazy surprises this week, so be forewarned because you will not want to miss it. Learn about the above and so much more in the Y&R spoilers for the week of June 20th.

Sharon cannot shake those awful dreams about Sage. Her daughter Mariah is worried that everyone is going to think Sharon has lost it again and reaches out to her mom’s psychiatrist for help.

5. The Kidnapping Jig Is Up

Jack approaches Hilary to tell her he wasn’t happy with the fact that Ashley was blamed for her lab tech issue. Twisting the situation to fit her needs, Hilary reveals that Neil was the one who kidnapped her and Jack is floored. Jack then runs to Ashley, informing her that he cannot brush off what Neil and Neville did and he wants to go to the police. Devon worries with Lily that the whole clan may go to jail over this, and Neil states that the ‘day of reckoning’ has come. Ashley worries about Neville and Hilary goes to the doctor, telling him that it was Ashley who told Jack about the kidnapping. Neville is simply worried about Hilary relapsing at this point and tells Devon the drug may not be working. Hilary continues to work on getting closer to Jack, as much as possible.

Ashley *almost* catches Phyllis and Billy this week, with Phyllis being able to hide in a corner and listen in on the brother-sister conversation. Billy states to Ash, that she and Phyllis should team up at Jabot. Phyllis doesn’t think the idea is so great and let’s Billy know later on. The two lovebirds also chat about the future.

3. Victor Gets Some Visitors In Jail

First, Victor meets with Chloe, to further roll out their plans against Adam. She places some evidence in a storage locker for the Genoa City Police to find as the week draws near. Victor is also visited by Nikki, who informs him that their divorce will soon be finalized. Nikki is hoping Victor will call off the divorce, but does not. He gets mad at her when she points the finger at him for the recent oil rig accident. They have a heated conversation, and then Victor shocks Nikki with something unexpected, nearing the end of their prison conversation. It seems that this ending shocker was something that actor Eric Braeden did off the cuff, and it shocked Melody Scott, so it should make for a pretty intense scene.

Kevin informs Dylan of a discovery later on in the week. It’s bad news for Adam and Dylan approaches him with this information. Adam rips into Dylan, as well as the cop who found the evidence because he is certain that this was planted by Victor to further incriminate him. With all this drama, Chelsea worries about Adam’s future.

Billy finds himself a little jealous when he sees Victoria and Travis together. Nick receives some surprising advice while Victoria deals with another Newman Enterprises’ crisis. This causes Summer to once again wonder about Luca. Speaking of Luca, he comes to blows with Travis after visiting him at the bar he works at. Paul then once again lends an ear to Nikki as she talks about her divorce and Victor.