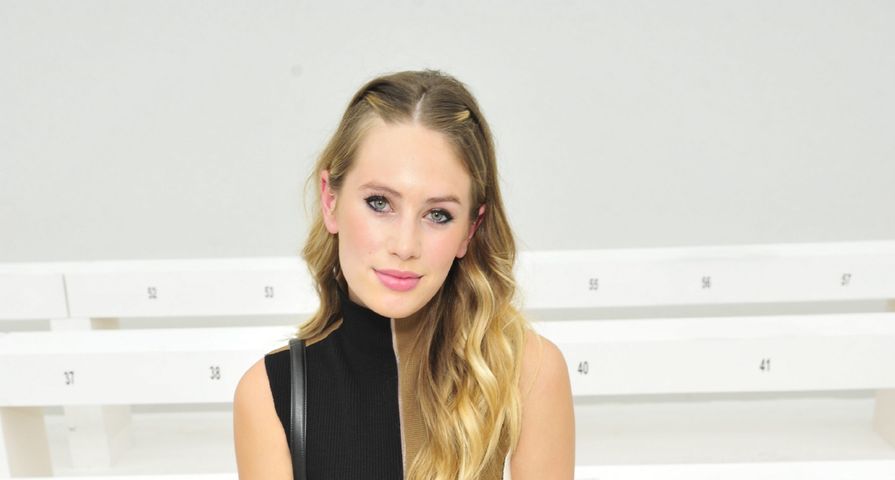 When it comes to beautiful celebrities, the apples never fall far from the tree! We can’t say we’re surprised that Hollywood tends to turn out gorgeous celebrity daughters who end up going into modeling or acting themselves. Here are six of the entertainment industry’s most stunning celebrity daughters:

The 20 year-old daughter of Alec Baldwin and Kim Basinger, Ireland Baldwin, is turning heads. She signed with IMG models in 2013 and made her modeling debut showing off some swimwear in an editorial in The New York Post. She was also named Vanity Fair‘s It Girl in 2013 and has appeared in W Magazine, Elle and Du Jour. Now with DT Model Management, Ireland also tried her hand at acting in the 2013 film Grudge Match, playing a younger version of her mother in the movie’s flashbacks. Earlier this year, she was spotted getting cozy with Tao Ruspoli, Olivia Wilde’s 39 year-old Italian prince ex-husband, spurring rumors the two had begun dating — but when her dad joked with her about it on Instagram, Ireland said she had just met the guy.

Lily- Rose Depp, the daughter of Johnny Depp and Vanessa Paradis, started modeling at the age of 15 with an appearance in the Australian magazine, Oyster. Her beauty also gained her some attention when she accompanied her mother to the Chanel and Paris-Salzburg 2014/15 Metiers d’Art Collection fashion show in New York. Her father admitted in an interview that he thinks she’s growing up too fast; “To be honest, I’m quite worried,” Johnny told Germany’s Gala magazine, The Daily Telegraph. “I wasn’t expecting all this to happen to Lily-Rose, especially not at this age.” Earlier this year, Lily-Rose made more headlines when she announced she was “sexually fluid,” meaning she isn’t 100% straight, in support of the Self Evident Truths Project.

Twenty four-year-old Dylan Penn, the daughter of Sean Penn and Robin Wright, once worked as a waitress and  pizza delivery girl but later became a model. She signed with Premier Model Management in April 2014 and was featured in a campaign with Ermanno Scervino, but said no to a six-figure deal to appear nude in Playboy. Dylan joined the family business when she made her acting debut in the horror movie Condemned. In an interview with Vanity Fair, Dylan says her mom was supportive of the role: “I told my mom the story,” she said. “I just thought it was really smart. She was the one that made me really excited about doing it.” She’ll also appear in the upcoming project Elvis & Nixon.

It’s no surprise that one member of the Kardashian clan has turned into a big-time model. Kendall Jenner, the second youngest daughter of Kris Jenner and formerly Bruce Jenner, has now walked in high-fashion shows for Marc Jacobs, Giles Deacon, Givenchy, Chanel, Donna Karan, Diane von Furstenburg, Tommy Hilfiger, Fendi, Ports 1961, Bottega Veneta, Pucci, Dolce & Gabbana, Sonia Rykiel, Alexander Wang, Michael Kors, Oscar de la Renta, Elie Saab and Balmain. She’s also appeared in countless magazines and became the new face of cosmetics company Estee Lauder earlier this year. She’s arguably the biggest model on social media, with 14 million Twitter followers and 44 million Instagram followers. She’s now her own brand, regardless of her reality TV family: “I’m not trying to use a family name or anything,” Jenner said in an interview with Nightline. “In reality I worked pretty hard for this… It wasn’t like I just got it magically and it just happened.”

Fifty Shades of Grey star Dakota Johnson is another celebrity child, with mother Melanie Griffith and father Don Johnson. She started modeling at a young age, and then later got into acting, becoming a household name as Anastasia Steele. It must be awkward to talk about such a risque role with your parents; she said in an interview with the Mirror that she didn’t even discuss her Fifty Shades decision with them. Still, “both my mother and grandmother are two women who have had shocking female roles and I find it interesting that my mother has done similar work,” she said. “If anything, they support me completely. They understand that it’s acting and I’m not going to do this all the time. And my father is 100 per cent supportive, although he’s not going to see it. In fact, none of them are.”

Willow Smith, the daughter of Will Smith and Jada Pinkett Smith, is only 15 — but she’s already made a splash in the music industry with her singles “Whip My Hair” and “21st Century Girl.” She also became the youngest artist ever to be signed to Jay-Z’s record label, Roc Nation. This month, she released her debut album, ARDIPITHECUS. She’s also a style influencer who doesn’t worry about any particular trend, and called herself a “high-fashion nomad” in an interview with Billboard. She also requires functionality in her clothing:  “I could literally climb a mountain and survive a couple nights in nature,” she said. “That’s a requirement for my clothes because one day I was on the freeway and I saw a mountain, so I literally just pulled over and climbed it.”