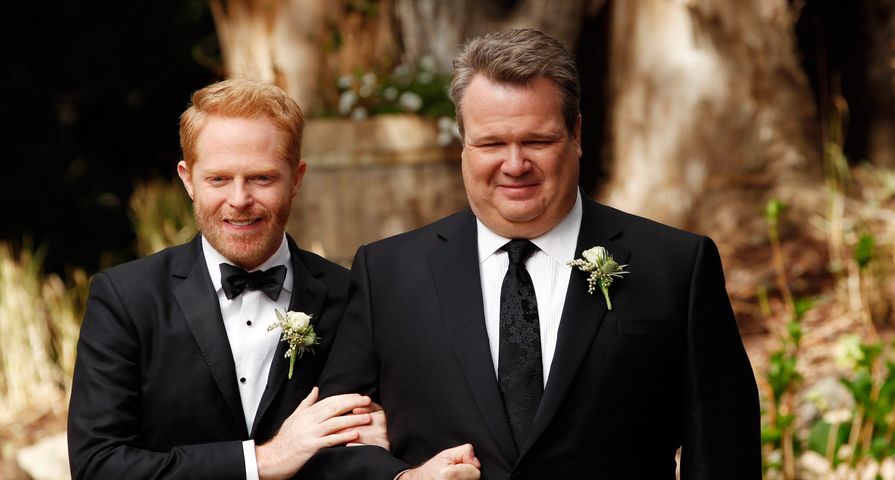 We must admit Emily and Paige’s relationship started on rocky ground with a general distaste for one another. But as the show moved forward with both characters, a relationship began to unfold between the two, and it was soon quite clear that this wasn’t going to be the typical fling in the moment kind of relationship that is often seen on a television series such as this one. Paige and Emily shared a deeply protective bond and the fans grew to love the two of them together. For a while it seemed like Paige was part of the inner circle as she joined the girls on their hunt for A. Sadly, the relationship didn’t last all the way to the end, but Emily pinned after Paige for quite some time and fans truly rooted for the two women to make it work in the long run.

So, there’s a really grownup comedy/drama on HBO entitled Looking, and it stars some of the most underrated acting talent in realm of visual storytelling. Scott Bakula and Murray Bartlett play Lynn and Dom, respectively, and they’re not the only gay characters on a gay-themed show. They are, rather, the most mature of the gay characters on the show, and a refreshing look at what real gay relationship might look like devoid of the over-the-top stereotyping that seems to creep into every “gay” story line. Fair enough, stereotypes exist for a reason, but the acting prowess–the pure chops–of Scott and Murray pull off the relationship with a wring of sincerity. In real life, Murray is openly gay, but Scott is not, rather the husband of his wife for nearly 20 years. On screen though…? It’s nice to see good actors flexing their versatility.

3. Piper and Alex: Orange Is The New Black

This is one of those gay TV couples that annoys a certain faction of super-supporters of LGBT rights and issues. The actresses portraying Piper and Alex are exceptionally sexy, and sure, one could see a little ploy to lure the mouth-breathing, heterosexual male to the show with such a casting decision. That’s not a proclamation, rather a supposition. There’s no denying the attraction and physical attractiveness of Piper and Alex, played by Taylor Schilling and Laura Prepon. This on screen relationship smoldered. White hot. Naughty. All those things that all good prison relationships must be, otherwise they’re generally creepy, one-sided affairs like Ed Norton in American History X. Did Piper and Alex offer any bolster to gay characters on TV? Not really… and that wasn’t the point? Which is why they deserve to be on this short list.

Mitch and Cam have done more for gay couples in the real world than they have for gay couples in television. The accepted inclusion of gay characters in the mix of television shows had been done, and done again, but the inclusion of a gay couple–who are quite possibly two of the funniest people to ever strut their stuff for the small screen–into a show featuring a blended family, as opposed to “gay themes” (again, whatever that means) was huge! It offered an injection of universality that further suggested people are people. In terms of their TV greatness, Mitch and Cam have enjoyed some great story lines, and provided for the traditional clowning in this long-running comedy of errors. The writers and producers have done a great job building out their subplots as well, adding characters like Cam’s sister Pameron to the mix…? Genius.

1. Will and Vince: Will and Grace

How important were Will and Vince of Will and Grace to the contemporary television landscape? Their relationship–on a show that touched on gay themes, as stereotypical as they might have been at times–served to light the fuse in the American television landscape for the inclusion of an ideology that humanity would fly, regardless of sexual orientation. Ultimately, this show–in some strange way–served as a catalyst for many people to get over their homophobia. As in, “I’m afraid/don’t like him/her because they are homosexual,” homophobia. Not to trivialize anything beyond it, because an entire dissertation could be written about this show, and the budding social agenda of the United States. OK. Enough with the statistics, logistics and left brained stuff, Eric McCormack and Bobby Cannavale–two straight dudes–lit it up on screen together. Cannavale is simply one of the most underrated actors available for hire.