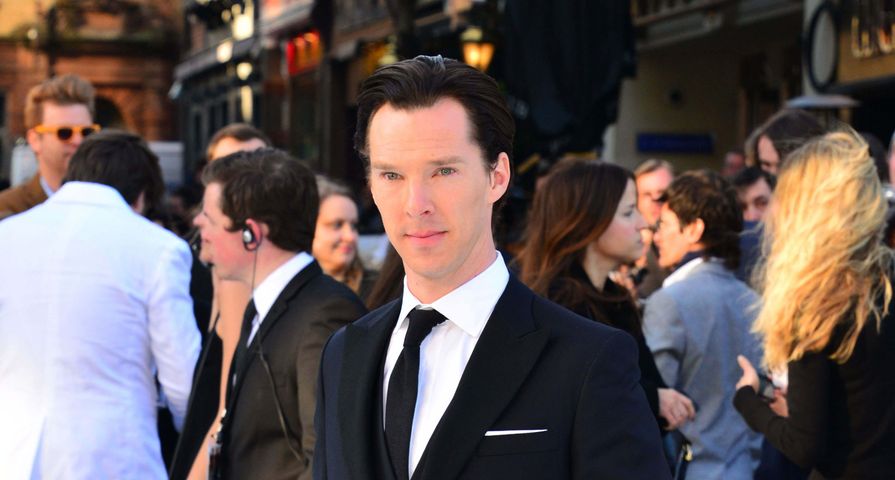 Benedict Timothy Carlton Cumberbatch is one of the most beautiful and talented actors that has ever come out of Britain. He was born in London, England on July 19, 1976 and both his parents, Timothy Carlton and Wanda Ventham were actors. He also shares ancestors with Queen Elizabeth II. Cumberbatch has performed in everything from The Simpsons to Shakespeare. He is most well known for playing the awkward detective Sherlock Holmes, Alan Turing in The Imitation Games, and Star Trek villain Khan. For all you Benedict Cumberbatch lovers, here are 14 reasons he is the hottest man alive!

Benedict Cumberbatch is a British native and grew up in London, England. He got that hot posh accent from going to Brambletye School and Harrow School, one of the most expensive boarding schools for boys in the country. His voice has been referred to as a “jaguar hiding in a cello.” It doesn’t matter what Cumberbatch says, as long as he keeps talking in that steamy voice of his.

13. He is a Philanthropist

After graduation, Cumberbatch took a year off before going to university to teach English at a Tibetan monastery in Darjeeling, India. Who could forget his recent video for the ice bucket challenge to raise awareness and funds for ALS. So many wet shirts…

On November 5, 2014, Cumberbatch announced his engagement to director Sophia Hunter in The Times’ Forthcoming Marriages section. While women everywhere wish Cumberbatch would remain single, his announcement was so sweet and adorable. The couple got hitched in February, 2015 at the Church of St. Peter and St Paul on the Isle of Wight. Women everywhere mourned.

Benedict Cumberbatch has a beautiful mind to go along with that gorgeous body of his. He has a Bachelor of Arts from the University of Manchester, and a Master’s of Arts in Classical Acting for the Professional Theater from the London Academy of Music and Dramatic Art.

Cumberbatch is so talented, even Queen Elizabeth II has taken notice. In 2015, she appointed him Commander of the Order of the British Empire for his work in the performing arts. On Tatler’s list of the most fascinating people in Britain, the Queen ranked just above him.

While at school, Cumberbatch received an arts scholarship for his oil paintings. To support charities and raise funds for different organizations, Cumberbatch has donated his sketches and drawings.

8. Has Great Taste in Jewellery

When he proposed to Sophia Hunter, he presented her with a 3.5 carat yellow diamond that is reportedly worth $450,000! The diamond is cushion cut and surrounded with smaller diamonds. Clearly, he knows diamonds are a girl’s best friend.

Cumberbatch and his wife Sophia Hunter had their first child, a son, in June, 2015. No further details haven’t been released. When asked how he felt about being a father, he replied “not nervous at all.” Oh, the little one is going to be a heartbreaker – just like his dad!

6. His Taste in Women

In 2013, Cumberbatch gave the following response when asked about his ideal woman: “A woman who knows that she doesn’t have to get all decked out to look good is sexy. A woman who can make you feel smart with her conversation skills is also sexy. I believe the sense of humor is important. I also think someone who is good at working with others is sexy.”

5. He Looks Amazing in a Suit

In addition to acting, Cumberbatch has also done some modeling for Spencer Hart, and there are some amazing photos of him as he works it down the runway in silk pajamas and a cigar.

Benedict Cumberbatch is so delicious that a life sized chocolate model was made in his likeness. It was created by chocolatier Jen Lindsay-Clark whose team spent 250 hours on the project. And yes, he is wearing a suit, although would anyone be opposed to less clothing…

3. Isn’t Afraid of a Little Makeup

Even though Benedict Cumberbatch is a bonafide hottie, he doesn’t always go for the sexy roles. Tom Cruise always plays hot guy Tom Cruise in every movie, but Cumberbatch isn’t afraid of playing a character who isn’t conventionally attractive like Stephen Hawking in the TV movie Hawking (2004). He cares more about his craft than looking good.

From 2002 to the present, Benedict Cumberbatch has accumulated 54 acting credits (not including theater). On average, he’s done four acting projects a year. Currently he is playing Hamlet at London’s Barbican Theater where the show is sold out for the entire run.

Female fans started calling themselves Cumberbi—es, but Cumberbatch renamed them his Cumberpeople. “I think it [Cumberb—es] sets feminism back so many notches,” he said. He clearly loves his fans and once gave a woman in the audience a big hug during the middle of an interview, because she travelled from Hong Kong to see him.