14 Female Celebrities Who Look Way Older Than They Are 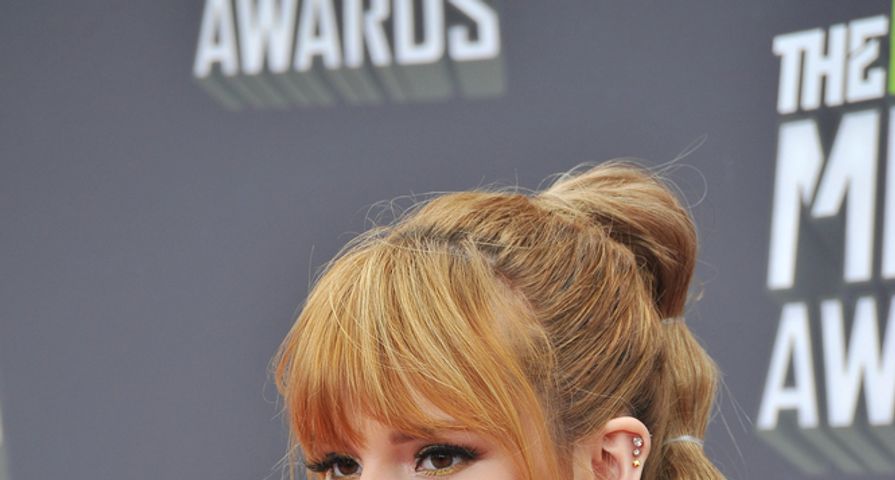 In Hollywood, age is a rather complicated thing. When celebrities are really young, they want to look and act older. Once they do get older, they suddenly want to look and feel young again. This is one reason that celebrities seek out plastic surgery – in a misguided attempt to recapture their youth. Today we’re looking at women in Hollywood who look a lot older than they really are. Some of them are still really young, which can only be bad news for when they get older. Without further ado, here are 14 celebrities who look way older than they really are!

Lorde is another teenager who looks much older than she really is. She’s currently 18-years-old, but you’d never know it just by looking at her. She could easily pass for a woman in her mid to late 20s.

Margot Robbie could easily pass as a woman in her early 30s even though she’s only 24. We don’t really know why that is. Maybe it’s the hair, the makeup, her poise or her red carpet choices that make her look a lot older.

After Heidi Montag had those 10 plastic surgery procedures done in one day, she has looked a good ten years older. We doubt that she thought that was even possible when she decided to go under the knife. Despite looking like she’s in her mid-thirties, Heidi is only 28 years old.

Adele is just 27-years-old, but she could easily pass for someone about 10 years older. This could be because of her clothes, her hairstyles or her voice. When she sings, she sounds like someone who is much older and much more experienced in life.

Melanie Griffith has had some pretty bad plastic surgery, which has only helped to make her look older than she really is. The alcohol and drug abuse probably hasn’t helped either. She’s 57 years old but she looks closer to mid-sixties, if you ask us.

Fergie recently turned 40, which is kind of shocking since she’s been looking like she’s in her 40s for years. Some think that she’s either tampered with her birth certificate or that her crystal meth addiction has prematurely aged her.

Angelina Jolie has never looked particularly young. Maybe it is because of her demanding career. She’s both an actress and a humanitarian and, when she’s not doing that, she’s playing mom to her six kids. Those three things alone would suck the life out of anyone! Angie just turned 40 but many would agree she looks considerably older.

Jamie Lynn Spears is just 24-years-old, but she looks like she is at least five years older than that. Several years ago, she was still so fresh faced. What on earth happened to her?

Lindsay Lohan may only be 28-years-old, but she looks like she’s in her late thirties. We blame her hard living. All of the alcohol and drug abuse was definitely hard on her body, especially her face.

Mary-Kate hasn’t even turned 30, but she’s looking like she’s getting close to 40. Maybe it is because she doesn’t smile or has had some bad plastic surgery. We’re not sure, but she’s been looking a little worse for wear since her mid 20s.

Britney Spears was the hottest thing on the planet when she was in her late teens/early 20s. Unfortunately, the same cannot be said about her now. She looks much older than her 33-years.

Kate Upton looks a lot older than 22 years old. She’s the same age as Selena Gomez; however, Gomez looks about ten years younger than her. Is Upton lying about her age or is she really in her early twenties?

Kylie Jenner looks like she’s in her late 20s, but she’s really only 17. We think that she is eventually going to get older and start wanting the opposite, probably before she’s in her mid 20s. Then she’ll be going to her mother’s plastic surgeon.

Bella Thorne is only 17-years-old, but she looks a lot older than that. Something tells us that she doesn’t even get carded when she tries to get into a club. She might enjoy the benefits of looking older than she is now, but that will definitely change as she gets older.