Things Every How To Get Away With Murder Fan Should Know 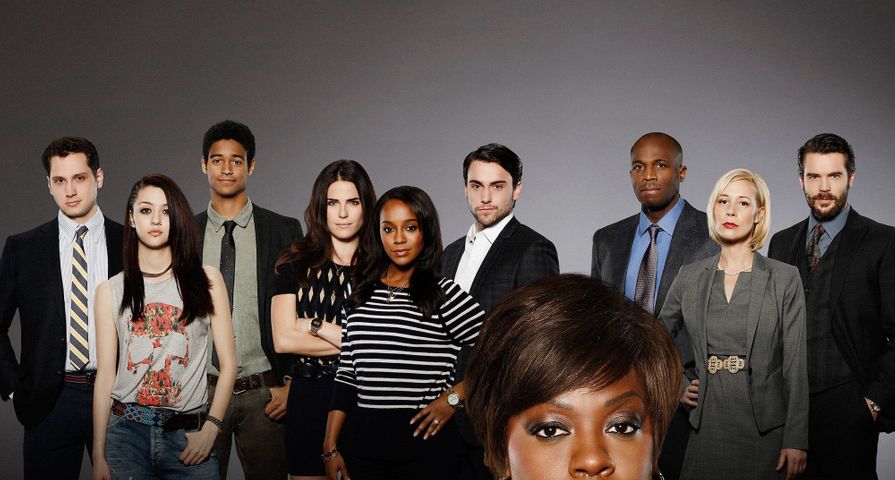 ABC’s hit series How To Get Away With Murder was created by Peter Nowalk and produced by Shonda Rhimes.  Five first year law students get more than they bargained for when they are chosen to by their brilliant law professor and criminal defense lawyer, Annalise Keating (Viola Davis), to intern at her firm. As has became custom for shows from Shondaland, HTGAWM has become a massive hit due to its unusual and intriguing premise, not to mention its talented cast. So for those of you who have become enthralled with the show check out 13 things you should know about the series.

Alfred Enoch who plays Wes Gibbins in How to Get Away with Murder is actually British and was born in Westminster, London, England.  Before being cast as Wes, he played Dean Thomas in the Harry Potter franchise.  To camouflage his British accent, he works with dialect coaches.

Usually women limit their makeup application to their faces, but for Hollywood sex scenes, make up is used a lot more liberally.  When Viola Davis was asked where she would like body makeup to be applied in preparation for her sex scenes, she asked the makeup artist to put it everywhere!  The scene where she removes her wig and takes off all her makeup, was Davis’ idea.

Karla Souza’s character Laurel Castillo speaks Spanish when she visits her family in Season One, Episode 11 (Best Christmas Ever). The actress is actually a native of Mexico and was born in Mexico City. Before being casted on HTGAWM, she appeared in several Spanish films.

Aja Naomi King auditioned for the role of ‘prom queen’ law student Michaela Pratt over Skype.  During the tryout, the internet connection was lost and the sound stopped working.  She got the part anyway and she also has a Master of Fine Arts degree from Yale.

Although Viola Davis (Annalise Keating) has never won an Oscar (she is 1 of only 10 African American women to be nominated for best actress), she won the 2001 Tony for Best Actress for her work in King Hedley II and won the same award again in 2010 for the show Fences. Marcia Gay Harden, who played Annalise’s sister-in-law also won a Tony for her 2009 performance in God of Carnage.

Cicely Tyson portrayed Ophelia Hartness, Annalise’s mother in the episode Mama’s Here Now.  Tyson also has a Tony award to her name for her role in The Trip to Bountiful which she received in 2013, making her the oldest person to win a Tony for acting.  She was also married to the late Miles Davis, a famous jazz musician and composer.  Bill Cosby was the best man and gave her away at the wedding in 1981.

Matt McGorry (Asher Millstone) and Alysia Reiner (D.A. Wendy Parks) have worked together before on Netflix’s Orange is the New Black as John Bennett and Warden Natalia Figueroa.

Tom Verica, known as Sam Keating, Annalise’s husband, on HTGAWM, made his first TV appearance as a teen dancer on Dancin’ On Air in the ‘80s.  The show was broadcasted from Philadelphia and appeared in seven states.  Verica was also named the sexiest man on TV by columnist Liz Smith in 1995.

Jack Falahee, known for playing Connor Walsh on HTGAWM, recently told the press that he will not reveal his sexuality because: “I don’t think answering who I’m sleeping with accomplishes anything other than quenching the thirst of curiosity,” (Huffington Post 2015).

Charlie Weber started his career as an Abercrombie and Fitch model when he was 19 (Ashton Kutcher was also an A&F model when he was discovered).  Although Weber plays lawyer Frank Delfino on HTGAWM, his wife off-screen is actually an attorney.

3. Not Her First Time in Court

Viola Davis’ character is defense lawyer Annalise Keating in HTGAWM and she previously played another defense lawyer in Season 4, episode 23 (Grief) of Law and Order SVU.

Liza Weil, who portrays Bonnie Winterbottom in HTGAWM, is best known for her role as over-achiever Paris Geller in Gilmore Girls.  She has been in most of Shonda Rhimes long running series making appearances in Grey’s Anatomy, Private Practice, and Scandal.