Home » Entertainment » TV » ’13 Reasons Why’: Everything You Need To Know

’13 Reasons Why’: Everything You Need To Know 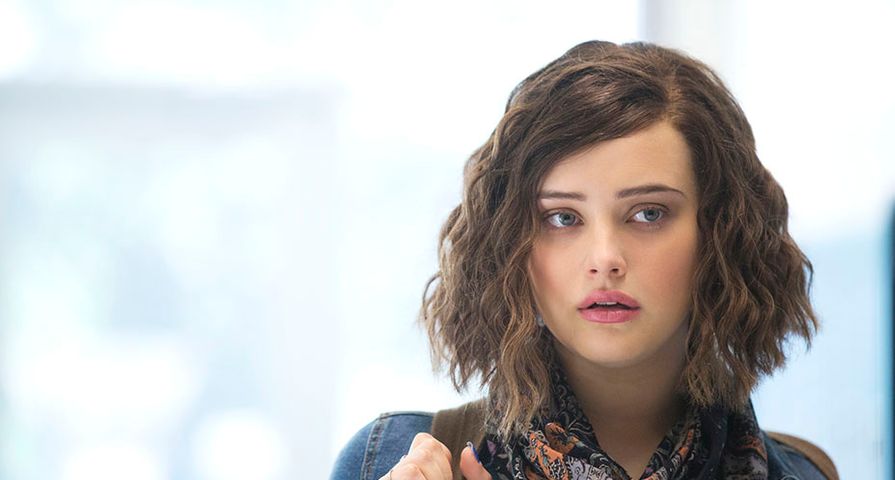 Everybody is buzzing about Netflix’s latest series 13 Reasons Why, and for good reason! Ever since the show premiered on March 31 it’s garnered a huge fan base. Based on the best-selling novel by Jay Asher, 13 Reasons Why tells the incredibly emotional and powerful story of Hannah Baker, a teenage girl who takes her own life and leaves behind 13 recorded cassettes for the people who contributed to her death. Each tape explains why she did what she did and tackles real-life issues like sexual assault, bullying, mental illness and, of course, teen suicide. Before binge-watching the series, check out these 14 things to know about the show!

13 Reasons Why is actually based off the book, Thirteen Reasons Why, which was written 10 years ago back in 2007. Jay Asher wrote the best-selling novel and it’s remained on the New York Times bestseller list for eight straight years! Universal Pictures purchased the film rights to the novel in 2011, but it wasn’t until 2015 that it was announced Netflix and Paramount Television would be creating a miniseries with Selena Gomez and her mother, Mandy Teefey, as the executive producers.

The “Kill em With Kindness” singer discovered the book back in 2008 and immediately fell in love with the story. She negotiated the rights to the book with Asher with the intention of starring in the production. “Originally my mom and I found the project because I wanted it to be a transition piece. From that point on, a lot of people wanted to make it something that it wasn’t. It can teeter on the line of being a little too preachy. Jay knew that my mom and I would be behind it for years, no matter how long it took to take it to that place,” said Gomez. She became more devoted to the message behind the project and realized she could be more helpful behind the scenes.

Viewers should recognize many of the stars like Dylan Minnette, who played the character of Clay Jensen, because he’s also been seen in projects like Goosebumps, Scandal and TNT’s Saving Grace. Zach Dempsey is played by Ross Butler who is currently starring in another teen drama, Riverdale, as Reggie Mantle. Unlike her co-stars, this is lead actress Katherine Langford’s first television role. She portrays Hannah Baker and does a very good job of hiding her Australian accent! She’s from Perth, Australia, and ended up being cast in the American television series after she mailed-in an audition tape which was followed up with a Skype call with director Tom McCarthy.

Instead of wrapping up the story in the last few episodes, the show’s finale episode leaves a lot of doors open for the possibility of a season 2. While it’s not confirmed the show will film another season, and it’s unclear whether it should, there’s definitely the potential to carry on with the story. Even author Jay Asher said he’s curious about what is going on in the other characters lives. “I’d thought of a sequel at some point. I’d brainstormed it, but decided I wasn’t going to write it. So I’d love to see it,” said Asher. “Things weren’t left open in the hopes of a sequel…There is no end for the characters left behind.”

One of the reasons the pop star was so drawn to this project is because of her own experiences. Gomez has been open about the fact that she feels a strong connection to the character of Hannah Baker. “I see myself in Hannah so much. Seven years ago I did and even more so today, which I think is funny because it’s backwards,” she said in an interview with The Hollywood Reporter. “The older I get, the more insecure I get, which is odd. But that’s something a lot of people can relate to. Her personality is a quiet strength. I’ve never really been the one to be in anyone’s face. A lot of girls feel like they have to be a certain way for attention. Social media has amplified all of that. I get that she didn’t want to be what her life was.”

It’s pretty clear from looking at Selena Gomez or any of the cast member’s social media accounts that they are all very close! In fact, Gomez, Alisha Boe and Tommy Dorfman all got matching tattoos on their forearms! They opted to get a small black semicolon which represents and symbolizes mental health awareness and suicide prevention.

The soundtrack to 13 Reasons Why is amazing and we have Dylan Minnette to thank for that! “I had a dialogue with Brian [Yorkey] from the get-go about what songs should be on the soundtrack. I love that he was so open and it was very much a collaboration. There are so many artists on the soundtrack that I’m proud of. And Clay’s room is filled with posters of my favorite bands,” said Minnette.

For fans of the book and now the Netflix series, the whole story revolves around the fact that Hannah Baker dies. According to author Jay Asher, his first draft of the book had a much different ending. In the bestseller’s original version, Hannah swallows a bunch of pills in an attempt to kill herself, but her parents come home just in time to save her and take her to the hospital. “I liked the idea of ‘We’ve learned something from this. And yet, here’s a second chance.’ …Once I realized that the message of the story would be stronger and that it would definitely be more of a cautionary tale. I felt that was definitely the way to go,” he said.

6. Lifting Spirits On the Set

13 Reasons Why is an incredibly dark and heavy story that tackles a lot of really sensitive and emotional topics that were undoubtedly hard for the young cast of actors to portray day in and day out. The stars needed a little bit of cheering up once and a while on set, so the producers brought in therapy dogs on particularly hard days. “I know there was one scene, I wasn’t around, but they had therapy dogs on set. There was a puppy per hour. They really tried to help out. The puppies helped. [Katherine] had the brunt of the emotional stuff. I mean, we all have very emotional parts, but this is about her character,” said Dylan Minnette.

In an interview with Pop Sugar, Dylan Minnette and Katherine Langford said most of the show is shot in Northern California’s Analy High School. “We started in summer, but then the school year started, so they built the entire hallway you see in the school. The set is huge, and they replicated it. It was awesome, and the coolest set I’ve worked on. If we needed to film outside the school, we had to switch our work week to Thursday to Sunday, since we could only film when [the students] weren’t in class,” said Minnette.

4. Kate Walsh Prep For Her Role

The former Grey’s Anatomy and Private Practice star had to do a lot of prep for her role as Hannah Baker’s mother. She wanted to do justice to any parent who had lost a child and make the performance as honorable as possible. In order to portray this without actually living through it, she met with parents who’d lost their children and a psychologist. “I spoke to two parents that had a child that died by suicide and I spoke to a psychiatrist, who deals with family therapists, but particularly with families that lost someone in the family to suicide,” she said in an interview with E! News.

3. Cast Got to Hang Out with Selena Gomez

It’s not surprising that the cast of 13 Reasons Why all fell in love with Selena Gomez and her mother, Mandy Teefey, while working on the project. “Mandy and Selena were always there for us. They sent us emails and checked up on us and made sure we were OK,” said Langford. Gomez’s time was limited due to her busy schedule, but she visited the set on their last day of filming and spent some time bonding with the cast. “She visited actually the last day we shot. You know, got on a plane after she did her incredible [VMAs] speech and came down and we had like dinner and we watched Moonlight and just hung out,” said Katherine Langford.

2. Reason Behind Those Graphic Scenes

Netflix’s 13 Reasons Why deals with really sensitive topics like rape, sexual assault and suicide in a very raw and graphic way. Jay Asher said they received some flack for having uncomfortable scenes. “It’s uncomfortable, but that’s OK. It needs to be. Some people said it was too graphic, but it’s a graphic thing. It’s like they’re saying it’s never appropriate to show it. And then if you’re saying it’s never appropriate to show it, then you’re saying it’s something to be hidden,” he said. “I wanted guys to be uncomfortable when they read it, and both the book and the TV show made a point of noting that Hannah never says no…But there are plenty of times when a girls afraid to say no for various reasons.”

1. The Real Reason Selena Wasn’t in the Show

Selena Gomez was cast to star in the film adaptation of the book back in 2011, and even though she feels a very strong connection to the main character, Hannah Baker, she chose to stay behind the scenes as an executive producer. Her reason for doing this was because she was scared of not being able to do the project justice. “A book is frightening for me because I know the cult following it has, which is the reason why I didn’t want to be in it,” she said.