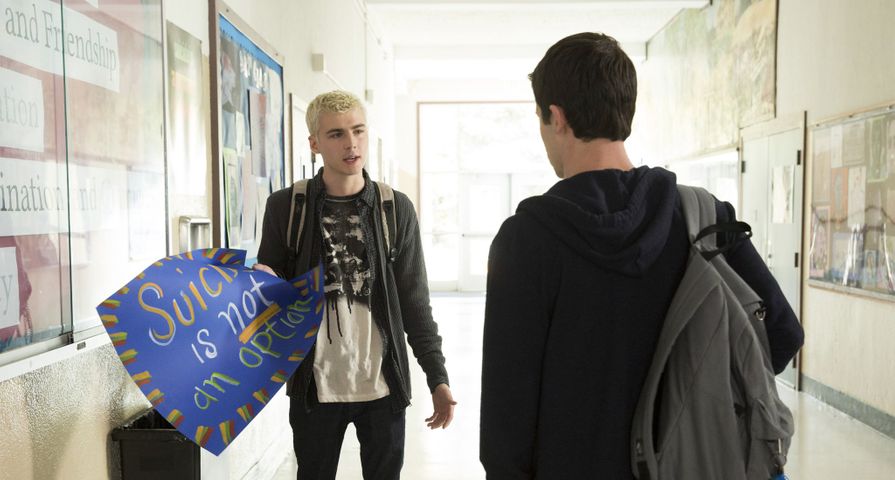 13 Reasons Why is one of the most poignant teen series to hit TV in recent years and it has become polarizing in the debate of whether or not it glamorizes suicide. The Netflix Original series may have caused some controversy, but its success is undeniable and both fans and the cast and the crew have stood behind the show, and whether some like it or not, a second season is coming. With the first season detailing Hannah’s life and death and her ’13 Reasons Why’ explained, many cannot quite figure out exactly what season two is going to tackle and how, but we have some ideas! Here are 10 things fans need to see in 13 Reasons Why season two:

Season one of 13 Reasons Why ended on several very intense cliffhangers, and at the time no one knew if we were ever going to get the answers to them. One of the biggest cliffhangers was of course the declaration that Alex had shot himself in the head and was in critical condition at the hospital, but only a glimpse was seen of him being loaded into an ambulance. It will be very telling for the new season if they choose to start it off with yet another death, or if Alex survives, what condition is he in, and the biggest question of all did he really shoot himself?

One of the biggest theories as to what the focus of season two will be on, if not Hannah Baker’s story, is Tyler perhaps planning a school shooting. Season one saw Tyler constantly bullied, belittled and constantly cast aside by the others involved in the tapes, but the end of the season saw him buying guns and finally revealing an entire stash of guns he is hiding in his room. Part of the theory suggests he is now going to target those involved in the tapes and that it was actually Tyler who shot Alex. Either way, it will need to be explained what exactly Tyler plans to do with the firearms. Given the reaction to Hannah’s suicide, it would be nice if season two instead shows Tyler getting the help and support he needs instead of creating another tragedy.

Hannah Baker’s suicide had fans completely gripped in season one, and with that story ended, there needs to be an equally compelling and realistic story leading fans through 13 episodes of season two. With the most common theory suggesting Tyler is planning a school shooting, it has not been confirmed, but one way or another there has to be a major catalyst or situation forming the season two story arc that lives up to the expectations fans have from season one.

Whether or not some agreed with the depiction of suicide in season one, no one who watched 13 Reasons Why can deny that it undoubtedly has one of the best young casts with relatively unknown actors of any recent show. One of the biggest breakout stars was Christian Navarro as Tony Padilla, who played a critical, but in many ways underappreciated role in season one. Tony was strong, wise, caring, helpful and in many ways seemed completely out of place with his maturity amid his high school peers. Every scene he was in instantly became better because of the strength and performance he brought to the role that had many complicated facets and also provided much needed comic relief when tension got really high, specifically with Clay. Hopefully, it will also be further explained exactly how Tony manages to be the trusted one by so many, but most importantly, exactly why Hannah left him with such an important role as a the keeper of the tapes. As long as season two has as much Tony as possible, fans will be happy.

There is no delicate or light way to put how many feel about 13 Reasons Why‘s villain Bryce Walker. His rape of not one but two women with no consequences was hard for many to deal with, and if one thing needs to come to a resolution swiftly, it will be Bryce’s fate. Although Clay got Bryce’s taped confession of raping Hannah, there is no certainty that he will be punished. Many real-life sexual assault cases have come under fire because of how affluent, white men seem to get away with their horrible crimes. It will be important for Bryce to get what he deserves, but also important that the show handles the nuances of sexual assault and the complexities properly. Showrunner Brian Yorkey opened up about season two of the show and said consequences for Bryce will most certainly be dealt with, adding, “And also [I want to] see somebody punch Bryce in the face.”

Given the severe and forceful reaction many had to 13 Reasons Why’s detailing of Hannah’s suicide, it will be in the show’s best interest to take those concerns and address them head on. Season two should include the characters having a very open and honest discussion about suicide and how blaming others is not the answer while also reinforcing the show’s intended message that everyone needs to be more mindful of how they treat others. Even with the warnings, Netflix added before some of the more brutal episodes with graphic depictions of sexual assault and suicide, fans could not be prepared for the mentally and emotionally exhausting material they were going to witness. As well as the series itself including a more detailed discussion of suicide, Netflix needs to not only ensure all warnings are in place but add more information to other resources such as the National Suicide Prevention Lifeline.

'13 Reasons Why': Everything You Need To Know

4. Resolution for Jessica, Justin and Courtney

There are a lot of resolutions for each individual character that will need to be included in season two, but three of the most important will be for Jessica, Justin, and Courtney. Fans only saw the beginning of Jessica’s reaction to her rape and the implication that she was going to tell her dad what happened to her. We need to see what happened after that conversation, what kind of support she received and most importantly how she recovers from the assault. Of course, connected to this is how Justin unraveled at the end of the season after he realizes he was complicit in his own girlfriend’s rape by his best friend and he is seen also getting a gun and seemingly leaving town. We will need to see what Justin’s plan is and how he deals with his own involvement in Hannah’s story and, of course, Jessica’s assault. Last, but certainly not least, Courtney will need to come to terms with her sexuality. Season one saw the character continuously try to deny her sexuality, and season two needs to do her story justice, especially if she finally decides to come out.

Among all of the narratives that fans were faced with, one of the most powerful was how Hannah’s parents, Olivia and Andy, were going through a completely separate situation in dealing with their daughter’s death. Neither one knew anything about the tapes and clung to Tony for any knowledge he had about their daughter’s life and death, but finally, at the end of season one, they are given the tapes and at least some answers. Their recovery after their daughter’s death, as well as how the tapes will feature in their case against the school will most likely be key storylines for season two.

Katherine Langford’s portrayal of Hannah Baker was absolutely incredible, and despite her death in season one, there is no way she can be left out of season two. Luckily, showrunner Brian Yorkey has already confirmed that Hannah Baker and her story will still be main plot points for the show. “We’re going to get some new context for events we already know about and we’re going to see a lot of things we hadn’t even heard about yet that fill in some really interesting gaps in our understanding of who Hannah Baker was and what her life was.” He also revealed that Hannah will no longer be the voiceover for season two and hinted that the tapes will be important but “a different sort of analog technology” will play a very important role in season two. “There will be a new piece of technology for 13-year-olds to Google and try to understand what it was.”

Viewers became very attached to Dylan Minnette as Clay Jensen thanks to his incredible performance and intense chemistry with Katherine Langford. Watching Clay struggle with the hidden love he had for Hannah, and thinking if he had been honest with her, he might have saved her, was heart-wrenching but, along the way, Clay also seemed to reform a relationship with Skye, a friend he had grown distant from. With season one ending with Clay and Skye hanging out, hopefully, season two shows Clay forgiving himself for not opening up to Hannah, but also being more honest with Skye and recovering from the trauma of Hannah’s suicide with the help of Skye.