Home » Entertainment » TV » 10 TV Shows That Should Get A Revival

10 TV Shows That Should Get A Revival 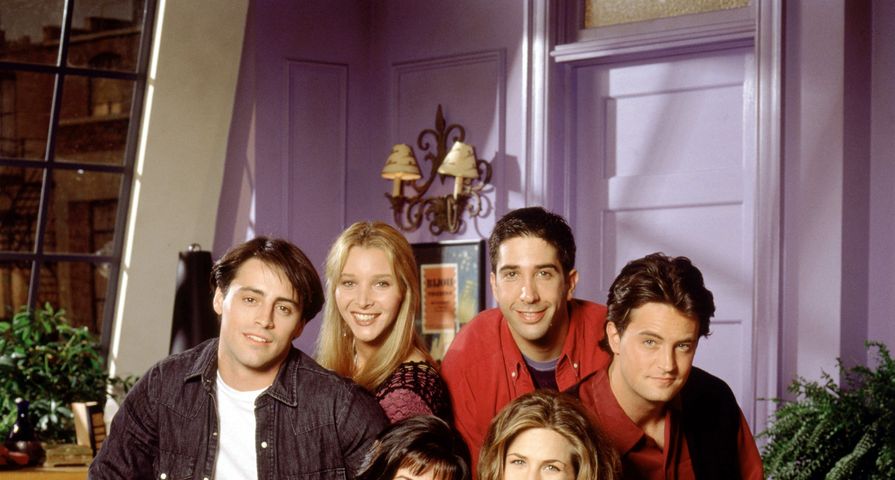 Revivals are becoming extremely popular, especially with a little help from Netflix, and we must admit, we aren’t too mad about it! We’ve got so much pent up nostalgia for the ’90s and early 2000s and the amazing shows we loved so dearly back then. It seemed like they all ended before we were ready. We’ve now seen a few successful revivals pop up from popular shows like Fuller House, X-Files and Gilmore Girls, and now we’re just waiting to find out which show they’ll pick out next! In order to hold us over until then, we’ve compiled a list of 10 television series that should get a revival — check it out:

Felicity was the classic teen drama with the biggest plot line being a love triangle between Felicity, Ben and Noel. In 2007 the show landed on Time magazine’s list of “100 Best TV Shows of All-Time” and Felicity herself has been deemed one of the best television characters of all time by Entertainment Weekly. When the series ended, Felicity was with Ben and Noel was married which is the way series creator, JJ Abrams, always intended it to be. However, the network gave the show five additional episodes after all was said and done, so the series didn’t exactly end on a high note, but rather a bunch of filler episodes — there was even one when Felicity traveled back in time…not okay. Regardless, we’d love to see what the three main characters are up to now and whether or not Felicity and Ben ever tied the knot and if Noel is still in her life.

Despite the fact that Roseanne was one of the most popular sitcoms during its time on air from 1988 to 1997, it had one of the worst season finales. It was such a shame because the working-class show was such a great success, it was awful to leave it on that note. In the season finale, the Conner family was shown enjoying their lottery winning, but then the audience realized it was just a dream and Dan was dead. We think Roseanne deserves another shot at ending things on the proper note, cause we miss the hilarious banter between all the characters, but this might just be wishful thinking considering producers made the mistake of killing Dan off in the season finale. Perhaps some time manipulation could fix that?

Just recently there were many rumors swirling of a potential revival or reboot for the popular NBC Will & Grace sitcom, but it turns out their mini reunion was simply to film at 10-minute, present day, election-themed video to encourage voters. When asked about the possibility of a revival, McCormack seemed upbeat about the idea and even told People, “We’d all be interested to get that call, I think,” but there doesn’t seem to be anything in the works as of now. Fans were overall pretty satisfied with how the show ended back in 2006 after it was on air for eight seasons. In the end, Will and Grace — one of the best “couples” on television reunite after being apart for many years. They are both with their respective partners and have children, while Jack inherits Beverly’s fortune. It was the perfect set up for a potential revival, with Will and Grace being reunited as friends and then become a family when their children meet at college and eventually get married. Then there’s Karen and Jack living comfortably with their riches. There are so many possibilities for continuing on this show!

7. Saved by the Bell

Saved by the Bell is one of the older shows on this list but it’s ingrained in the memories of many, and thanks to syndication, is still talked about today! Although the quality of the show wasn’t great considering it aired from 1987 to 1994, it was simply meant to be a fun after school special for teenagers. There’s a ton of nostalgia around this NBC sitcom and many adults would be so happy to see their favorite show make a comeback, drawing in a whole new audience and even loyal fans from back in the day. We picture the revival picking up back at the old stomping grounds of Bayside High School with our favorite main characters in a much different role — as teachers! Kelly would be the guidance counselor, Slater would be the gym teacher, Zack the principal and Screech the janitor! There are so many fun ways to go about this, we really hope it someday happens!

This all American show became one of the most beloved shows on television that dug deep into our emotions with every single episode. Viewers fell in love with each and ever character, especially Coach Taylor! Based off the film by the same name, Friday Night Lights was one of those small-town-feel-good-shows that was constantly dishing out inspiration and leaving audiences wanting more. While Julie Taylor definitely came close to ruining some aspects of the show with her slightly bratty attitude, there were so many other amazing characters to level it out. We desperately want a high school reunion with Tyra, Vince, Cafferty, Jess, Saracen, Lyla, Smash, Street, Landry, Riggins and we’ll even possibly consider Julie! It would be so easy to kick off a revival of this series, especially if we saw students like Riggins and Smash become the new coaches, and create new parents from past students with a whole new generation of players chanting, “clear eyes, full hearts, can’t lose.”

Beverly Hills, 90210 has proven to be a timeless show that will forever be talked about by fans. The California teen drama ran from 1990 to 2000 and was every teenagers main source of drama before reality television was invented. To be fair the show was given a reboot called 90210, but it just wasn’t the same! It also never managed to draw in the same fans from the original series because it brought in all new characters, with the exception of a few old ones, and was geared toward high school students so it didn’t bring back any old school interest. We want to see a revival that will check in on what Kelly, Steve, David, Donna, Brandon and Nat are all up to now. We know Kelly is now a guidance teacher at the school from her appearances on 90210, but this just left us even more intrigued about what the others might be doing as well.

This supernatural drama was a huge hit from ’97 to 2003 and paved the way for many other popular shows just like it, like Vampire Diaries, True Blood, Teen Wolf and Supernatural. Despite this new wave of supernatural shows, we miss the original series that started it all — Buffy the Vampire Slayer! The show became more than creator Joss Whedon could have imagined as it’s now an full blown franchise. A spin-off was created in 1999 called Angel, there’s also been comic book continuations, video games and even a movie! When season 7 wrapped up, it ended on a pretty hopeful note with pretty much all of the main characters still alive as they climb onto the bus ready to leave town. Whedon could easily resuscitate this series by igniting more trouble in Sunnydale, causing all our favorite characters to ban together once again. We are more than sure the Buffy fan base would come running back!

Dawson’s Creek was an amazing coming of age story that we all fell in love with. A revival for this show would be kinda hard considering Jen (Michelle Williams) was killed off at the end of the series, and show creator Kevin Williamson said they were worried about making this move if there ever were to be a reunion or revival, but the show could potentially carry on without her. That being said, Williamson has said that he’s very happy with how the series ended and feels like it’s one of those ’90s treasures that should be left untouched, but we love Dawson’s Creek so much we couldn’t help putting it on the list. It would be amazing to see how Dawson’s career in Hollywood played out and whether or not Joey and Pacey are still together. They could kick it off by creating some kind of big event that brings the gang all back to Capeside as career-driven adults, potentially with their own families!

One Tree Hill was a very similar show to Friday Night Lights, except that it came first and lasted much longer. While One Tree Hill definitely did its due diligence in terms of following the characters from high school into adulthood, there’s always room for more! A revival is sure to do well with this show, especially considering each year many of the cast members reunite for conventions dedicated to fans of OTH. No other show on this list has a legacy that lives on like that so it just goes to prove how strong the fan following for this show is. We so badly want to see what life is like now that Brooke and Haley are working across the street from one another at the Baker Man store and Karen’s Cafe, or how Clay and Quinn have evolved in their married life as parents. There’s so just much to explore with this show and the fans would be ecstatic!

We’re pretty confident that no one is surprised to see one of the biggest shows of all time in the number one spot on this list. Friends has stood the test of time and is one of those shows that will never fade away or fall off — especially when Netflix is around to let us re-watch the whole series at any given moment! Running for 10 seasons from 1994 to 2004, the characters from this sitcom are some of the most beloved in television history. There’s been a constant whisper of potential for a reunion of some sort and as much as we’d love for it to happen we’re not confident it will. However, it’s the number one show we’d want to see a revival for if given the opportunity. It would be so easy to bring Monica, Rachel, Pheobe, Ross, Chandler and Joey back together. There are so many big things we’d want to catch up on like where Ross and Rachel are now? Do they have more kids? Then there’s the question of whether or not Joey ever settled down, if Pheobe ever became a mom and how Chandler and if Monica’s little family is doing now!