12 TV Shows Cancelled After One Episode 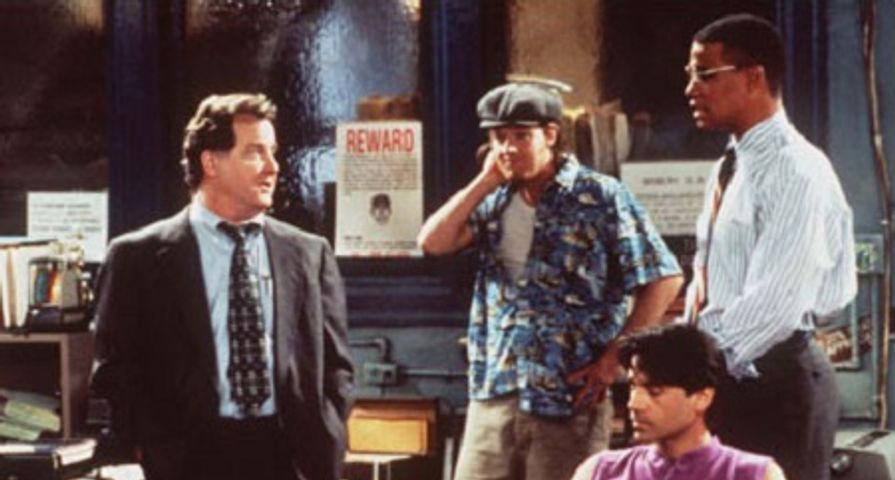 TV can be ruthless. For every hit show you see on the air, dozens of others didn’t make it. Some pitches never sell, some pilot scripts never get the green-light to be shot, and some pilots never get ordered to series. What might be most tragic are the shows that get instantly cancelled, sometimes after just one episode makes it to the airwaves. Here are 12 TV shows that got cancelled after only a single episode — prepare to impress your friends if you ever have to pick one at your pub trivia night:

This ABC half-hour comedy had a big star at its center: Heather Graham. Unfortunately, the show about a single career woman who was unlucky in love didn’t seem to strike a chord with people. (Maybe it’s because it was about how she made lists to figure out when to dump guys?) The series was cancelled the day after its pilot premiered, when ABC programming chief Steve McPherson said the network needed to make a quick change because the show was not going to get better. Apparently, the network had decided to order the show without seeing the first episode first — and it seems there’s a reason why execs usually watch the first episode before giving a show a primetime slot!

Lawless sounds like a badass show, but it too was cancelled after just one episode. Brian (“The Boz”) Bosworth, who was a linebacker in the NFL for the Seattle Seahawks for three seasons in the ’80s, starred as an ex-special forces operative who became a private investigator in Miami’s South Beach. The motorcycle-riding P.I. actually had the last name “Lawless” on the show, which may give you some insight into how brilliant the show was. At least Brian will always be able to watch his performance in the Adam Sandler movie The Longest Yard.

“The internet is so hot right now! Let’s make a show about it!” That seemed to be the thought process of executives who made Dot Comedy, a show on ABC that collected funny videos from the internet and put them on the old-fashioned tubes. America’s Funniest Home Videos obviously made this format at a hit for many years, but the thing is, people don’t need to watch internet videos on their TVs. That’s what the internet is for.

We don’t mean to hate on ABC — CBS has had its share of misfires as well. One of them was a reality show called The Will, in which family members and friends of 73 year-old Arizona land developer Bill Long competed to be named the beneficiary of his will. If that sounds like it’s in poor taste, well, perhaps that’s why so many viewers avoided this show and its ratings were so bad that it was cancelled right after it premiered. All the episodes actually ended up on TV on Fox Reality Channel and viewers in New Zealand got to see the whole season, too. Fun fact: this show was originally sold to ABC.

CBS also gave a swift cancellation to South of Sunset, which starred Eagles co-founder Glenn Frey as a private detective who teamed up with a wise guy and an aspiring actress to solve crimes. Although the show got some prime promotion during the World Series, it was cancelled due to low ratings, which occurred partially because news coverage of wildfires in Malibu pre-empted the show on a lot of the West Coast. It also aired against Home Improvement, which was a big hit on ABC at the time. The network tried airing it again a couple days later, but it didn’t stick. The cancellation was an embarrassment for Frey, but the Eagles got back together for a reunion tour the next year, which was a huge financial success. Also in 1994, VH1 aired the remaining five episodes of South of Sunset.

Cable network Animal Planet attempted to get on the comedy bandwagon with Comedians Unleashed, a show hosted by Richard Jeni that featured animal-themed jokes. It’s not a terrible concept in and of itself, but we’re guessing the jokes were pretty lame – and what’s weird about it is that the jokes weren’t told as voiceover over funny videos or anything — it was a stand-up comedy show taped in front of a live audience at the Improv night club in Hollywood. Animal Planet gave it a chance and aired the first episode a couple of times, but people didn’t respond to the idea and the show was soon cancelled.

We’re sensing a theme here: internet success often does not translate to traditional on-air TV success. On MySpace, the series Quarterlife, about a group of artists in their twenties, was a big hit — but when NBC aired it on their regular broadcast network, ratings were a big disappointment. The show only drew 3.1 million viewers in its debut, making it the worst in-season performance in the 10 p.m. hour by an NBC show in at least 17 years. Quarterlife was quickly cancelled, but NBC aired the remaining five episodes of the show in a marathon on their sister cable network, Bravo. Stars Scott Michael Foster and David Walton have gone on to star in other shows.

Lots of talent shows do well on TV, like America’s Got Talent, American Idol and So You Think You Can Dance — and adding celebrities into the mix often helps with ratings, such as in the cases of Dancing with the Stars and Lip Sync Battle. So it made sense that CBS developed Secret Talents of the Stars, a reality talent show where celebrities competed by showing off talents that were different from their usual work. The show would have been structured as a tournament allowing viewers to vote from their homes, but nobody ever got the chance to vote since it was cancelled right after its premiere.

The most recent TV show that was cancelled after just one episode is Breaking Boston, a reality show that aired on cable network A&E. Produced by Mark Wahlberg, it followed young women working to change their lives. “Mark and I heard rumblings about different shows being cast in South Boston, with producers trying to make a ‘Jersey Shore’ here,” producer Bill Thompson said in an interview with The Boston Globe. “We talked about it and decided that we wanted to find real girls with real stories. We didn’t want to go to a casting director because, quite frankly, when girls go to a casting director, they’re putting on a show. We didn’t want ‘Jersey Shore: Boston.’” Unfortunately, viewers didn’t turn out for the premiere, but seven episodes ended up on Hulu and in June, the episodes became available on A&E’s website.

Airing for just one episode on Fox, this game show started in Britain but never made it to the air there, which might be why it didn’t work in the United States, either. On The Rich List, contestants would have to answer trivia questions in list form, such as “Denzel Washington Movies.” Then they’d have to bid on how many answers they believed they could come up with. The show’s time slot competition might have contributed to its quick demise: it aired at the same time as Lost on ABC and Criminal Minds on CBS. Game Show network later offered up a new version of the show, calling it The Money List. Hosted by Fred Roggin, it aired for nine episodes.

Remember when we couldn’t escape The Osbournes? In 2009, Fox created Osbournes Reloaded, a variety show hosted by Ozzy, Sharon, Jack, and Kelly Obsourne that consisted of sketches, stunts, celebrity cameos, live action audience participation and live musical performances from bands such as Fall Out Boy. There were even skits featuring Ozzy dressed in drag as people like Audrina from The Hills and parodies of movies like Flashdance. Say what? We’re not shocked to learn that reviewers hated the show. “Everything felt borrowed from another show,” wrote Variety. “As one producer put it in an email that summed up the program’s quality better than I possibly could, ‘Bernie Madoff should have to watch that show over and over again until he dies.'” Some affiliates even refused to air the show because of its content, or banished it to little-watched early morning time slots.

Did you know that hit show NYPD had a spinoff? Called Public Morals (sounds super fun, right?), the Steven Bochco-created half-hour comedy starred NYPD cast member Bill Brochtrup playing his character, administrative aide John Irvin and his fellow vice squad officers (including one played by Donal Logue). Unfortunately, Public Morals didn’t enjoy the spinoff success that shows like Frasier enjoyed; reviews were bad and ratings were even worse, so CBS cancelled the show after one episode even though 13 episodes had already been produced. Lucky for Brochtrup, he was able to go back to starring on NYPD Blue.