Home » Entertainment » Celebrities » 12 Richest Celebrity Chefs: How Much Are They Worth?

12 Richest Celebrity Chefs: How Much Are They Worth? 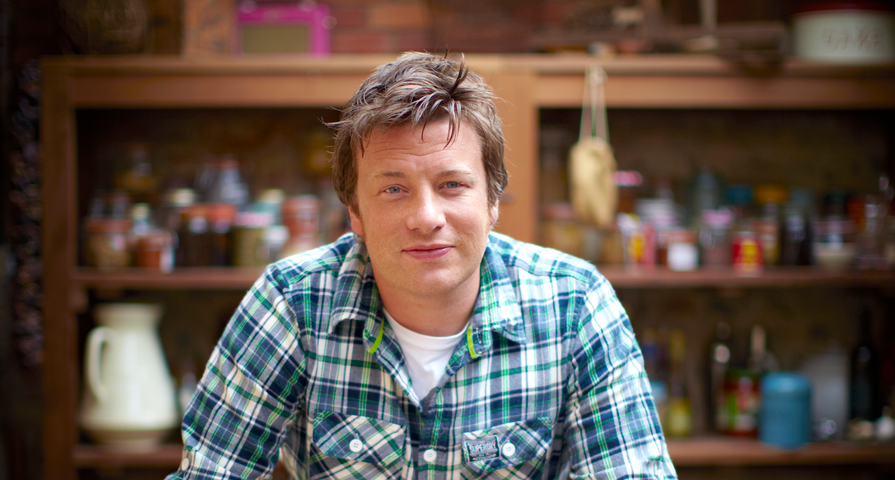 Chop, dice, sauté, smile for the camera, and make a lot of money! That’s the method for celebrity chefs who, these days, are making more money than you can imagine. Proof of that? NOT making the list is #50 Ted Allen and #49 Sunny Anderson who both have $5 million who match #40 Anne Burrell and #41 Duff Goldman. #33 Guy Fieri didn’t make it on the list with his $8.5 million and neither did #21 Anthony Bourdain who nearly doubled that amount with $16 million. Not even Giada De Laurentiis could make the list, coming in at #17 with $20 million nor #15 Bobby Flay with the same snazzy fortune. Mario Batali might have a whopping $25 million to his name but that only nabs him the #14 spot. To get your name among the top 12 richest celebrity chefs you in fact need $35 million plus. So who has managed that mighty financial feat? Check out this list!

Estimated Net Worth: $38 million Julia Child may have passed away in 2004, but that can’t stop her from making her way onto this list. Coming in at #12, Julia Child was one of the first and to this day remains one of the most beloved mega-celebrity chefs. Her warm personality, distinctive voice, and yummy food launched her into super stardom at a time (we’re talking the 60’s right through to the 80’s) when that wasn’t nearly as likely to happen. Seeing a resurgence in popularity due to the adorable 2009 movie Julie & Julia, the American chef who loved French cooking is still inspiring chefs (and home cooks) to this day which is one of the reasons that her estimated net worth is sitting at an incredibly impressive $38 million.

Estimated Net Worth: $40 million. Another leader in the industry is Marco Pierre White who is widely considered to be the U.K.’s first celebrity chef. He’s also responsible for training other notable names like Gordon Ramsay and Curtis Stone. Known for his fiery temperament, no-holds-barred ways, and questionable comments, he earned himself the title “London’s rudest chef” who wasn’t unwilling to throw diners out of his restaurants if he didn’t like what they had to say. Despite (or because of?) his seemingly spazzy ways, he manages to just top Julia Child’s fortune by a couple of million. Marco Pierre White grabs the #11 spot with an estimated net worth of $40 million.

Estimated Net Worth: $40 million. Taking a huge jump from the terror of Marco Pierre White, we end up at #10 with the Barefoot Contessa herself. Always welcoming guests of her show with a smile, she’s charmed fans with her loveliness, her lifestyle, and of course her delicious cooking. A former White House nuclear policy analyst, she followed her heart which led her to a very successful life all about food with a food store which led to cookbooks which led to her television show which has led to celebrity chef status along with fame and fortune. Following her heart has led Ina Garten to a personal net worth estimated to be at $40 million.

Estimated Net Worth: $45 million. Levi Roots isn’t your typical celebrity chef which is part of what makes him so popular. A musician and businessman along with being a chef, Levi Roots has performed with James Brown and Maxi Priest, was friends with Bob Marley, performed “Happy Birthday” for Nelson Mandela, could be seen on Celebrity Mastermind and Big Brother as well as appearing on the UK version of Dragons’ Den with his very own pitch and snagged himself $50,000 in funding for his Reggae Reggae Sauce which is a jerk barbeque sauce which Roots says is worth around $30 million. His cookbooks and cooking show are as successful as everything else he tries seems to be which has earned him the #9 spot on this list with an estimated personal fortune of $45 million.

Estimated Net Worth: $45 million. Charlie Ayers may not be the most recognizable name on this list but that hasn’t stopped him from grabbing the #8 spot either. Once the chef for the Grateful Dead, he made his fortune as the executive chef at Google. Responsible for overseeing “4,000 meals a day at the 10 cafes in the Google headquarters in Mountain View, California” the big bucks came along with his stock options in the company which alone is worth $26 million. That, however, is just a chunk of his overall worth which is estimated at $45 million.

Estimated Net Worth: $50 million. Vikram Vij is another member of this list that has appeared on Dragons’ Den, but instead of pitching a business idea himself, Vij instead appears as one of the dragons. Making his way up through the restaurant business to the point where he now owns several, all of which are successful, he also has his own line of gourmet prepackaged curries that requires a 28 thousand square foot facility to keep up with demand, and he has two best-selling cookbooks along with his wife. All of this food-related success has resulted in Vikram Vij cooking up a fortune of an impressive $50 million.

Estimated Net Worth: $50 million. Let’s kick it up a notch, as Emeril Lagasse would say! Well, in fact, we’ll stay in the same range when it comes to #7, #6, and even #5 on this list. Emeril, who nabs the 6th spot, spent years in the restaurant business earning his way to an admired reputation that led him to prime opportunities. One of those opportunities was to appear on Great Chefs multiple times which helped him become comfortable in front of the camera and introduced viewers to the charismatic chef. Eventually landing his own shows, he’s most well-known for Emeril Live and Essence of Emeril although you may have also caught Emeril Green and his appearances on shows like Jon & Kate Plus 8 and competing on Iron Chef which have all contributed to his estimated personal net worth of $50 million.

Estimated Net Worth: $50 million. One of the younger members of this list at 38, David Chang is the Momofuku king. Founder of the Momofuku restaurant group, his foodie kingdom includes Momofuku Noodle Bar, Ma Peche, Momofuku Ssam Bar, Milk Bar, Momofuku Ko in New York City, Momofuku Seiobo in Sydney, Australia, and the Momofuku Toronto restaurants Nikai, Daisho, Shoto, and Momofuku Noodle Bar. He’s also the co-creator of the Lucky Peach food journal and has guest-judged on Top Chef: All Stars and MasterChef Australia and worked along with fellow celebrity chef Anthony Bourdain on The Mind of a Chef. Despite gaining himself a bit of a “bad boy” reputation with his no reservations and no vegetarian options in his restaurants, it hasn’t hindered in any way whatsoever his ability to make himself a cool $50 million. Momofuku? Momofortune!

Estimated Net Worth: $60 million. Rachael Ray came from a restaurant family so it’s no wonder she ended up in the business she’s in. With parents that own a restaurant, Rachel was raised with a love and appreciation of food that led her to various jobs in the industry, she hit super success with her cooking shows 30 Minute Meals, Rachael Ray’s Tasty Travels, and $40 a Day not to mention Rachael vs. Guy: Celebrity Cook-Off, Rachael vs. Guy: Kids Cook-Off and Rachael Ray’s Kids Cook-Off. Her success kept on rolling with her own magazine, “Every Day with Rachael Ray,” and with her leap from food show to talk show. As the host of Rachael Ray, she’s won awards including a Daytime Emmy for Outstanding Talk Show Host and being named one of Time magazine’s 100 most influential people which is surely in part due to the fact that she’s worth an estimated $60 million.

Estimated Net Worth: $75 million. Wolfgang Puck made his name as a celebrity chef by feeding the famous instead of jumping in front of the camera. Taking the L.A. and then the world by storm primarily in the 80s, he became the regular chefs for the Academy Awards and opened restaurants (try 20 restaurants) that were THE place to see and be seen. These days, he’s keeping up with tech by launching an app that “includes recipes, links to Puck’s restaurants as well as help with party planning.” With no apparent intention of sitting back and relaxing any time soon, Wolfgang Puck will continue to add to his current estimated net worth of $75 million.

Estimated Net Worth: $140 million. It’s time to make a massive jump money-wise. #2 on this list nearly doubles the man at #3, Wolfgang Puck’s fortune of $75 million. Gordon Ramsay may have made established himself as one of the most talented yet hot-tempered chefs around. There is not a Ramsay show without yelling, bleeping over swear words, and eventual tears from anyone unfortunate enough to cross the chef or rub him the wrong way, Ramsay’s fire is as fiery as his ovens and his fortune is just as sizzling at an estimated $140 million.

Estimated Net Worth: $400 million. If you thought you had to take a big jump last time, get ready for a whopper of a jump. Jamie Oliver won the world over first as The Naked Chef, wandering around London, cooking for his friends, and calling every older lady sweetheart. Back in those days, who would have known what was to come? Jamie has come to dominate celebrity chef-dom, with shows and specials, his cookbooks, his restaurants, his lines of cooking utensils and cookware… He’s really, really successful, guys. Like, extremely successful. And if you want to measure success by how big someone’s bank account is, well then Jamie Oilver easily nabs the #1 spot with his estimated personal fortune of $400 million.