Home » Entertainment » Celebrities » The 10 Richest YouTube Stars: How Much Are They Worth?

The 10 Richest YouTube Stars: How Much Are They Worth? 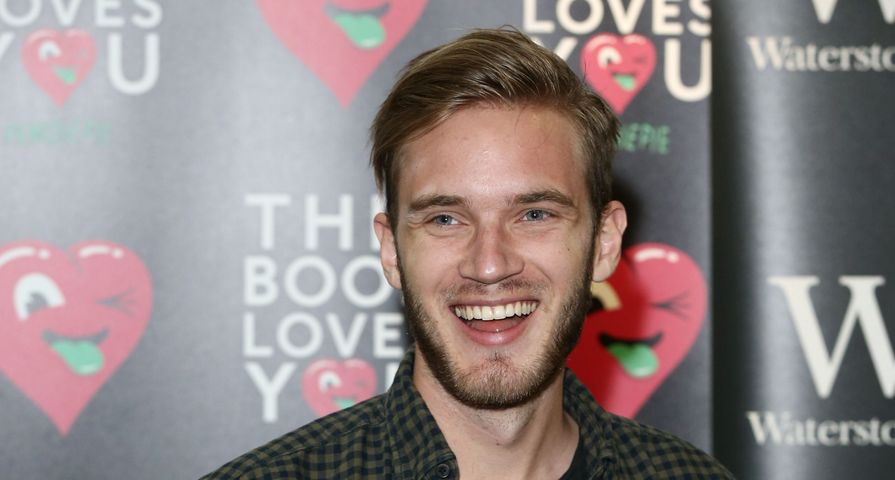 The term “celebrity” has changed drastically in recent years thanks to the enormous surge of social media and now on top of the musicians, actors and actresses of the entertainment industry, there is a whole new group of stars. The idea that anyone can become a star through social media has permeated the minds of many people, and a lot have found success, earning millions for their videos. YouTube, Twitter, Instagram and Vines have become so popular that the 2015 Teen Choice Awards even included awards for these teen, who were up there among Hollywood’s biggest actors, actresses and singers. So far YouTubers seem to have made the biggest headway into making millions off of social media, but the rise of Instagram is quickly catching up. Check out how much the 10 richest YouTube stars are worth based off their 2015 earnings calculated by Forbes.

2015 Earnings: $2.5 Million. The first three stars on the list come in with a tie of $2.5 million, which is impressive as the “bottom of the list.” Rosanna Pansino made a couple of million thanks to her baking tutorials which she shares on YouTube as a self-trained chef, posting videos of “challenges” to make the perfect foods from cupcakes to chicken nuggets. She has since gotten her own cookbook, “The Nerdy Nummies Cookbook: Sweet Treats for the Geek in All of Us,” and also partnered with baking and cooking pan and tray maker Wilton Brands for her how-to-series Nerdy Nummies. All of this earned her an impressive $2.5 million for 2015.

2015 Earnings: $2.5 Million. Roman Atwood also did very well for himself after amassing over 7 million followers for his prank videos. Some of his pranks have raised eyebrows including one were he pretends to flash young children, but that hasn’t stopped him from pulling in partnerships and money. Last January he wsa featured in a video for Nissan and he also has his online store, the “Smile More Store,” which adds to his bank account nicely.

2015 Earnings: $2.5 Million. Lilly Singh has turned herself into a double threat which has turned into $2.5 million for the YouTube star. Known as Superwoman, Singh has over 7 million followers on the site thanks to her hilarious comedy sketches which often poke fun at her own ethnic background as her family immigrated from India to Canada. She has increased her popularity and wealth as a singer and did a 2015 world tour which hit 27 cities.

2015 Earnings: $3 Million. While a lot of young YouTube stars are known for their make-up and hair tutorials, Michelle Phan is the only one to make it on to the top ten after she made $3 million posting makeup tutorials. She has over 300 videos and over 8 million subscribers, which is even more impressive because she is a self-taught makeup artists. While she made a few million, Phan’s plan is to reinvest the money into her business such as her cosmetics line and monthly makeup subscription service, instead of spending it on a lavish lifestyle.

2015 Earnings: $4.5 Million. Olajide Olatunji is best known as KSI, a British videogame commentator that has attracted over 11 million followers with almost 900 videos as well as an impressive $4.5 million. His stardom on YouTube that began with videogames gave him the ability to launch his music career as well, which has added to his earnings. In April, 2015 he released his single “Lambourghini” and it made it all the way to number 30 on the U.K. charts.

2015 Earnings: $4.5 Million. In a tie with KSI are Rhett & Link, also known as Rhett McLaughlin and Charles Lincoln Neal III. At 38 and 37, they started their YouTube careers later in life after both earning engineering degrees and working corporate jobs, but they can’t regret the decision after making $4.5 million from their comedy videos, including “Good Mythical Morning” which has over 8 million subscribers on its own. They made almost half of their earnings thanks to sponsorships with big names such as Gillette, Wendy’s and Toyato.

2015 Earnings: $6 Million. Lindsey Stirling’s incredible talent somehow failed to get her signed to a major label, but she has done quite well for herself after she started posting her own videos on YouTube in 2007. Stirling has created some incredible songs and covers which she plays on the violin while dancing and has earned herself more than 7 million followers. She now has official music videos and labels begging to sign her, but she definitely has no interest as she has managed to make $6 million in 2015 alone thanks to her YouTube videos.

2015 Earnings: $8.5 Million. The Fine Brothers channel, Fine Brothers Entertainment, now has over 900 videos and over 13 million followers which all started with the two, Benny and Rafi Fine, posting videos of people watching other insane videos. Their appropriately called “React” video series grew so big it earned them a Daytime Emmy Award and spawned their own Nickelodeon show, React to That, which they co-developed alongside Nick Cannon. Their YouTube success is treating them well as they pulled in $8.5 million in 2015.

2015 Earnings: $8.5 Million. Tied with the Fine brothers is Ian Hecox and Anthony Padilla known for their Smosh channel. The pair became famous for their comedy videos which featured live-action skits based on Pokemon games, and they now have over 21 million subscribers on their channel and also run 4 more YouTube channels. Their success continued with the full-length film, Smosh: The Movie, all of which earned them an incredible $8.5 million in one year.

2015 Earnings: $12 Million. Felix Kjellberg hit it big when he created his YouTube channel PewDiePie. Now, he has over 40 million people subscribing to his channel, which has made it one of the most subscribed to channels since 2013. His videos mainly feature himself and friends playing video games and providing commentary along with them, which made him $12 million in just one year. Interestingly, he hates the concept of fame and has stated he isn’t any happier since becoming wealthy off of his YouTube channel, and lives a notoriously private lifestyle even if he is one of the biggest YouTube stars of all time.