Home » Entertainment » Celebrities » Cast Of Almost Famous: How Much Are They Worth Now? 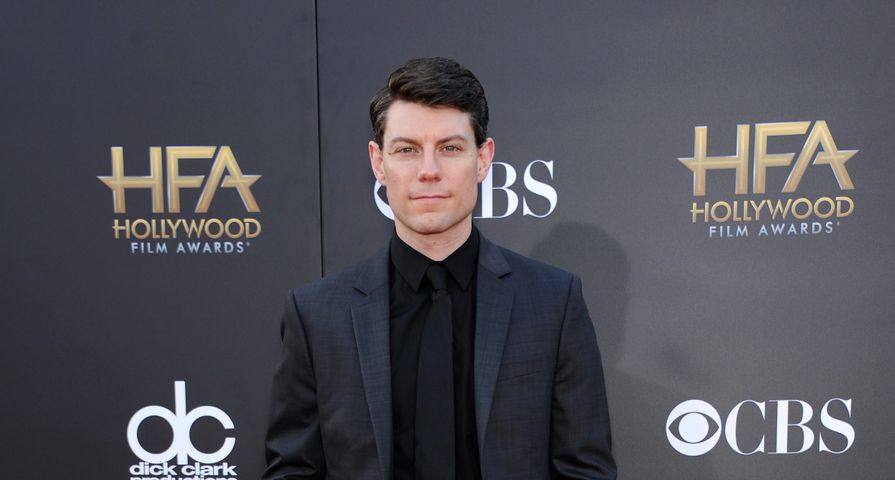 Almost Famous is Cameron Crowe’s semi-autobiographical flick about a teenage journalist trying to get his first article on the (fictitious) rock band Stillwater published with the acclaimed Rolling Stone magazine. The film was hailed by Roger Ebert as the film of the year, and it was nominated for 4 Academy Awards! The movie helped launch the careers of many of the actors who played some of the most memorable film characters of the decade. This list takes a look at the cast, what they’ve been up to, and just how big their bank accounts have become!

Estimated Net Worth: $6 million. Billy Crudup played the heart-throb musician, Russell Hammond, in Almost Famous, but his list of credentials is quite extensive. He’s been in Sleepers, Big Fish, and Watchmen among others, and has had a successful Broadway career, with 4 Tony Award nominations and 1 win. In 2016 we will see him in three films that are currently in post-production including Youth in Oregon with Christina Applegate, about a man who is tasked with driving his ailing father-in-law across the country to Oregon where euthanasia is legal. All of these successful projects have earned Billy Crudup an estimated net worth of $6 million.

Estimated Net Worth: $10 million. Frances McDormand is known for her roles in many of the Coen Brother films including Fargo, for which she won the Academy Award for Best Actress. She played the infamously over-protective mother in Almost Famous, and once again earned the attention of the Academy, being nominated for an Oscar for Best Supporting Actress. Other notable works include, Mississippi Burning, North Country, and Short Cuts. Her prolific and award-winning career has earned her an estimated whopping wealth of $10 million!

Estimated Net Worth: $38 million. The role of the beloved Band-aid, Penny Lane, was originally intended for Sarah Polley. Hudson was cast in the smaller role of William’s stewardess sister until Polley pulled out of the flick for another project. Kate Hudson reportedly begged director Cameron Crowe for a chance to read Penny, and he was impressed by her performance. Well, so were we! Almost Famous was the big break Hudson needed to make the move to the A-list, and she hasn’t looked back since. She’s starred in many films including, How to Lose a Guy in 10 Days, The Skeleton Key, and You, Me, and Dupree. She also successfully transitioned to television and landed a recurring role on the television series Glee. In 2016 she’ll appear in Deepwater Horizon, and Mother’s Day alongside Jennifer Aniston and Julia Roberts. She’s also recently launched her own line of athletic wear called Fabuletics. This boost in her profile has certainly had its financial advantages as Kate Hudson has an estimated net worth of $38 million!

Estimated Net Worth: $18 million. The star of My Name is Earl kick started his career by appearing as Stillwater band mate Jeff Bebe in Almost Famous. The part in the Cameron Crowe classic led to roles in Vanilla Sky, A Guy Thing, Alvin and the Chipmunks, as well as acclaimed portrayals on various television series. Lee is also a skateboard enthusiast and co-founded and co-owns Stereo Skateboards. He is a dedicated Scientologist, so we’re not quite sure how much of his own fortune he’s retained, but he is worth an estimated $18 million!

Estimated Net Worth: $50o thousand. Patrick Fugit got his start at a young age in television shows like Touched by an Angel, but Almost Famous was the role that shot him to stardom. Since playing the lovably naïve William Miller, he’s been in flicks like Spun, White Oleander, We Bought a Zoo, and Gone Girl.  He’s also guest starred on shows like ER and House, M.D. He plays in a band called Mushman, although we’re not sure that adds much to his bank account of an estimated $500,000.

Estimated Net Worth: $18 million. Thank goodness for the last minute change in casting! Directors moved Kate Hudson out of the role of the big sis in Almost Famous, which opened the door for Zooey Deschanel to step into her shoes! Zooey made her film debut in Mumford alongside Jason Lee, which may just explain how she got the in for Cameron Crowe’s rock journey classic. But no matter the seeming serendipitous unfolding of events, Deschanel landed the gig and quickly made the transition to A-lister. She’s been in Elf, The Hitchhiker’s Guide to the Galaxy, and Yes Man among others. She also made the transition to the small-screen appearing in Weeds and Bones before landing her own show New Girl, which has been nominated for 3 Golden Globes and 1 Primetime Emmy Award. All of her acting credentials, as well as an indie music career has earned her a net worth of an estimated $18 million!

Estimated Net Worth: $4 million. Michael Angarano played the young William Miller in Almost Famous back in 2000, and his film credentials blew up from there. By 2002 he landed his first main role in Little Secrets, followed by roles in Seabiscuit, Speak, and Lords of Dogtown among others. In 2008, Vanity Fair named him one of the up and coming actors in Hollywood in the “new wave” movement. His most recent television role has been in the highly acclaimed The Knick. The series has been nominated for countless awards including Primetime Emmys, a Golden Globe, and the Satellite Award for Best Ensemble. In 2016, we should see Angarano in Avenues, which is currently in post-production. Michael has been a very busy boy and has earned himself a huge estimated net worth of $4 million!

Estimated Net Worth: $14 million. Anna Paquin’s career got started at an early age when she randomly auditioned for a small-independent film The Piano. The film blew up and was nominated for 3 Academy Awards, including one for Best Supporting Actress, which was won by the 11-year-old Paquin! This win made her the second youngest Oscar winner ever. She took a few years off after the project, but eventually returned to acting and has since been seen in She’s All That, obviously Almost Famous, the X-Men franchise, and the hit television series True Blood for which she received $275,000 an episode and the Golden Globe for Best Performance by an Actress in a Television Series. All of this success has earned her A-list status and an estimated net worth of $14 million!

Estimated Net Worth: $3 million. Fairuza Balk is probably best known for her roles in the cult classic The Craft as the Gothic witch, Nancy, and in the highly acclaimed film American History X. Balk’s dynamic persona easily molded into the cast of Almost Famous in 2000 as she took up the role of Sapphire, the aura-seeing Stillwater groupie. Most recently she made a seven episode-stint on the award-winning series Ray Donovan, and in 2016, we will see her take the lead role as Anna Ellison in August Falls. All of her success has earned her an estimated net worth of $3 million.

Estimated Net Worth: $5 million. Noah Taylor has a long history in the biz and got into acting at the age of 16 in Melbourne, Australia, and quickly gained international attention after appearing in the film The Year My Voice Broke. His resume is long and many of the storylines he’s been involved with have been memoir or memory-based scripts. After appearing in The Nostradamus Kid, Shine, He Died with a Falafel in His Hand, and Almost Famous, Taylor expressed that he was sick of acting out the nostalgic reminisces of other people. But how can he really complain? When it’s all said and done, his portrayals of memories have earned him an estimated net worth of a massive $5 million!