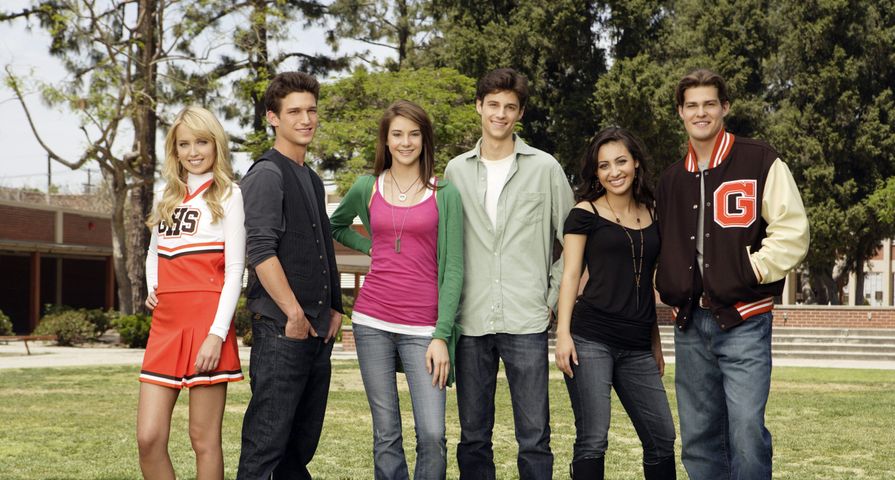 This American teen drama first aired on ABC Family and was a huge hit from 2008 to 2013. The Secret Life of the American Teenager had five successful seasons which is quite impressive for a teen drama. Created by the same show runner as 7th Heaven, the series tackles some pretty heavy societal issues by telling the story of teen pregnancy and how it affects the lives of a close-knit group of friends and family members. The Secret Life of the American Teenager served as a platform for many young actors to get their start alongside some pretty big names like Molly Ringwald and Steve Schirripa. Here’s a look at how much the cast is worth now, three years later!

Estimated Net Worth: $2 million. This young actress is only 22-years-old, but she’s already made quite the splash in her career! She’s best known for her starring roles in the feature films Kite, the upcoming film The Curse of Sleeping Beauty and Underworld: Awakening. Eisley’s also appeared in a few other small roles in films, but her other big acting credit is on television in the role of Ashley Juergens on The Secret Life of the American Teenager. These are her only notable acting credits to date, but she’s worth more than some senior actors on this list! India Eisley’s net worth sits at about $2 million.

Estimated Net Worth: Unknown. Greg Finley is definitely most well recognized for his role as Jack Pappas on The Secret Life of the American Teenager. His resume isn’t very long, but he’s continued to act and build up his career since the show ended in 2013. Before he appeared on the ABC show, Greg did one episode appearances on shows like Cold Case and CSI: Crime Scene Investigation. Afterwards, he continued to appear in small roles on shows like Law & Order, The Flash and House, as well as starred in the horror film, Hypothermia. In 2014, another big break came along when he landed a series regular role on Star-Crossed, but the show got cancelled after only one season and he his next big project was in 2015 in a recurring role on iZombie. Surprisingly, his net worth is largely unknown, but he also hasn’t held many starring or regular castings. His net worth is probably somewhere around $600 thousand.

Estimated Net Worth: $5 million. Schirripa is credited as an actor, author, producer and voice artist. His biggest money making roles have been The Sopranos as Bobby “Bacala” Baccalieri and The Secret Life of the American Teenager. He’s hasn’t had many other starring roles on shows, but he did appear on shows like Chicago Hope, Ugly Betty, The King of Queens, Law & Order, My Wife and Kids and Joey. and voiced characters on American Dad!, the Open Season franchise and Justice League. He’s a producer and host of two Investigation series, Karma’s A B*tch! and Nothing Personal. Schirripa has definitely been around practicing his acting chops for quite sometime and he’s now worth a hefty $5 million.

Estimated Net Worth: $11 million. Molly Ringwald undoubtedly earned her millions back in the ’80s when she starred in a slew of cult classic teen films like The Breakfast Club, Pretty in Pink, Sixteen Candles and For Keeps. She continued to appear in films like Cut, Office Killer, Teaching Mrs. Tingle, Bad Night and Jem and the Holograms, but she never again reached the same level of success. Recently, she’s turned to television and held a main casting on The Secret Life of the American Teenager and scored a lead role in the new series, Raising Expectations. Outside of her main castings, she’s done one episode appearances on shows like Medium, The Outer Limits, The $treet, and Different Strokes. She’s still sitting comfortably on her royalties from The Breakfast Club as she’s now estimated to be worth $11 million.

Estimated Net Worth: $1 million. This Canadian actress/singer has been around for quite some time taking on roles since she was a child. She started off with a role in the ABC family movie This Time Around and moved onto a few other Lifetime movies like She’s Too Young and The Road to Christmas. She started appearing on television on shows like Angela’s Eyes, Dark Oracle, Life with Derek and then landed her life changing role as a regular on The Secret Life of the American Teenager as Grace Bowman. Once Park got her big break on TV, the roles came effortlessly. She can be found doing appearances on shows like Entourage, Happy Endings, The Newsroom, and Jane the Virgin. She’s held recurring roles on The Neighbors and The Lottery, as well as starring roles in films like Charlie Bartlett, The F Word and Demonic. Despite all of her hard work, she’s still only quoted as being worth $1 million. We suspect that might be a bit higher, but regardless she’s quite comfortable!

Estimated Net Worth: $3 million. Francia is well recognized for her roles in Bring It On: All or Nothing, The Secret Life of the American Teenager and hosting WTFrancia on Dash Radio. She’s been acting since she was a child appearing in commercials and advertisements and she’s been known to have a close relationship with Disney star, Selena Gomez. She can also be found in a few television movies like Shredderman Rules, The Cutting Edge: Chasing the Dream, The Cutting Edge: Fire and Ice and a few episodes of popular shows like CSI, UnReal and The Mindy Project. Other than that, she’s kept a low key acting profile for now. Her estimated net worth comes mostly from her work on the Bring It On spin off and The Secret Life of the American Teenager which leaves her with an estimated net worth of $3 million.

Estimated Net Worth: Unknown. Derwin has been acting for a long, long time, but many of his credits are in the soap industry! He started his career with a role on Days of Our Lives and later as Adrian Hunter on The Young and the Restless. He then moved onto Guiding Light from 1990 to 1993 and appeared on One Life to Live on and off from 1999 to 2008. More recently, he’s been venturing outside of soaps with a co-starring role on the sitcom Life with Bonnie and small role in the feature film, Accepted. Derwin was on How I Met Your Mother, Chuck, 24, and Hot in Cleveland. But his most notable role was as George Juergens on The Secret Life of the American Teenager. His net worth is unknown, probably because he’s bounced around a lot and hasn’t had many big regular castings. He’s probably worth about $750 thousand.

Estimated Net Worth: Unknown. Surprisingly, Ken Baumann is more of a writer than an actor. For many years he worked in theater, film and television, but his focus is on writing and book design. When it comes to acting his only credit is as Ben Boykewich on The Secret Life of the American Teenager. In addition to this, he authored the novels, “Solip” and “Say, Cut, Map” and the nonfiction book, “Earthbound.” He owns and operates a non-profit publishing company and designs books for Boos Fight Books. His net worth is largely unknown, most likely because he keeps a low profile and hasn’t participated in any acting jobs since 2013. We estimate he’s worth about $250 thousand.

Estimated Net Worth: $450 thousand. Kagasoff landed his role on The Secret Life of the American Teenager right out of the gate after he began auditioning for his first roles in film and television. You’d never know this was his first major acting gig! He hasn’t done much acting since The Secret Life of the American Teenager ended back in 2013. He did appear in an episode of Stalker, two episodes of the webseries Blue and the horror film, Ouija. His most notable role since would probably be a 7 episode stint in Red Band Society between 2014 and 2015. His lack of roles leaves his net worth sitting pretty low, but he’s still doing alright for himself with a net worth of about $450 thousand.

Estimated Net Worth: $9 million. Her first film roles were in projects like Replacing Dad, Crossing Jordan and The District. She’s had small roles on television shows like The O.C., Everybody Loves Raymond, CSI: NY, Close to Home, Cold Case and Felicity: An American Girl Adventure. But her big break came when she landed a starring role as Amy Juergens on the ABC series The Secret Life of the American Teenager where she was reportedly making $40 thousand per episode! The role earned her a few nominations like Teen Choices Awards and paved the way for some more serious acting roles like the critically acclaimed film The Descendants alongside George Clooney — she even got a Golden Globe nomination herself! Woodley has also been cast in The Spectacular Now, White Bird in a Blizzard and more recently, she’s held a part in the popular Divergent film series and feature film, The Fault in Our Stars. You’ll be able to find her in the upcoming series Big Little Lies, and today she’s estimated at being worth $9 million! Not bad for a 24-year-old…