Home » Entertainment » Celebrities » Cast Of The X-Files: How Much Are They Worth Now?

Cast Of The X-Files: How Much Are They Worth Now? 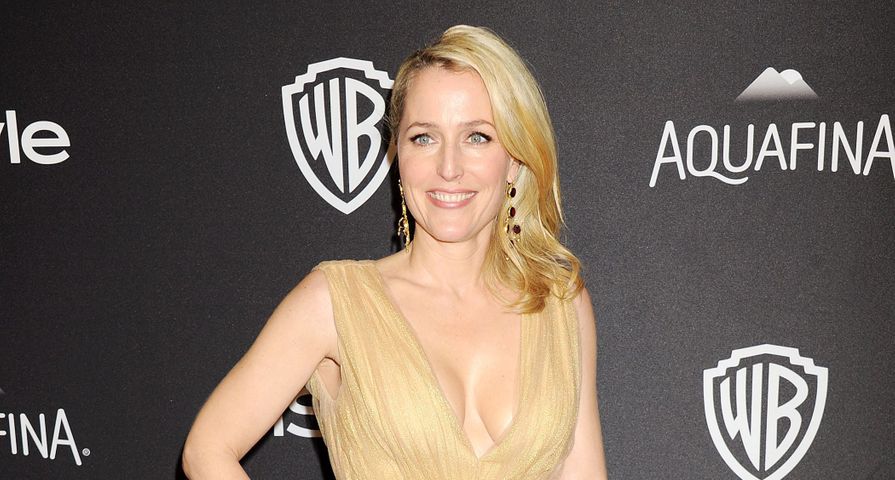 The X-Files has fans buzzing again now that the incredibly popular sci-fi show is back on air, chasing aliens and mysterious figures out to hide the truth. The original show has been off the air for a decade, and some of the actors have gone on to more success, while others seem to have mysteriously disappeared. It seems that there are no records available concerning the net worth of Tom Braidwood, Bruce Harwood, or Dean Haglund who made up the three conspiracy theory truth seekers. Nor is there any information in regards to the current financial status of Steven Williams or Brian Thompson. Agent Mulder’s enemy, Alex Krycek, played by Nicholas Lea? Nothing! We may never know, but what we do know is how much the cast of The X-Files is worth now, so be sure to check out this list.

Estimated Net Worth: $2 million. Laurie Holden played Marita Covarrubias on The X-Files, first appearing as an informant and eventually being revealed as a member of the super secretive Syndicate. Tempting, teasing, and toying with Agent Mulder, viewers could never be too sure what was truly behind her actions. Laurie was a controversial character that kept the intensity levels high. Continuing that trend with her future roles, Laurie Holden has appeared in movies like 2005’s Fantastic Four where she played Ben Grimm/The Thing’s lady who leaves him after his rock-like transformation, as well as on various shows like The Walking Dead which has resulted in a tidy little fortune estimated to be at $2 million.

Estimated Net Worth: $3 million. Annabeth Gish isn’t the most famous name in the industry, but chances are you’ve seen her in one or two (or more) of her roles during her career that stretches back to the ‘80s. She was on the popular drama The West Wing as Elizabeth Bartlet Westin, on Brotherhood as Eileen Caffee, CSI: Crime Scene Investigation as Laura Gabriel, as well as appearing as Sheriff Althea Jarry on Sons of Anarchy and Dr. Anne Sullivan on Pretty Little Liars. She’s also done some smaller roles on shows like Parks and Recreation and movies like Double Jeopardy. On The X-Files people don’t have to remember way back in the day since she’s already appeared in the newer version of the show as well reviving her role as Monica Reyes, a Special Agent with the FBI. Her busy schedule hasn’t brought her the biggest fame and fortune, but she’s still doing just fine for herself with an estimated personal net worth of $3 million.

Estimated Net Worth: $6 million. When Mulder made his mysterious exit from the show, Robert Patrick stepped in as Agent John Doggett to play the part of Scully’s new partner. Some loved him, some didn’t, but either way, the role helped solidify his place within the industry. He’s had some notable roles in Terminator 2: Judgment Day, Fire in the Sky, Striptease, Cop Land, The Faculty, Spy Kids, Charlie’s Angels: Full Throttle, Walk the Line, Flags of Our Fathers, We Are Marshall, Bridge to Terabithia, The Men Who Stare at Goats, and Safe House. You will also recognize him from his roles on The Outer Limits, The Sopranos, Elvis, Avatar: The Last Airbender, Burn Notice, Last Resort, Sons of Anarchy and From Dusk Till Dawn: The Series, and Scorpion. Robert Patrick may not come close to matching the fortune of the man he replaces on The X-Files, but Robert Patrick is doing fine for himself with an estimated net worth of $6 million.

Estimated Net Worth: $2 million. Another actor who’s already reprised his X-Files role is William B. Davis, a.k.a. CGB Spender or Smoking Man. Perpetually surrounded by a cloud of cancer-causing smoke, the man who always seemed to know more than he was saying was at times a help, but mostly a hindrance to both Mulder and Scully. Played by William B. Davis, the character taunted audiences at the very end of the first new episode and oh boy, didn’t it ever get fans buzzing. Davis himself is surely enjoying every moment of it, but it’s certainly only one high moment in a long career in the business. Appearing on shows like Continuum, Supernatural, and Stargate SG-1, just to name a few, he’s another actor who may not be basking in the billions, but he’s doing just fine for himself with his estimated net worth of $2 million.

Estimated Net Worth: $3 million. Besides the two main characters on the show, Walter Skinner was the most consistent and popular character to appear on The X-Files. Always trying to help out his agents while balancing the demands of the FBI red-tape (while also adding an extra hit of hotness to the already scorching cast), Walter Skinner was played by Mitch Pileggi, yet another actor to jump back into his role on the show’s new revival. Work has come steadily for Pileggi in the X-Files gap years, including roles on Stargate: Atlantis, Medium, as well as Supernatural, Sons of Anarchy, and Dallas. Not to mention smaller parts and guest roles in more productions than we could possibly list here, but have all helped Mitch Pileggi build his estimated net worth of $3 million.

Estimated Net Worth: $60 million. Fans who tuned in to The X-Files obsessively each week were often watching for David Duchovny as much as they were tuning in to see aliens, monsters and unexplained experiences. Flaunting his flirty nature while hunting after the truth, Duchovny became a favorite ‘90s cover boy until he left the show, leaving a devastated fan-base behind. Luckily for hardcore Mulder fans, their actor soon jumped into another role as Hank Moody on Californication, as well as trying out his hand at the ‘60s throw-back Aquarius. David Duchovny has certainly managed to bank on his success with an estimated net worth that currently at $60 million and will no doubt see a significant surge with The X-Files freaking out fans all over again.

Estimated Net Worth: $25 million. When Gillian Anderson took the world by storm as Agent Dana Scully, she established herself as one of the most talented and gorgeous women in the industry. Now, back in the role that made her famous, Anderson is reminding fans that she is still indeed one of the most best actresses in the industry. Priming her audience for a stratospheric X-File return, Gillian has been making waves recently as Dr. Bedelia Du Maurier on Hannibal and Stella Gibson on The Fall. With a long list of other work keeping her busy in the years stretching back to the original X-Files run and with her popularity buzzing all over again, Gillian Anderson has built up a fortune that will surely be growing fast and furiously in the coming days that is currently estimated to be at $25 million. Surely she’s worth much more than that!