Home » Entertainment » Celebrities » 11 Richest Voice Actors: How Much Are They Worth? 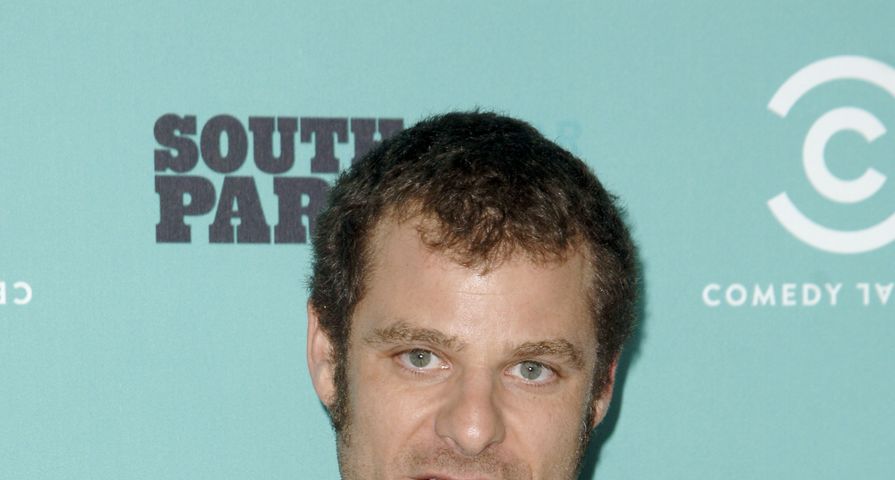 Their voices may be more recognizable than their names or even their faces, but that doesn’t stop these voice actors from raking in the wildly big bucks. Think of your favorites animated characters, think about the people who bring those characters to life, then try to imagine how much they make for that task. Then you should probably double, triple, quadruple that amount and you might be in the range of these wildly successful and wealthy voice actors. But who makes the most? Check out this list for the 12 richest cartoon voice actors and how much they’re actually worth.

Unlike some of the others on this list, Yeardley Smith is someone who has appeared both behind and in front of the camera. Appearing on screen for smaller guest roles in shows like The Mindy Project, The Big Bang Theory, and Mad Men, she’s also taken on larger roles in programs like Dharma & Greg and Herman’s Head. But her most famous role is undeniably that of Lisa Simpson. Being a rare cast member that doesn’t voice about a bajillion other characters on the show, she’s still a hugely integral part of the team with her signature tone. Because of that, Yeardley has secured herself a nice paycheck which has seriously bumped up her personal fortune to the area of an estimated $55 million. That’s right, the person who has the SMALLEST fortune on this list is sitting on $55 million. Yeardley Smith actually auditioned for the part of Bart Simpson, but feeling that her voice was too high for the male role, the show’s casting director gave her the part of Lisa Simpson instead. I bet Yeardley is fine with that!

Dan Castellaneta is another actor who likes to work on both sides of the camera. You might have seen him in shows like Greek, Castle, Parks and Recreation, The Mindy Project, The Office, Desperate Housewives, Bones, How I Met Your Mother … basically, he’s either appeared in a recurring or guest-starring role on almost every show on the air. He also played Aaron Spelling in both The Unauthorized Beverly Hills, 90210 Story and The Unauthorized Melrose Place Story. But it’s the role where you don’t see Dan Castellaneta that has brought him the biggest success. When The Simpsons rolled around, Castellaneta snagged himself a prime spot voicing a few of your favorite characters. Among others, he’s the voice behind Abraham “Grampa” Simpson, Barney Gumble, Krusty the Clown, Sideshow Mel, Groundskeeper Willie, Mayor Quimby, Hans Moleman and of course Homer Simpson himself. His voice work has proved very profitable with a net worth of $60 million.

Nancy Cartwright really hit voice-actor gold when she landed the role of Bart Simpson. The main character on one of the most popular animated programs of all time, she’s been paid to reflect that fact. Yet, despite being best known for Bart, she actually tackles a few other characters on the show including Nelson Muntz, Ralph Wiggum, Todd Flanders, Kearney, and Database. But it’s Bart that’s her bread and butter and led her to fame and fortune. Her website even pops up on Google as Nancy Cartwright the Voice of Bart Simpson.  And being the voice of Bart Simpson is obviously working for Nancy Cartwright who is currently worth an estimated $60 million. Being a trouble-making kid (or at least the voice of one) apparently can bring in the big (BIG) bucks. Nancy Cartwright also voices many other popular characters (too many to list here) and is the voice of Evil George/Evil Harold in the upcoming production of Captain Underpants!

Harry Shearer is definitely known for roles other than his characters on The Simpsons like the 1984 film This Is Spinal Tap which he co-created, co-wrote and co-starred in. But just like the others on the list before him, his role on The Simpsons has helped secure his place in Hollywood and pad his fortune nicely. Able to make up new characters whenever needed and with the ability to switch from different characters within one scene, he’s Principal Skinner, Kent Brockman, Mr. Burns, Waylon Smithers, Ned Flanders, Reverend Lovejoy, Dr. Hibbert, Lenny Leonard, Otto Mann, Rainier Wolfcastle, Dr. Marvin Monroe, among many more. If thinking about Hans Moleman or Groundskeeper Willie as millionaires is strange, what about Waylon Smithers or Ned Flanders, Reverend Lovejoy or Lenny? Because all of them, as a part of Harry Shearer, are worth a whopping $65 million.

Hank Azaria may be the most recognizable member of The Simpsons cast appearing in movies and television shows with a regularity that makes you wonder how he fits it all into his schedule. The voice of Moe Szyslak, Apu Nahasapeemapetilon, Comic Book Guy, Carl Carlson, Cletus Spuckler, Professor Frink, Dr. Nick Riviera, Lou, Snake Jailbird, Kirk Van Houten, the Sea Captain, Superintendent Chalmers, Disco Stu, Duffman, the Wiseguy, and many more minor characters. But when he’s not working on The Simpsons, he was busy appearing on shows like Mad About You and Friends as well as appearing on Herman’s Head along with future Simpsons co-star Yeardley Smith. You’ll also remember him in movies like The Birdcage, Grosse Pointe Blank, Godzilla, Along Came Polly, and Dodgeball: A True Underdog Story. Taking the top spot among The Simpsons gang, Hank Azaria has a current estimated net worth of $70 million. But if you think that’s impressive, remember that’s he’s only #8 on this list. There are 7 more voice actors who can actually top that!

Mike Judge is certainly a force within the industry. An actor, voice actor, animator, writer, producer, director, musician, and cartoonist, he often works in multiple roles on the projects he’s a part of. Responsible for the quirky work-hating movie Office Space, he’s also the creator of Beavis and Butt-head, King of the Hill, and The Goode Family, as well as being the co-creator of Silicon Valley. Creating some of the most popular and successful shows on television might be enough for some, but not for Mike Judge. He was also the voice of both Beavis and Butthead along with most of the other characters on the show, was the voice of King of the Hill’s Hank Hill and Boomhauer, and if you are a fan of South Park: Bigger, Longer and Uncut, you’ll hear Judge as the finally unhooded Kenny McCormick. Beavis, Butthead, Boomhauer…who would have thought they could lead a man to a fortune estimated to be in the area of $75 milllion?! But they certainly did just that for Mike Judge.

If there’s a classic animated series that you hold near and dear to your heart, there’s a good chance that Jim Henson was somehow involved with its creation. A legend in the business, and rightfully so, Jim Henson was the force behind both The Muppets and Sesame Street as well as Fraggle Rock and Labyrinth. In the early days, he himself voiced the characters as well as manipulated the puppets, and in later years was the brains and imagination as well as the inspiration behind the following projects and lasting legacy. Who knows what the business would be without the contributions of Henson which is in part why, at the time of his passing, he was worth an estimated $90 million. Thank you, Jim Henson, from children of all ages!

Time to make a big jump money-wise. Jim Henson might be a legend in the business, but that doesn’t mean his fortune can compare to what those in the industry are managing to pull in in today’s market. If we want to get into the area of Seth MacFarlane, for example, you’ll need to grasp an entirely new type of fortune. The television producer, filmmaker, actor, and singer (yup, singer) is the creator of Family Guy, co-creator of American Dad as well as The Cleveland Show, and is the writer and director of the films Ted and Ted 2. So how much of a financial jump must we take? We’re talking over $100 million here. Jim Henson might be worth $90 million, but Seth MacFarlane is banking a wild $200 million.

Ready to jump again? We’ll need to add another $100 million to reach the fortune that Matt Stone is dealing with. There was no boundary South Park wasn’t willing to cross, no person/belief/religion/nationality that they weren’t willing to mock, and Kenny was killed in every imaginable way. And this was the key to success for the show which resulted in co-creator Matt Stone shooting his way to the top of the animated program game. Also responsible for the multi-Tony Award winning musical The Book of Mormon, Matt Stone is currently worth an estimated $300 million.

Trey Parker co-created South Park along with Matt Stone, so it’s not so surprising that he’s matching his partner’s estimated net worth. Working again with Matt Stone on The Book of Mormon as well as taking on more television projects 2000’s That’s My Bush! And 2002-2004’s Team America, he’s definitely still going strong along with his buddy Stone. But it was South Park that set him on his way, earning him fame, popularity, four Emmy Awards, and a huge fortune, Trey Parker is currently working with a bank account filled with $300 million.

Take a deep breath and prepare yourself because we’re no longer in the realm of millions. And we’re not just talking about a billion or two. Hitting #1 on this list is Walt Disney, the man who may have passed back in 1966, but whose name is still alive and thriving in the movie biz. Disney may be the man behind the business but he is also the original voice actor of Mickey Mouse had his inception back in the ’20s. Taking the industry to an entirely new level, he also takes this list to an entirely new dimension with an estimated net worth of $5 billion.