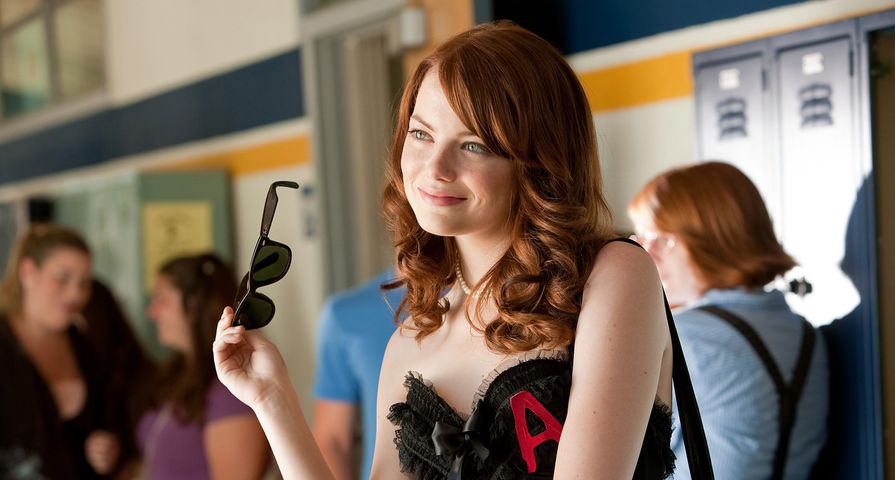 It is hard to believe that 2010’s Easy A was Emma Stone’s first starring role, and now she is one of Hollywood’s most sought after actresses. The film itself was a major hit thanks not only to Stone but the rest of the amazing cast, and of course the hilarious storyline, which made it an instant classic high school film. Easy A became a huge financial success after making a worldwide total of almost $75 million which was nine times more than its original $8 million budget. Seven years later, check out how the cast has fared, and how much they are all worth now!

Estimated Net Worth: $25 Million. Stanley Tucci is one of the most beloved and versatile actors in Hollywood, and it has definitely paid off for him. Since making his film debut in 1985, Tucci has now racked up 122 acting credits to his name through both film and television with some of his most well known roles being in The Devil Wears Prada, The Hunger Games, Transformers, and of course, Easy A as Olive’s father, Dill. Now, Tucci has an impressive estimated net worth of $25 million.

Estimated Net Worth: $70 Million. After more than 50 years in the industry, actor Malcolm McDowell has had an incredibly prolific career with 255 acting credits to his name. Starring in everything from TV dramas, thrillers, and even offering his voice to children shows such as Phineas and Ferb, it isn’t surprising he has become a Hollywood icon. Best known for his roles in A Clockwork Orange, Halloween, The Artist, and of course Easy A as Principal Gibbons, McDowell now has an incredible estimated net worth of $70 million.

Estimated Net Worth: $60 Million. Lisa Kudrow is of course best known for her role as Phoebe Buffay on the iconic series Friends, but her 10 year run on the series hasn’t stopped her from taking on other acting roles. In Easy A she portrayed guidance counsellor Mrs. Griffith and has recently starred in series such as The Comeback and Web Therapy. All together, Kudrow has 73 acting credits to her name and has made a fortune estimated to be around $60 million.

Estimated Net Worth: $4 Million. After a small part on the soap opera The Young and the Restless, Cam Gigandet got his big break when he appeared on the fan favorite series The O.C. as Kevin Volchok. Since then he has appeared in movies such as Never Back Down, Twilight, Burlesque and Easy A as Micah. He’s also been in the film The Magnificent Seven and the series Ice. For now, Gigandet has a net worth of $4 million.

Estimated Net Worth: $2 Million. Aly Michalka is a double threat in Hollywood with both a successful acting and singing career. She began acting at a young age starring in the Disney series Phil of the Future and went on to appear in Easy A as Rhiannon, and starred in the short-lived series Hellcats. Michalka currently has a main cast role in the series iZombie, and is best known to others as one half of the musical duo Aly & AJ with her sister Amanda. With both careers, the star has an estimated net worth of $2 million.

7 Books That Made Awesome Movies

Estimated Net Worth: $3 Million. After getting her Master’s Degree in Fine Arts, Patricia Clarkson dove right into acting, landing her first on-screen role in 1987’s The Untouchables. She has worked continuously since with roles on Broadway and in film and television. She is best known, however, for her roles in Shutter Island, The Green Mile, Vicky Cristina Barcelona, and Easy A as Rosemary. With 87 acting credits to her name, Clarkson now has an estimated net worth of $3 million.

Estimated Net Worth: $20 Million. Thomas Haden Church is now a well known star in Hollywood, but actually began his career on the radio doing voice over work. After moving to L.A. to focus on acting, he had a few small roles in shows such as 21 Jump Street and Cheers before landing a starring role in Wings. He has since starred in movies such as George of the Jungle, Spanglish, Spider-Man 3, and Easy A as Mr. Griffith. He has most recently starred in the new series Divorce, and has made an impressive estimated net worth of $20 million.

Estimated Net Worth: $5.7 Million. Back in the early 2000s, Amanda Bynes was one of the brightest young stars in the industry after starring on her own Nickelodeon series The Amanda Show. She went on to star in series such as All That and What I Like About You, as well as movies such as Big Fat Liar, What a Girl Wants, and She’s The Man. After a few years with limited work and talk of retiring, she appeared in Easy A as Marianne in her last role before her downward spiral. She’s currently trying to get her career back on track, but she hasn’t landed any roles as of yet. She’s still doing pretty well for herself though, with her net worth of $5.7 million.

Estimated Net Worth: Unknown. Dan Byrd began acting as a child in the late ’90s and landed small parts in films and series until becoming a series regular on Any Day Now. Since then he is best known for his role as Carter in 2004’s A Cinderella Story and has also appeared in The Hills Have Eyes, Heroes, Cougar Town and, of course, Easy A as Brandon. Despite almost 51 roles, Byrd’s estimated net worth remains unknown.

Estimated Net Worth: $8 Million. Penn Badgley began acting professionally in theater and also did voice over work before switching to on-screen work with a small role in Will & Grace in 1999. He then gained more notice after appearing on The Young and the Restless for 10 episodes. Now, he is best known for his starring role as Dan Humphrey in the hit CW series Gossip Girl from 2007-2012. He has had several movie roles over the years as well, including Easy A, and is now focusing on his music. He has a reported net worth of $8 million.

Estimated Net Worth: $28 Million. After dropping out of high school to move to L.A. and pursue acting, it is safe to say Emma Stone made the right decision. She landed her first role in 2005 for a TV movie and appeared in series such as Medium and Malcolm in the Middle, before getting movie roles in Superbad, The House Bunny, Ghosts of Girlfriends Past and Zombieland. Her first starring role was in Easy A, and she has had non-stop hit movies since and won an Oscar for her performance in La La Land. She also has an estimated net worth of $28 million!