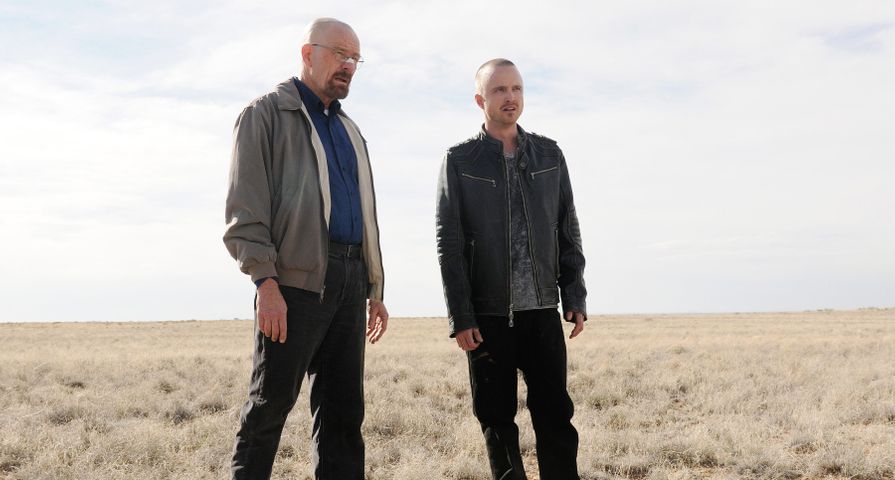 The quotable lines of film and television: they give birth to lore and legend. Regarding popular culture, television is king, rife with characters who come with loads of personality, and more than a few catchphrases. Can we imagine Homer Simpson without “D’oh!?” How about Hurley on LOST without, “Dude…” And those are simple, single words/wordless contractions that are iconic in representing two of television’s most cuddly characters. Let’s consider some more, shall we? Here are 12 of the greatest lines and catchphrases from the world of TV.

Family Matters ran from the late 1980s into the thick of the 1990s. ’89 – ’98 to get real specific. There is no arguing the reasons–or reason–why the show was so popular, and ran as long as it did: Steven Quincy Urkel. Steve Urkel was the kid who made the nerd thing work for many who weren’t what they wished on a particular field of play, or appealing to the eyes of the opposite sex. It was OK to be a nerd thanks to Steve Urkel. True to form, and caricature archetype, Steve came complete with a catchphrase. And this catchphrase was something that became emblazoned on t-shirts worldwide, while being uttered by men, women and children everywhere when they would mess something up royally: “Did I do that?” It became a gag on the show for other characters to use it when least expected.

Full House has remained relevant since its initial release in 1987. The show first aired almost 30 years ago, and its original episodes remain in syndication, gaining popularity among yet another generation. Simultaneously, the iconic television show is enjoying a rebirth in the form of a Netflix-produced sequel, Fuller House. The original show offered its fair share of memorable catchphrases, dialog and one-liners for several of the characters. Joey: “Cut it out.” Stephanie: “How rude.” Michelle: “You got it dude.” Duane–Kimmy’s boyfriend–uttering “Whatever…” Still, nothing compared to the phrase of phrases–the phrase that people still toss around in popular culture–an homage to John Stamos: “Have mercy.” We can rest assured we’ll hear some of these old lines in the new series, offered with a contemporary twist.

“Hey y’all!” Friday Night Lights was full of its own wonderful idiosyncrasies in the realm of linguistics. The characters were quite well defined beginning with the pilot. Some characters became stronger as the the show went on, but it was so wonderful to see that no one became a caricature at any point. From Tami Taylor using y’all as liberally as Paula Deen uses butter to Coach Eric Taylor always referring to Landry Clarke as “Lance,” this show was as charming as it was inspiring. Regarding inspiration, there was one catchphrase, or rally cry that stood out among all others, and now, you can get into circles of young athletes who have never seen the show, but know the most famous words from it. Buddy Garrity lamenting, “Talkin’ ’bout toxic fumes…” No. We kid. Let’s say it together: “Clear eyes, full heart, can’t lose!”

This show served as the beautiful walls Tina Fey built upon her Saturday Night Live foundation. She’s the woman, that Tina. Cool. Irreverent. Self-deprecating, but obviously as supremely confident as one can get in the entertainment industry. Like many of the other shows on this list, 30 Rock came with several well-defined characters, and popularized everyone’s favorite slang expression when referring to our online world: Interwebs. Nah, you don’t have to capitalize Interwebs like you do Internet, but it’s a show of respect to Tracy Morgan. When it comes to lines, and catchphrases, there was another, offered by Tina Fey herself, that is evident every time someone speaks of a hoped for destination, or posts a photo of some gorgeous locale on the Interwebs: “I want to go to there.”

Seinfeld was one of the most quotable shows of an era. Oftentimes, they took popular quotes and phrases, and mixed them into the world of Seinfeld in order to let us all know how absurd those phrases were. It worked out well for the show’s producers and stars. Thinking back, line after line comes rushing like a flash flood: “Master of your domain.” “Well, the jerk store called…” “You’re an anti-dentite!” “No soup for you!” This show may be better now than it was when it was running, based on nostalgia, and because it was just before the world was crushed by the fear, paranoia and political correctness following 9/11. But avoiding major bummers, let’s consider the one phrase that people used before the show, but Seinfeld took, ran with, and turned into a thing: “Yada, yada, yada.” There is no better conversational segue.

For many of you fine readers, you may not be familiar with The Honeymooners, or the stars of said black and white sitcom, but this show paved the way for more irreverent humor on television. We’d have never enjoyed All In The Family, South Park, Family Guy, The Simpsons or Roseanne without The Honeymooners. Ralph Kramden was the show’s main character, and he was played to perfection by comedic legend, Jackie Gleason. If these names aren’t ringing a bell, it’s time to go back and study your television history. Kramden was a bus driver in Brooklyn, and he and his wife, Alice, had a relationship built on opposition. They would quarrel–as they said, back in the day–to the point of wanting to commit physical acts of violence against the other, only to melt into the other by episode’s end. But when Ralph got angry? “Bang! Zoom! To the moon, Alice!”

Friends was another long-running sitcom that offered more than its fair share of memorable quotes, and catchphrases… songs… pieces of dialog: the list goes on. The characters wavered between sincerity, and being complete caricatures, but they were all charming, and good-looking… and the show always lured stellar guest stars, so we stayed with it. The show has found the next generation via syndication, and everyone who has Netflix can now understand the plight of “Smelly Cat.” Yes, the show was so popular, people even named their cats Smelly, thanks to Phoebe Buffay (Lisa Kudrow). When it came to memorable lines, and catchphrases, none compared to the three little words, and tonal inflection offered by Joey Tribbiani: “How you doin’?” Go to the wrong bar, and you can still hear guys use this line on some poor, unassuming girl.

5. Saved by the Bell

“Time-out!” What a strange, and almost unsettling phenomena Saved by the Bell is. Yes, to this day, it can suck you in to a binge watching session, just as it could in the early 1990s at the height of its popularity. There’s no denying how bad the show is, and yet it is so charming you cannot help but watch. At times, there are even legit laughs–things that are actually funny. Why these actors wanted to pursue careers after making the greatest thing that has ever occurred in the history of television, one can only point toward vain ambition. Just take the residuals and move to Thailand, people. Lie on a beach. Eat fresh coconuts. “Time-in!” So, Saved by the Bell… what a strange show, eh? It offered us one of the greatest lines and dramatic performances ever… “I’m so excited! I’m so excited! I’m so… scared!?”

The popularity of I Love Lucy has to be measured on a scale of relativity. There were far fewer people watching TV at the height of Lucille Ball’s popularity, because there were far fewer people with the label of “American.” But to put Lucille’s popularity into perspective: no one else appeared on the cover of TV Guide more than this woman. She was truly beloved by everyone, and went a long way in suggesting to the tradition of male-dominated culture: “Hey, we ladies got more up our sleeves than you may realize.” There’s some serious irony in Lucille Ball playing the bumbling, klutzy Lucy, but few women have done physical comedy like this master. The show is still running in syndication, 64 years after it was first released, and few things are better than Ricky Ricardo’s catchphrase, “You got some ‘splaining to do!” in that thick, Cuban accent.

There have been so many lines and phrases born of Saturday Night Live sketches. Where should we begin, and where should we end? Well, we know where we’ll end, but let’s enjoy a few honorable mentions. “Schwing!” “Live from New York, it’s Saturday night!” “Could it be… Satan!?!?” “Come on, Bass-o-Matic!” “Cheeseburger, cheeseburger, cheeseburger…” “I live in a van down by the river!” “Gimme some candy!” “Superstar!” “We’re here to pump… you up.” The show that has enjoyed over 40 years of inventing memorable characters, and create quotable catchphrases, and they knocked the ball out of the park early. There was one phrase that was so unexpected, so acute, so inappropriate and so hilarious, it chiseled legitimacy into the show’s cornerstone. It came during the Point/Counterpoint segment of “Weekend Update,” when Dan Aykroyd proclaimed these famous words: “Jane, you ignorant slut.”

Maude was a groundbreaking television show. It wasn’t scandalous, so much as it was pushing into a reality that hadn’t been displayed on television before. Maude Findlay was portrayed by late, legendary actress, Bea Arthur, and the show featured the suburban life of the liberal Maude, her fourth husband, Walter, her divorced daughter raising a son as a single mom, and a host of issues that TV producers didn’t wanna touch with 10 foot pole… before Maude. Norman Lear (Sanford and Son, The Jeffersons, All In The Family) was the man behind the six year run of Maude, and instrumental to putting together a smart team of writers. In a twist of irony, and genius, the “liberal,” “progressive” Maude had a catchphrase. And that catchphrase was rooted in reference to the big man upstairs. If you rubber her wrong, she’d simply retort, “God’ll get you for that…”

Is it too soon to have Breaking Bad at the top of this list? Vince Gilligan took TV in a new direction with this hard-hitting drama that garnered more laughs than a lot of purported TV comedies. Bryan Cranston was perfection as Walter White, and Aaron Paul was a revelation as his sidekick, partner, nemesis and conqueror, Jesse Pinkman. Yes, Jesse reignited the world’s love for a favorite curse word, calling anyone and everyone a b****, but the things Walter White would say–both terrifying, and hilarious–were water cooler conversation the following day. He didn’t need catchphrases, he had lines. Lines that landed like a ton of bricks. And there were none better than when he fully gave in to the dark side. “Now. Say my name… …You’re g**damn right.” Anyone else felt guilty for standing up and cheering?