Home » Entertainment » Celebrities » 12 Celebrity BFFs Who Are The Real Deal

12 Celebrity BFFs Who Are The Real Deal 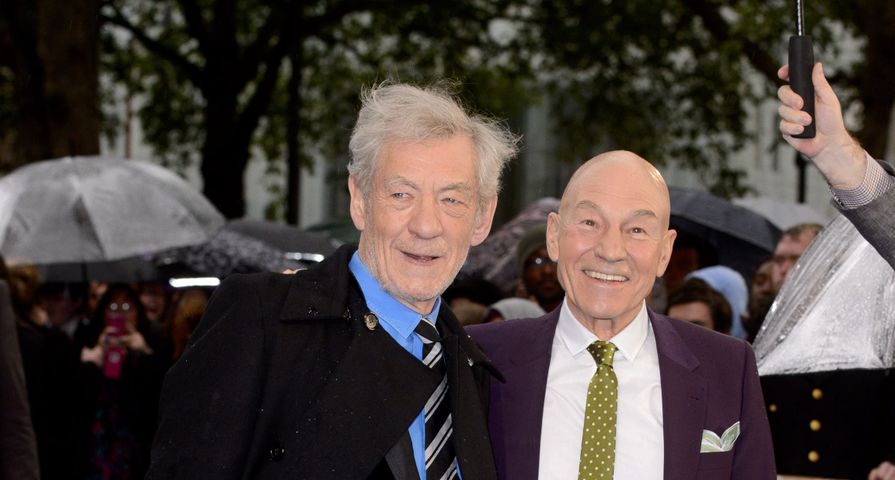 Having a BFF (or best friend forever for those not in the know) is one of the best relationships a person can be lucky enough to have and that must be especially true of celebrities who face their own unique stresses and situations. That’s why some of the best buds in the business are both equally as famous. Here are the 12 celebrity BFFs who are obviously the real deal.

Similar upbringings can make for great friendships as your pal is more likely to understand where you’ve been and where you’re coming from. Both Kelly Osbourne and Miley Cyrus have famous musician fathers and the two girls bonded while appearing in the straight-to-DVD movie So Undercover. Now that both are famous in their own right, the besties can continue to bond over their love of wild hair and fierce attitudes.

Michelle Williams and Busy Philipps first met back in their Dawson’s Creek days and have been best friends ever since. It’s not unusual to see the pair posing together at high-profile events, spending a chill day together, or even ringing in the New Year together on a vacation in the Maldives with the caption: “Bffs. I LOVE VACATION. #maldives #2017 #tequlia… One more…. #mushacay #2013 #newyears #bffs.” It’s actually #2015, but Busy can be forgiven as they were apparently having quite the friend-filled (and drink-fueled) party.

Being cast as stars on the hit series Friends led Jennifer Aniston and Courtney Cox to become real-life BFFs. Through rising stardom, marriages and divorces, headlines and rumors, these two have seen each other through the best and worst of times and continue to be as close as ever.

Known for their love of playing practical jokes on each other, as well as both being regularly voted to the most beautiful men lists have made George Clooney and Brad Pitt’s friendship a thing to watch for more reasons than one. Although recent reports have the two besties fighting and feuding over the rights to Law of the Jungle, “a book that will become a movie about Ecuador’s issues with pollution in the jungle.” Make up, lads! For all of us.

Matt Damon and Ben Affleck have been best friends since they were kids growing up in the same neighbourhood, a mere two blocks from each other. Although there was a slight age difference, the boys had common interests that kept them close throughout their formative years and right into adulthood as they each pursued their acting dreams. It all came to a head with the pair winning Oscars for their screenplay of 1997’s Good Will Hunting and giving one of the most exuberant Academy acceptance speeches ever. Looks like they’re BFFs for life. In fact, Matt Damon and Ben Affleck are tenth cousins once removed (through a common New England ancestor), so really, they’re practically family!

Salma Hayek and Penélope Cruz have been best friends, even describing each other like sisters, since the two worked together on the 1998 movie The Hi-Lo Country. Cruz was new to the country and understandably nervous, but things soon changed when Salma herself showed up to pick Penélope up from the airport and proceeded to show her around. The two became fast friends and are regularly spotted in each other’s presence around Hollywood. “I love Salma Hayek”, Penélope Cruz has said. “We’ve been friends for a really long time. I admire how she has come such a long way and always remained grounded and who she is. She never compromises to follow her vision and she is loyal. Such qualities only mark the great stars.”

Nicole Kidman and Naomi Watts have known each other since they were both teenagers and the two leading ladies can often be seen hanging out in Hollywood, accompanying each other on the red carpet, or even engaging in a semi-make-out session on stage. “Nicole, 47, played the lead role when she grabbed 46-year-old Naomi’s face and went in for the kill, landing her pink lacquered lips on her keen gal pal.” Mmmmmwah!

Leonardo DiCaprio and Tobey Maguire may have met when they were facing off against each other as they were breaking into the business, but that didn’t stop one of Hollywood’s best bromances from blossoming. “What is undoubtedly one of Hollywood’s longest-running and most notorious bromances began in their teens while they were auditioning for the same roles in the late-1980s. As the fable goes, the pair quickly became friends and vowed to help each other get parts.” When Tobey was asked about working with DiCaprio in 2013’s The Great Gatsby, he answered, “The fact that I was forced to see one of my best friends every day was fantastic.” Best BFF bromance!

Both staple starlets in the Hollywood scene, Drew Barrymore and Cameron Diaz became best buddies when they both appeared in 2000’s blockbuster Charlie’s Angels. The pair wielded weapons, saved the day, and bonded as BFFs while filming and have been perfect pals ever since. “We knew each other for years around Los Angeles…We’d see each other out and wave and say hi, but we didn’t even have each other’s phone numbers. [After Charlie’s Angels] we spent every waking moment together for months and months-and years!” said Drew. And Cameron is just as fiercely fond of her friend, even cutting an interview short in defence of her BFF when KIIS 106.5’s Kyle & Jackie O Show’s Kyle Sandilands “made a snarky comment about her best friend Drew Barrymore’s troubled tween and teen years.” Not cool, buddy.

Tina Fey and Amy Poehler take the prize as Hollywood’s most hilarious best friends. The two met when they were both studying their craft in Chicago and then hit fame when they both starred on Saturday Night Live. The duo are so dynamic that they have paired together for multiple movies and are a favourite to host awards ceremonies like the Golden Globe ceremonies, which they have hosted for three successful years. Unfortunately for fans, it’s looks like they’re done that particular gig. “’No, we’re good,’ Fey said when asked if she would want to tackle yet another year of making the folks laugh at the Beverly Hilton. “We’ve had so much fun doing it, but it’s its own special moment in time that will end.” And if you were thinking that maybe they’d be moving over to the Oscars, think again. Here’s to hoping they change their minds.

The cutest BFFs in Hollywood might just be the oldest. Patrick Stewart and Ian McKellen come in at 75 and 76 respectively, but you’d think they were young lads with the way they joke around and seem to always be having the best time. Whether appearing as Magneto and Professor X together in the X-Men movies, McKellen officiating at Stewart’s wedding to 39-year-old singer Sunny Orzell, or grabbing a pint in tiny bowler hats, these two are the kind of long-lasting best friends that we all hope to have down the road.

The adorable friendship between Taylor Swift and Karlie Kloss began in February of 2012 when Taylor was appearing in her first cover story with US Vogue. She apparently spotted a shot of Karlie and declared, “I love Karlie Kloss… I want to bake cookies with her!” Her soon-to-be-BFF replied via Twitter, tweeting, “Hey @taylorswift13 love the @voguemagazine cover! Your kitchen or mine? :)”  They met in person for the first time when Taylor Swift performed at the Victoria’s Secret show and Karlie deemed it then that they become best buds. “We met at the show, we never met before but we’re BFFs now. It’s nice to meet another American girl, we’re the same age and she’s so inspiring — she’s so talented and she’s true to who she is. She’s a cool girl and I’m glad she’s in the show this year, she rocked it.” And you’re both rocking the best-friendship.