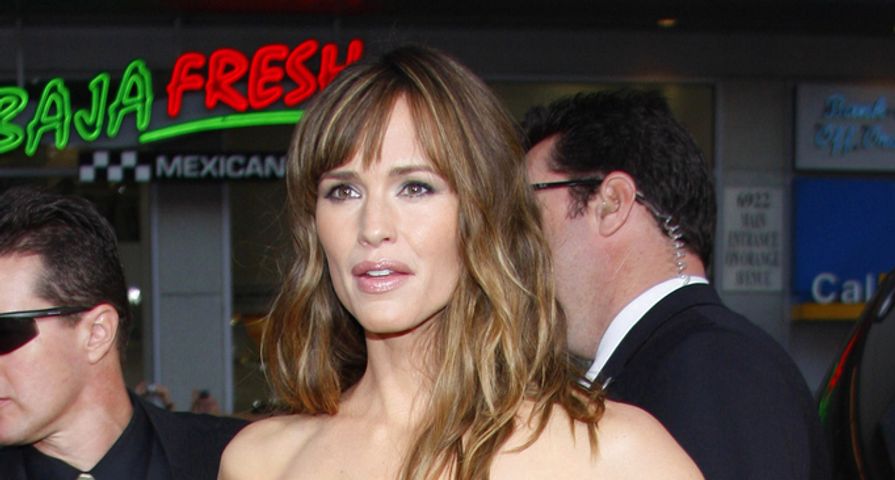 Being a celebrity comes along with endless perks of a glamorous and exciting life. Unfortunately, it also has its downfalls and one of the biggest of those is stalkers. When a “fan” becomes obsessed or even delusional in regards to their relationship to a star, things can turn from adoration to fixation and even violence without any provocation (or most times, even contact) from the celebrity at all. Nowadays, those in the public eye are quick to take action against anyone showing stalking behavior out of pure necessity and for the safety of themselves and those around them. Bodyguards, massive home security, and restraining orders are now more the rule than the exception when a star reaches a certain status. From singers to actors to reality stars, anyone who is in the public eye is at risk of being in the sights of someone unhinged and unbalanced. Here are 12 celebrities who have dealt with terrifying stalkers.

Things aren’t always friendly in the Hollywood-based world of Jennifer Aniston. The former Friends star had to deal with a scary stalker back in 2010 when a man named Jason R. Peyton traveled across the United States with the intention of marrying Aniston despite the fact that the two had never even met. When he was arrested by police, he had apparently been spending his days trying to track down Jennifer Aniston on Sunset Boulevard and officers found Peyton in possession of a sharp object, duct tape, and notes that he had written to the star that referred to his love for her. A sharp object, duct tape, and love notes. *shudder*

Celebrities get a barrage of messages over Twitter, from praise to criticism and everything in between. But when tweets began popping up threatening actor Ellen Page, everyone around the young star took the situation very seriously. Whoever was writing the online posts claimed that they themselves were going to murder Page and police were brought in to investigate. The result was that they pinpointed a man by the name of Joshua Michael Myers for being responsible for the online threats and he was ordered not to contact Ellen Page in any way for at least three years. Sounds like he should stay away from her (and Twitter) for a heck of a lot longer than that.

Paris Hilton seemed to get everything she wanted when she forcefully thrust herself into the public eye. But she also got more than anyone would ever want when she became the focus of a stalker named James Rainford. Rainford decided to go after Paris’s boyfriend at the time instead of the socialite reality star herself and attempted to kidnap Cy Waits from outside of a Los Angeles courthouse while Waits was leaving from a hearing where he and Paris were testifying against a totally different man who tried to break into Hilton’s home and burglarize the place. But that wasn’t the only time Paris Hilton had to deal with a super scary stalker. A man by the name of Nathan Lee Parada showed up at Paris’s house with two knives in his possession and obviously no good intentions. No wonder she’s always seen with bodyguards close behind.

Justin Bieber is another star who’s not only dealt with stalking behavior, but has also dealt with more than one stalker. In fact, he’s dealt with at least three serious criminal stalkers who were working together. A man named Dana Martin was already in prison in New Mexico for the horrific rape and murder of a young teenaged girl when he set his sights on Justin Bieber who he was allegedly attracted to. Unable to reach the star himself, Martin contacted a fellow criminal and apparent prison pal Mark Staake and arranged for Staake and his nephew Tanner Ruane to track Bieber down and castrate him so that Martin could have the removed parts for himself. Luckily for the young star – and his bits – police discovered the plot and arrested the men before they could reach the still-intact Justin.

Madonna had to fear the same stalker twice when the man who had been arrested in the ’90s escaped the mental institution he had been committed to and was suddenly again at large. Robert Dewey Hoskins was sentenced to 10 years in prison for stalking the mega-star in 1996 after her bodyguards had been forced to shoot Hoskins when he invaded Madonna’s Hollywood Hills property. Hoskins intention was to marry the singer and if that didn’t happen he would “slash her throat from ear to ear.” Holy geez! He served his full sentence for that crime, but was arrested again for another offense and was sent to a psychiatric hospital, which is where he managed to escape from in 2012. Luckily for Madonna, and the general public, Hoskins was arrested yet again shortly after and was sent back to a mental hospital.

“I believe that a restraining order should be issued against me to prevent me from trying to contact Selena Gomez. I do not wish to object to the restraining order against me because I know it is the only thing that will make me stay away from Selena.” It’s not usual for the stalker themselves to agree and be cool with the measures taken against them to keep them away from the celebrity of their focus. However, Thomas Brodnicki claimed that it was the best thing since he also claimed to have “over fifty conversations with God a day, about killing Ms. Gomez.” Yikes! A restraining order was indeed granted and Brodnicki must legally stay away from Selena Gomez for three years. Let’s all hope he stays away from her for a lot longer than that. Like, forever.

Usually, it’s the star taking the stalker to court, but in the case of Britney Spears and Masahiko Shizawa, it was the other way around. After becoming obsessed with the pop star, Shizawa sent countless messages to Britney including love letters, emails, and pictures of himself. His messages were also threatening and included lines like, “I’m chasing you.” Indeed, he was. He began to show up outside of Britney’s homes trying to get inside. When he came up against the celebrities’ bodyguards, they did what bodyguards are supposed to do and protected her from the man who was not supposed to be there and posed a danger to the star. After the incident, Shizawa actually attempted to sue Britney claiming he had suffered “extreme emotional stress,” clearly ignoring the fact that he caused the entire situation in the first place and surely experienced nothing like the “extreme emotional stress” that Britney went through because of it all.

Justin Timberlake’s stalker Karen McNeil is what some might call a serial stalker. Before targeting the former ‘N Sync and “Sexy Back” singer, Karen McNeil had her sights set on Guns N’ Roses singer Axl Rose and was arrested various times for showing up at his home. Perhaps she has a penchant for guys in bands with “N” randomly in the name. Whatever the reason, she shifted her attention and began to show up more than once at the Justin Timberlake’s home and apparently had quite the story going on in her mind involving her and Timberlake ruling the Universe together because she was, in fact, God. And not only that, she claimed that Babylon witches were after her with the intention of casting evil spells on her. Yowza. McNeil was taken to a psychiatric facility to deal with her delusional stalker issues.

Jason Luis Rivera wasn’t quite sure who he thought Miley Cyrus was in relation to him, but he certainly thought he needed to get close to her. “I am friends with Miley Cyrus….She’s my wife. Me and Miley have been friends for five years.” Nope, nope, and nope. After trying to get into her home with a pair of scissors, Miley had a permanent restraining order taken out against River, which resulted in him being charged with misdemeanor trespassing. Rivera was sentenced to 18 months in jail for the offence.

Beyoncé’s stalker was also suffering from a serious case of delusional thinking, but where other stalkers imagine themselves to be in a relationship with the object of their obsession, Bassey Essien claimed to believe that the true Beyoncé Knowles was dead and had been replaced by an imposter. The supposed imposter was living it up as the superstar and Essien felt that it was his job to expose that fact. In 2009, he also sent threatening letters to the woman who he believed was a fake Beyoncé (or, ya know, the actual Beyoncé), which resulted in her security guards to be on the lookout for him whenever the singer was out in public.

Stalkers and intruders usually attempt to climb a fence to gain access to a star’s private property or get at a celebrity when they are out in public, but in May of 2013, Lucas Vorsteveld decided that his best chance to reach Taylor Swift was through the water. Swift’s stalker was arrested while he attempted to swim from Taylor’s private beach to her property where her house was located and then back again. It was roughly a mile-long trip through the water, but whatever the length, police made sure it was an unsuccessful journey.

When Jennifer Garner became the focus of Steven Burky’s stalking intentions, she not only had to worry about herself, but also for her entire family. Burky allegedly started stalking Garner back in 2002, “when he posed as a college student and then a punk rocker to meet her at an Ohio college and record store in Los Angeles.” From there, he began to follow Jennifer wherever she traveled in the U.S. and “his obsessive and harassing behavior has escalated to the point of becoming dangerous and threatening.” Jennifer has described the incidents and the resulting stress and fear she and her family have suffered by saying, “Mr. Burky’s repeated efforts to contact me, his delusional and paranoid letters, his appearance at my private residence, and his recent claims that I will be ‘persecuted’ in a manner that may result in my death are all extremely frightening.” Jennifer was granted a restraining order, but things elevated again when Burky was arrested after being seen loitering around Jennifer Garner and Ben Affleck’s daughter’s nursery school when she was just four years old. Seriously scary stalking behavior.