12 Celebrities Who Served In The Military 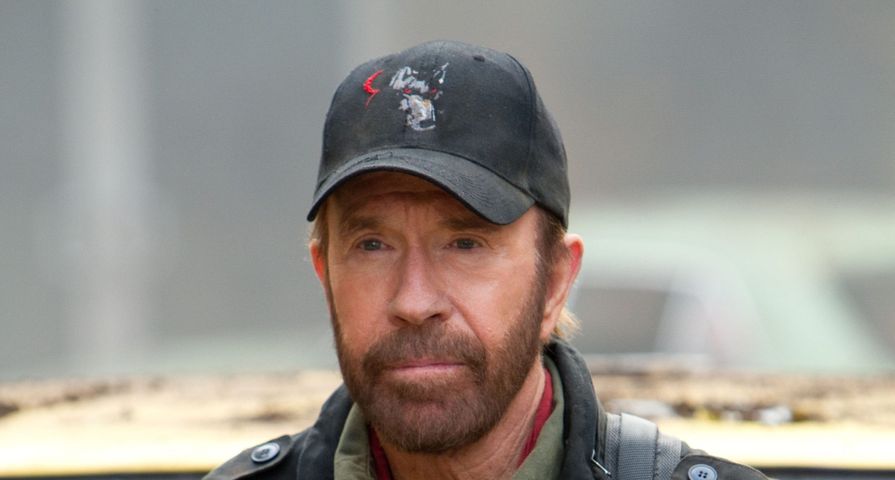 It’s not uncommon that a celebrity have a past that includes military service. In fact, in many world cultures, being a high ranking military official leads to celebrity. Still, there are several individuals who came from a military background to later enjoy a career in arts and entertainment, and there are others who gave up fame and fortune for military service. Here are 12 celebrities, who by way of draft or volunteer service, were once active duty military professionals.

Long before Drew Carey was being paid for comedy, he was active duty military in the United States Marine Corps. No doubt, Drew was entertaining to his fellow troops during his six years in service, where he also achieved the rank of Corporal. After his time served, Drew moved to Las Vegas, where he worked a couple odd jobs, before booking a writing job: jokes for a radio show in Cleveland, OH. After writing jokes for someone else, Drew decided to get on his feet, and tell them himself as a stand-up comedian, before he began pursuing work as an actor. Now, he’s the host of The Price Is Right, and a huge supporter of active duty military professionals and veterans.

Randy Couture is now well known for his appearances in action flicks, after enjoying an impressive career in mixed martial arts. Before the careers that led him to celeb status, he enjoyed the rank of Sergeant in the United States Army, 101st Airborne. He did a little wrestling and boxing while in the military, but mostly jumped out of airplanes, and taught others to do it with proficiency. Randy served with the army for six years, from 1982-1988. From his wrestling experience as a youth, in college and in the military, he progressed to become an alternate for the United States Olympic team in 2000.

Before he was James Bond, and before he became an icon for Scotland, Sean Connery was a member of the Royal Navy. It was during his time in the Navy that Connery scored his two legendary tattoos, one reading “Mum and Dad,” the other, “Scotland Forever.” His intent was to serve with the Navy for quite some time, but he was honorably discharged after repeated struggles with a duodenal ulcer–a condition from which many men in his family had suffered. Connery went on to work several odd jobs before he started working backstage at King’s Theatre. It was there he caught the bug. The rest is history.

Elvis Presley was likely the most famous soldier to ever serve in the United States military. Drafted by the Army in 1958, Presley served two years, and attained the rank of Sergeant. His military career served as quite the earmark in his own history, as well as the world of entertainment. (It was the source material for the musical, Bye Bye Birdie.) Sadly, during Presley’s time in the military, his mother passed away, and he never quite accepted it. Had he been able to be near her during the time, it might have resulted in a very different Elvis Presley legacy. Instead, he began using drugs, then struggled with addiction, all culminating in his death less than 20 years later at the age of 42.

Long before Paul Newman’s blue eyes thrust him into cinematic legendary status, the fresh-faced Newman served in the United States Navy during WWII. Newman served in the Pacific theater. He had initially enrolled in the Navy’s V-12 pilot program while at Yale University, but it was later discovered that Newman was colorblind, and thus unable to perform the duties of a pilot. Newman eventually flew as a turret gunner in an Avenger aircraft, and would have likely been killed in combat, had his pilot not contracted an ear infection before they rendered service in The Battle of Okinawa. All other members of their aerial unit were killed in action.

Lee Marvin was best known for his iconic roles as a military officer, but he also served in the United States Marine Corps during WWII. Marvin served in the Pacific theater, and was wounded in action during the Battle of Saipan, when he was shot by machine gun fire. After his recovery, he was offered a medical discharge, and was awarded the Purple Heart. While Marvin was working as an assistant to a plumber at a small theatre in New York, he was asked to fill in for an actor who was sick. At that point, Marvin decided he would pursue the life of an actor, eventually landing a small role in a Broadway play before moving to Hollywood in 1950.

Perhaps Clint Eastwood’s desire to tell military stories came from his time served in the United States Army, after he was drafted in 1951. As legend would have it, Eastwood was able to avoid serving time in the Korean War by wooing the affection of an officer’s daughter at Fort Ord, which is near Monterey Bay in California. How exactly she was able to keep his name from landing in the mix, one can only guess, but this report has never been confirmed. Eastwood served as a lifeguard and swimming instructor while at Fort Ord, He did avoid a close call while in a military aircraft which went down off the coast of Point Reyes, CA, where he and the pilot had to swim three miles to safety.

Michael Caine served in the Royal Army during the Korean War, as part of the national service program, and saw combat during his time in service. According to Caine, he went into the war sympathizing with the idea of communism, having come from a poor family himself. During his time there, his perspective shifted significantly. Sir Michael Caine lived through a wartime scenario during which he had counted himself as dead, but somehow he made it through. That experience shaped his life afterward, and now he milks every moment from every single day. He also believes that the national service program would offer youths a sense of belonging, even if they only had to serve for six months.

Henry Fonda is a legend of stage and screen, and his physical legacy continues to this day in the entertainment industry though his off-spring. Fonda was one of the biggest celebrities who opted for war over his career in Hollywood, when he enlisted in the United States Navy, and famously proclaimed, “I don’t want to be in a fake war in a studio.” There was a true sense of obligation from the generation who had endured the Great Depression during their youth. Fonda served in the Pacific theater, eventually being commissioned as a Lieutenant Junior Grade. He served three years, and was awarded the Navy Presidential Unit Citation and the Bronze Star.

Of course Chuck Norris served in the military. In fact, if it weren’t for his time served in the Air Force as an Air Policeman, Chuck might have never become “Chuck.” He might have continued going by Carlos Lee Norris. It was his time at Osan Air Base in South Korea where Chuck was given his nickname, and where he began to study martial arts. His technical ability in Tang Soo Do led to several competitive wins in international competition, and a budding career in movies after the military.

The legendary, late Christopher Lee was everything one might imagine in a military warrior. He was, in every sense, groomed for a life of skilled military tactics and combat. He was a direct descendant of Charlemagne on his mother’s side, and grew up an expert fencer, and impressive athlete. His 6’5″ frame provided and intimidation for any opponent. In 1939, looking to fight the good fight, Lee traveled to Finland, and as a British citizen, joined the Finnish Army in an effort to fight off the invading Soviet Army. In 1940, he returned to England, and volunteered his service to the Royal Air Force, eventually serving in Special Forces–something he never elaborated on.

James Stewart was one of the sweetest actors to ever grace the stage or screen, but he was also a skilled military pilot with deadly accuracy. He was drafted into military service in 1940, the first major American movie star to see action in WWII. Stewart’s military career was impressive, and he served, in capacity, until 1968, retiring a Brigadier General in the United States Air Force. He was later promoted to Major General in retired service by President Ronald Reagan. Stewart was an accomplished pilot before his time in the military, but struggled to fly during his enlistment due to his inability to meet height, weight and age restrictions of the Army Air Corps. He eventually got through the loopholes, and became an invaluable asset to the American military.