12 Best Television Dads Of All Time 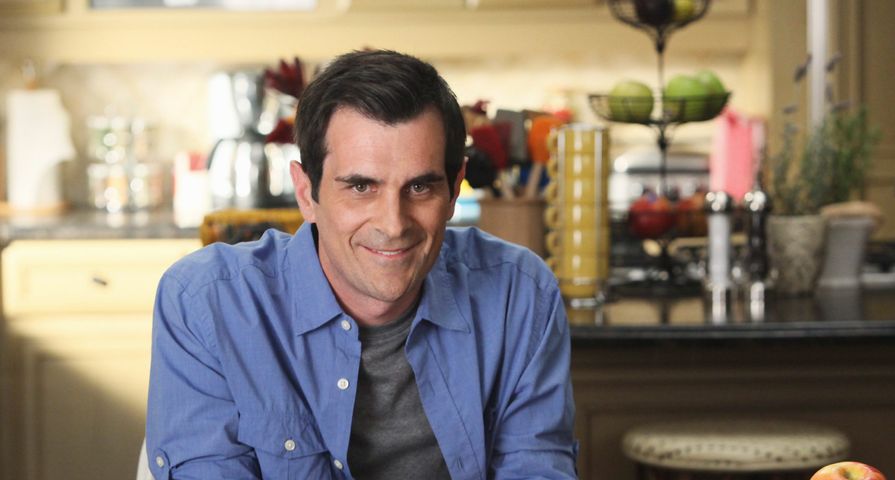 Sitcoms have changed a lot since the 1950s and so has the role of ‘dad’ on television. Back then, the idea of a perfect father was embodied by men like Ward Cleaver or Mike Brady, whereas in today’s television shows, parents often make mistakes — they don’t always have all the answers and are generally presented as more relatable, for better or for worse. Yet, despite their flaws, today’s television dads love their families and show it by standing up for their children while offering comic relief to viewers as the backbone of the family and often the star of the show. Here is a list the 12 best television dads of all time.

Tim Taylor (Tim Allen) was a man’s man who enjoyed mocking his Tool Time co-host Al and, of course, using the phrase “More Power!” Yet, he also revealed a more sensitive, philosophical side when chatting over the fence with his elusive neighbor, Wilson. Truth be told, Tim often seemed to stumble his way through fatherhood, but his love for his three boys was obvious and he made it work, thanks in no small part to his supportive (and patient) wife, Jill.

In the new series Fresh Off The Boat, Louis Huang (Randall Park) moves his family from Washington D.C. to Orlando, Florida, in order to fulfil his dream of opening a Western-themed restaurant. He hopes to give his children better opportunities than he had growing up. From the very first episode, when Louis stands up for his son Eddie in the principal’s office, it becomes clear just how much he cares about his kids.

At first glance, Jay (Ed O’Neill) may not seem like the best candidate for this list. He is not the most affectionate, warm or outwardly caring dad to Mitchell and Claire and he often makes jokes at his stepson Manny’s expense. However, while he may not be one to express his emotions in words (much to his son-in-law Phil’s disappointment), it is Jay’s actions that reveal how much he truly loves all of his children (Mitchell, Claire, Manny and new addition, “Fulgencio Joe,” not to mention his beloved dog, Stella).

Tony Micelli (Tony Danza) is a former professional baseball player turned stay-at-home dad and live-in housekeeper for a successful female advertising executive, Angela Bower. Tony’s character challenges gender stereotypes and is an excellent father to both his own daughter, Samantha, and to Angela’s son, Jonathan.

While Jimmy Cooper (Tate Donovan) certainly made his share of mistakes, when push came to shove (sometimes quite literally, like when he punched Caleb at his bachelor party in Vegas), he always stood up for his daughters and had their best interests at heart.

7. Michael Kyle — My Wife and Kids

In this ABC sitcom, Michael Kyle’s (Damon Wayans) unconventional parenting style used a balance of humor, sarcasm and empty threats in an attempt to keep his three children in line, which often resulted in hilarious results that still taught useful life lessons.

Dre Johnson (Anthony Anderson) is a cool dad – or at least, he thinks he is. He is very protective of his children and wants them to learn and appreciate their culture the way he does, yet to his dismay, they don’t always seem interested. Dre’s father (as played by Laurence Fishburne) also deserves a shout out in this category for his role as the kids’ grandfather, Earl “Pops” Johnson, who shoots from the hip, providing cynical and sarcastic comments as comic relief and is never afraid to tell it like it is.

5. Hal Wilkerson — Malcolm in the Middle

Before he donned his Heisenberg hat and threw pizzas on rooftops as kingpin Walter White, Bryan Cranston was known for playing a much more harmless father figure. Hal Wilkerson was a bumbling, speed-walking, loveable goofball who, much like Walter, always did whatever it took to provide for and protect his family.

Father to Hillary, Carlton and Ashley as well as “Uncle Phil” to nephew Will, Philip Banks (James Avery) was a stand-up guy and an excellent father. While he may have come off a tad strict or overprotective at times, his “tough love” approach and rough exterior masked a big heart and a kind soul.

Phil Dunphy’s (Ty Burrell) “peer-enting” style may be a little unconventional, but his love for his kids (Hayley, Alex and Luke) is undeniable. In his own words, he’s a “cool dad” and he’s given viewers some stellar quotes to prove it: “I’m hip. I surf the web. I text. LOL: Laugh out loud. OMG: Oh my God. WTF: Why the face?”

Seth Cohen was one lucky kid. Who wouldn’t want a quick-witted, kind-hearted, public defender dad who surfs every morning, respects your decisions as a young adult, and isn’t afraid to take on quasi-villains like Julie Cooper, Caleb Nicholl and the Newport Group? As Sandy (Peter Gallagher) himself put it in his very first meeting with Ryan: “You could do worse.”