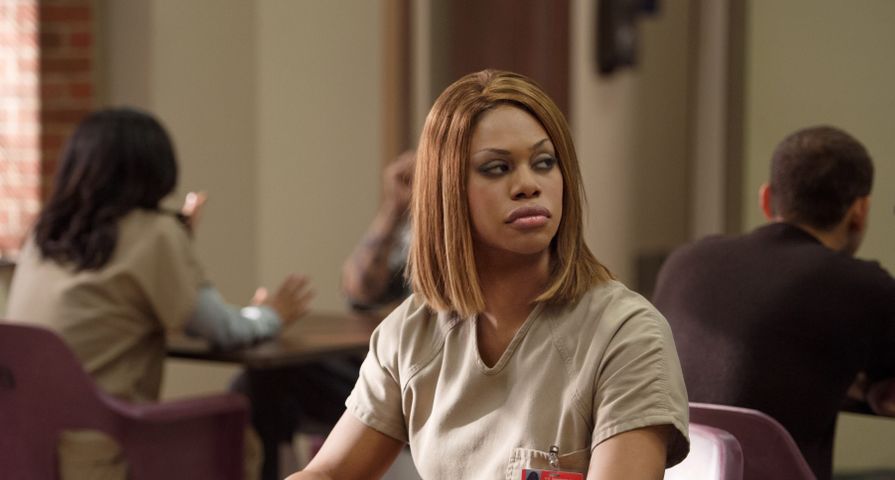 LGBT characters are becoming more common and better represented on television. Having characters with a variety of sexual orientations, gender identities, and personalities is very important. Straight characters have been portrayed as complex, flawed, interesting, inspirational, and hilarious characters for as long as television has been in existence, and now it’s time to get similar treatment for LGBTQ characters. The characters on this list may not be perfect, but they’re interesting, openly LGBTQ, and they are certainly loved. Some of the shows these characters appeared on were groundbreaking, featuring the first gay characters, first kisses, and more.

When Callie Torres, played by Sara Ramirez, came out as gay on Grey’s Anatomy, it was the first significant gay relationship on the show, and it opened up the show to having more LGBT issues addressed. After Callie came out, the show started to have more gay relationships and characters. Callie struggles with her sexuality after coming out, and so does her family. Callie is a complex character who definitely makes a great deal of mistakes, but she also shows viewers that not every woman who dates women fits a certain stereotype.

This couple makes the list together, since they are a parental unit and they are both great in their own ways. Stef is a cop who is fairly strict and serious, but has a very caring side as well. Lena is a school administrator and is not quite as tough as her partner. They have very different parenting styles, but they communicate openly (most of the time), and work through problems that would probably shatter most people’s relationships. They are complex and flawed, but deeply caring parents to their large family of biological and adopted children. Also, they’re interesting and dynamic characters, and they help show a portrait of a family that is far from traditional.

Alex Kelly was played by Olivia Wilde and was an openly bisexual character in The O.C. She dated both Seth Cohen and Marissa Cooper in the second season of the show. She’s the bad girl. She’s cool, gorgeous, and fans loved her. Alex didn’t always bring out the best in the other characters on the show though, since both Seth and Marissa seem to try to be more rebellious to fit in with her. Alex points out to Seth that she didn’t date him because he was a bad guy, and that she liked him for who he really was. She didn’t encourage Marissa to make most of her bad decisions either, as Marissa had been self-destructive long before Alex, so the blame for Marissa’s behavior will rest solely on Marissa. Alex was seen as the “bad girl” because of her reputation for getting kicked out of schools, and because she was emancipated from her parents and lived on her own, but she is actually quite kind and we often see her softer, more emotional side frequently throughout the 13 episodes she appears in.

There are too many great characters from The L Word to choose just one for this list. This show was filled with dynamic gay characters and was pretty significant for LGBT women. The main cast consists of many lesbians and one bisexual, and deals with the numerous relationships they have with each other and with other people. Bette Porter, Tina Kennard, Alice Pieszecki, Shane McCutcheon, Jenny Schecter, Dana Fairbanks, and Helena Peaboby are just a few of the gay characters on this show that fans came to love (or love to hate), and their love lives are incredibly interconnected, complicated, and interesting. These characters have good qualities, plenty of flaws, and we fall in love with (some of) them throughout the six seasons.

Jack McPhee was played by Kerr Smith and was a major character in the Dawson’s Creek series. Jack came out of the closet in season two, not long after he first appeared on the show. Having an openly gay man as a regular and crucial part of the cast was fairly progressive at the time. When Jack kissed his love interest, Ethan, on the show in May of 2000, it went down in history as the first romantic kiss between two men aired on primetime television in the US. They develop his relationship with his family, his friends, and his romantic partners throughout the show, with his character playing a very significant role until the series finale. Once again, this character is not without his flaws, but this just makes him more interesting and more human.

Ellen DeGeneres is the one who started it all. Without her, who knows how long it would have taken for it to become widely acceptable (and common) for television to feature gay characters. Ellen’s character Ellen Morgan came out on her show “Ellen” and Ellen DeGeneres came out on Oprah and in Time magazine at the same time. Coming out on her show meant she was the first gay main character in the history of American television shows. This character didn’t come out until 1997, during the fourth season of the show, and after that, ratings steadily declined and the show was cancelled after the fifth season ended in 1998. Ellen says that after her show was cancelled, she couldn’t get another job for several years. Luckily, she later became hugely popular, and has been an inspiration to LGBT people everywhere and a philanthropist who has helped thousands of people worldwide.

Will Truman was played by Eric McCormack and is the main character in this comedy about a kooky group of friends and their relationships. The show had two main male characters who were gay, and dealt very openly with gay relationships. The show was on for eight seasons and was the most successful television show with gay main characters for years. Will is a funny, handsome lawyer who had strange (and wonderful) relationships with his very eccentric friends. Will didn’t always conform to gay stereotypes (but his good friend Jack often does). Will made many viewers fall in love with him, and opened up many people to seeing a show that dealt so openly with gay relationships.

Anna Taggaro, played by Daniella Alonso, was the first recurring bisexual character of color on television, which is kind of a big deal. Although she was only on the show for 11 episodes during season two, her existence was significant. Anna came out as bisexual to Lucas after an embarrassing situation where she surprised Peyton by kissing her. Lucas was very supportive, and helped her cope with her homophobic brother. She eventually came out to her family and went back to the school she had left because of rumors about her sexuality.

Glee had a multitude of gay characters on the series, which made it quite difficult to choose just one to be on this list. Kurt gets this top spot because he was there from the beginning of the show, and seems to have been a pioneer both in terms of the gay characters that popped up throughout the course of the show, and in the setting of the high school, where he was the first student to be openly gay. Kurt is unique and resilient, dealing with bullying, and various hardships throughout the series. In spite of this, he keeps going, and tries to stay true to himself throughout the process. Many other characters came out over the course of the series, but Kurt was the one who started it all.

Emily Fields is played by Shay Mitchell. She came out as a lesbian during the first season of Pretty Little Liars and started having relationships with women. Viewers see that she had struggled with her sexuality for quite a while before coming out, and that she had been in love with Alison before her death. Emily deals with homophobic students and family members, and stays true to herself and becomes more and more comfortable with her sexuality throughout the series.

Should we really choose a favorite between Cam and Mitchell? We shouldn’t, so we won’t. Mitchell is played by Jesse Tyler Ferguson, and is an uptight lawyer who is in a long-term relationship with Cam Tucker, a slightly eccentric art/drama teacher with a love of clowning, football, farming, and a variety of other (sometimes strange) hobbies. Cam and Mitchell get married during the series, and after gay marriage becomes legal in California, they both decide to propose to each other, and it is a pretty adorable affair. Mitchell is mild-mannered, cautious, and practical, which is the exact opposite of his husband, Cam, who is flamboyant and spontaneous, and artistic. Together, they make a highly amusing couple and are great dads to their daughter, Lily. Although their characters conform to many stereotypes about gay men, they are also very different, showing that gay men are certainly not all alike.

Orange is the New Black was fairly groundbreaking when it debuted on Netflix. It features a diverse cast with many LGBTQ characters. One of these characters is Sophia Burset, played by Laverne Cox. Sophia is a trans woman in jail for credit card fraud, which she committed in order to pay for her sex-reassignment operations. Viewers get to see glimpses of her life before her transition as well, with scenes done by Larverne Cox’s twin brother, M. Lamar. Her character was one of the first openly transgender characters on television, and she has taught a wide variety of viewers a little bit about what it means to be trans.