12 Actresses Who Were Too Young For Their Roles 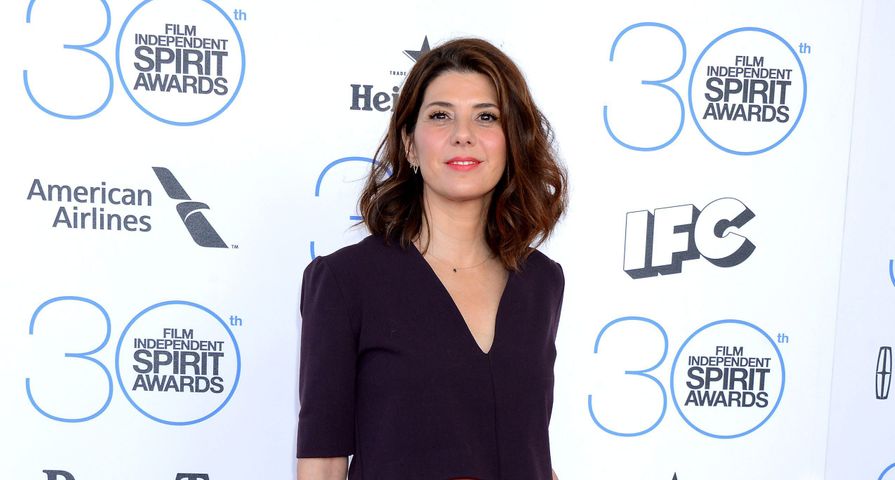 There are stretch roles for actresses, and then there those roles that call into question the director’s, producers’ and casting agents’ intentions in building out the cast. Considering our list of 20 stars who have played much younger roles, we thought we’d look in the other opposite direction, and consider all the women who’ve stretched into the future. Here are 12 actresses who were too young for some of their biggest roles, but pulled them off like champs… mostly.

When you write an epic, it’s a bear for the director and casting department. They’re left with the options of allowing different actors to portray the characters at different ages, or they lock in to the monster commitment of letting actors portray the character at many different ages. Robert Zemeckis chose the latter. With the exception of kindergarten Forrest and Jenny, Tom Hanks and Robin Wright played the roles through adolescence into their 30s. Regarding the stretch of character roles, Sally Field played Mrs. Gump, the mother of Forrest. Considering the time line of reality, Sally was playing the mother of Tom Hanks, who was only 10 years her junior. It’s more likely these two would play a couple than a mother and son, but… with the magic of makeup, they made Sally older than she was, and it worked to create iconography.

In 2009, Winona Ryder was offered a role in J.J. Abrams reboot of Star Trek starring Chris Pine, Zachary Quinto and Zoe Saldana. Who else would Winona play than the aging mother of Spock, played by Zachary Quinto, who in real life, is a whopping five years younger than Winona. When she took the role of Amanda Grayson — the aspect of Spock that allows him to feel anything — she was only 36. The film was released when she was 37, and six years have past, making her 43, and Zachary 38!? For movie fans, it seems like Winona has been around for three lifetimes, but seeing her with the age makeup, excessive wrinkles and hearing that crackly character voice. It was brutal. Sure, it worked for most young fans of the film, because they don’t know Winona like film-watching veterans know Winona, but never again, please, powers who be.

10. Leslie Caron – An American In Paris

This is a toughie. Leslie Caron was perfect in An American In Paris. There was nothing she could have done differently other than been born 10 years earlier. Or, Gene Kelly could have been born later. Somehow, everything still worked, regardless of the fact that Gene Kelly was 19 years older. The duo had some stellar on-screen chemistry for 1951 musical comedy, and with that iconic Gershwin score…? It was all stars and thumbs up. How old was Leslie’s character of Lise Bouvier supposed to be in the film? It is never revealed within the script, but one has to presume… older than 19…? MGM executed both roles as her playing older, and Gene playing younger, and it works. Even if you struggle to buy into the relationship during their scene work, you only need to watch them dance together, and that’s that.

What was Oliver Stone thinking with Alexander? It didn’t work on so many levels, that some people are surprised to know that the film actually exists. Seriously. It happened. Look it up. 2004. Colin Farrell wore a blonde wig, and Angelina Jolie played his mother. How much older is Angelina than Colin? One year. One. When you watch this film, you expect Alexander The Great to have a serious oedipal complex. In truth, Angelina looks younger than “her son,” in many of the scenes. Producers and directors have such a lust to work with her that they offer her films that she shouldn’t take. But how does one turn down such a payday. Stars are always assured “it will work,” but clearly… this one didn’t. Another example of a film with an incredible cast, but no allowance for genuine chemistry.

Jennifer Lawrence swings for the fences every time she takes a project. She always brings her A-game, and never has she been panned for what she’s put on screen; however, David O. Russell is obsessed with her in an unhealthy manner. He keeps putting her in everything he directs, and she’s always too young for the characters. Jennifer is young, regardless of being an “old soul,” and she looks young on-screen when juxtaposed with mature co-stars. Considering the story of Silver Linings Playbook, Jennifer simply looked way too young to have allegedly had all the life experience boasted by her character. It’s not that she couldn’t pull it off — she did — but her fresh face betrayed her in this one. Still, she won the Oscar for her ability to make believe, so who are we to criticize? Note to David O. Russell: write something age-appropriate for Jennifer, please.

Amy Poehler, who was born in 1971, played the “cool mom” of Rachel McAdams, who was born in 1978. Yes, Rachel was playing 16 at 26, and that was nothing of a surprise, because actresses do that all the time, but to see Amy play her mom? It was a role that was a little old for Amy, and young for Rachel… Brass tacks: who else could have pulled it off? And so wonderfully. The chemistry between the two actresses was born of their ability to legitimately talk about life experience. Could we imagine Mean Girls if Regina George had been played by an actual 16-year-old, and her mom was played by someone who was 40 at the time? Yet another instance of look, and chemistry trumping age. These two were a perfect, god-awful mother/daughter combination.

Hold up. How old was Blake Lively supposed to be when she co-starred in The Town? Like… mid-30s? They definitely “aged-her up” significantly for her portrayal of Krista Coughlin. Blake was in the 22-23 year old window while shooting the film, and it was released when she was a fresh-faced 23-year-old. This meant she was acting opposite fellas in their mid-to-late 30s. And then she went and married one in real life not long thereafter (Ryan Reynolds). There is something about Blake that allows her to play whatever age the script says she should be, and her real life persona lends to more maturity than what her accumulated years might lead one to believe. It’ll be interesting to see if her career plays out similarly to another who shared similar qualities 20 years ago: Robin Wright.

In 2001, Johnny Depp starred as George Jung, the individual responsible for the rise of the American cocaine market, and he played this role in Ted Demme’s final film: Blow. The film hit hard in some ways, and missed the mark on many others. As Johnny’s character aged, it became painfully obvious that Rachel Griffiths was miscast as his mother. Johnny may be able to dial the years back when he’s in character, but the fact of the matter: he was 5 years older than the woman playing his mother. Add a young Penelope Cruz to the mix who at times looked like his daughter, when she was supposed to be his lover, and those aspects of the film pulled you from the wonderful world of make believe. Ending on Rachel: we need to see her in more stuff. She’s exquisite.

Why was Susan Sarandon in a terrible wig playing Melissa McCarthy’s grandmother in Tammy? Susan Sarandon is 24 years older than Melissa. If she were to play her mother? Sure. We’re all-in. But… her grandmother? C’mon. No. There are too many people who would have fit into this comedic role nicely. And it’s not to say that Susan isn’t beloved here at FAME10. Whether it was a ploy to make Melissa younger, and/or Susan older it was a little unsettling. Sure, these things work in execution, so it really doesn’t matter, but we’re not ready to see Susan playing elder caricatures. How about Betty White in the role? Or Debbie Reynolds? Or Shirley MacLaine? These dames are still workin’, and it would have been next level awesome to see them in the mix of this film.

No arguing this one. They had to pretty up one of the women in this movie, because it would have been near impossible to watch otherwise. If you haven’t seen Monster, it’s a must. To see Charlize Theron tackle her Oscar-winning role is something else, but to see the relationship between she, and an dressed down and aged Christina Ricci is something else. So. The subject at hand. Christina Ricci went for the major stretch in aging for this one. The role was too old for her, but she handled it like the pro she is. One could argue the role was too old for Charlize as well, but considering the lost timeline of the story in popular culture, it all worked well. Comparing Christian Ricci to the real life character of “Selby” Tyria Moore… mercy… that was a stretch. Tyria Moore more closely resembles the grandma from Napoleon Dynamite.

Fans ached for Superman Returns to be the long awaited glimpse at the new Metropolis, where we’d come to know, and love Superman again on the big screen. There was hope the script, and cast of characters would be pure, superhero perfection. It missed the mark. It definitely had its moments, and simply hearing the theme echo throughout the theater was a treat, but the casting lacked chemistry. Kate Bosworth as Lois Lane? It didn’t work. Kate executed the story well, and made us all believe she was torn between her loves of now and then, but there was a seasoning that was missing. Like… going out for Thai food, and your spicy crab noodles hit the table without that kick. It wasn’t an ability issue, as much as a maturity issue. She was too young for the role. But… nobody asked her to disappear afterwards. Kate, please come back.

1. Marisa Tomei – Spider-Man (The Next Reboot)

Let us now look into the near future, and the third reboot of Spidey in 15 years. It was announced earlier this summer that Marisa Tomei would be play… wait… sorry… this can’t be right, can it? Marisa Tomei is going to play Aunt May Reilly Parker-Jameson in the next Spider-Man? Have these people seen what Aunt May looks like in the comics? Marisa Tomei is only 50 years old, and she looks like one of the youngest 50 year old women on the planet. She’s most certainly one of the hottest. She would have easily passed as a love interest for Tobey Maguire in one of the Sam Raimi Spider-Man flicks, but now they’ve pegged her as Aunt May? This could be genius. How do you reengage Generation Xers when the last Spider-Man series was pushed to the delight of Millennial hipsters? You cast Marisa Tomei.