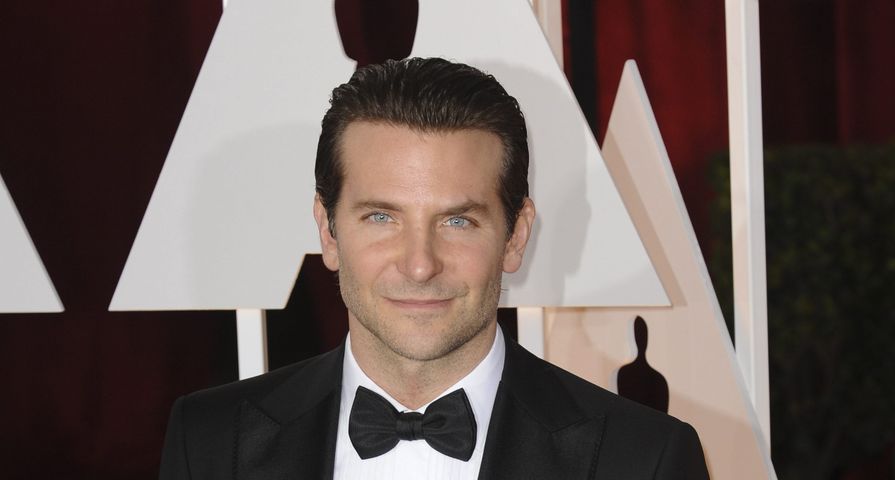 It’ the new fall season, which typically means new series and familiar faces. Every year the networks try to lure top talent for their top projects and that means celebrities you may have seen many times before in the lead roles. From movie stars to TV veterans this crop of new shows is no different. Here’s a look at the most familiar names coming back into your living rooms in the fall:

Yes, that Wesley Snipes. The star of such films as Passenger 57, Major League and Demolition Man is on the comeback trail following a stint behind bars for tax evasion. After returning to the big screen with The Expendables franchise, Snipes now has his sights set on the small screen to cement his comeback…and NBC couldn’t be happier.

In his new series The Player, Snipes plays a mysterious pit boss overseeing Vegas’ most dangerous game. The series revolves around a former military operative turned security expert (Strike Back’s Phillip Winchester) who, after losing his wife, takes a job with Snipes’ team as a vigilante. The twist? High rollers are betting on if he’ll ultimately succeed. Airing after The Blacklist on NBC Thursdays, the odds are good this one will at least get a solid sampling.

He can sing, he can dance and he can act…in Hollywood’s that’s called a triple threat. So with that said, it should come as no surprise the former Doogie Howser M.D. star didn’t choose a typical return vehicle for his first full time role post How I Met Your Mother.

The Emmy and Tony winning star will front a variety series airing Tuesdays for eight weeks in the fall. Featuring everything from sketches to celebrity guests the British based format is part of NBC’s emphasis on new “LIVE” programming and has been gaining a lot of buzz. Harris is one of the industry’s most likeable (and multi-talented) stars and if anyone can pull off re-igniting this type of genre, it’s him! Make sure to check your local listings though as the timeslot seems to change regularly.

Every year, there’s at least one show with a massive ensemble cast that includes multiple big names. This year there are actually a couple, but one of the biggest is Supergirl. The cast is massive and includes familiar faces from across all genres and headlined by Glee’s Melissa Benoist. The actress was never really able to break through when on the Fox musical but here she’s being put front and center.

And joining her in the cast? Well how much time do you have? Over the show’s full-time and recurring roster is Calista Flockhart (Ally McBeal), Dean Cain (Lois & Clark: The New Adventures of Superman), Mechad Brooks (True Blood), David Harrington (Homeland), Chyler Leigh (Grey’s Anatomy), Helen Slater (Supergirl – the movie), Laura Benanti (Smash) and Jenna Dewan-Tatum (Step Up), among many others. As you can see, the show has no shortage of talent and it also has no shortage of buzz. The series is CBS’ biggest bet in the fall and one of the most anticipated across the big five networks.

Zach Morris is back…kind of. After jumping to the drama (albeit comedic) side for a little bit, the one-time Saved By The Bell star is coming home to NBC for a new comedy about the games we play in marriage. Previously called People Are Talking, the comedy revolves around two married couples who navigate the pitfalls of adulthood and all of its uncomfortable topics.

While Saved By The Bell fans will always welcome a new show from their teen icon, the series is getting a Friday night timeslot, which traditionally isn’t the best for a rookie show (or really for any series). If you want to check this one out, I suggest you do it quickly as there’s a chance it won’t be around for the long haul.

Two of their generation’s biggest heartthrobs are joining forces for ABC’s newest Sunday night drama. Don Johnson who starred in Miami Vice and Chase Crawford who starred in Gossip Girl will headline Blood & Oil, which takes place in North Dakota during a new oil rush. Johnson will play a oil baron who must team with Crawford and his wife (Rebecca Rittenhouse) after they stumble upon one of his upcoming real estate deals and hijack it for their own benefit.

The series may seem to be very reminiscent of Dallas (right down to the promo shots), but producers are trying to carve out its own identity and hoping a wider audience takes a shot and tunes in. The drama actually fits perfectly into the Sunday at 9 slot once occupied by Desperate Housewives and Revenge and, with Johnson and Crawford in the mix, their respective fanbases could help give it a solid boost.

Admittingly this is kind of a cop out because, like Supergirl, this one has a massive cast as well, but we signaled out Curtis because networks have been hoping to get her to come onboard for a series for a while now. Leave it to Ryan Murphy to be the one to finally convince her to bite the bullet as the talented showrunner knows a thing or two about “short term” roles.  His popular American Horror Story anthology series made its bones because of its appealing short-term commitment. Yet in the case of Jessica Lange, she liked the company so much she stuck around for four years.

If Curtis was to do the same, Fox would probably be thrilled as they imagine this as a long term anthology series, which explains the massive influx of big names to the cast. Outside of the True Lies star, the ensemble includes Emma Roberts (American Horror Story), Lea Michelle (Glee),Ariana Grande (music star), Nick Jonas (music star), Keke Palmer (Masters of Sex) and Abigail Breslin (Little Miss Sunshine), among many others.

So far on this list we’ve seen Glee alumns Melissa Benoist and Lea Michelle…time to add another name to that list. Jane Lynch, who played Sue Sylvester on the long-running Fox series wasted no time finding her next scripter series, though the jury’s still a little out on its viability.

Lynch stars opposite Maggie Lawson (USA’s Psych) as a woman who claims to be a guardian angel but because her charge’s life has gotten so out of hand she feels obligated to come down to Earth and help her directly. Yet whether she’s really an angel or just a crazy stalker reminds to be seen.

This series has a great cast that also includes Kevin Pollock (The Usual Suspects, Mom), Kyle Bornheimer (Worst Week) and Kevin Dunn (Veep), but it is also a single-camera, which has not been a CBS specialty over the years. All of the networks current comedies are multi-camera, laugh-tracks series and it is possible audiences just may not “get” the humor. Yet if anyone can lure audiences it’s the very appealing Lynch.

This may be the best concept for a comedy across all the networks and it has the perfect lead. The Grinder stars Rob Lowe as a TV lawyer who, after his show is cancelled, decides to try his hand at the real thing through his family’s law firm. Lowe, who audiences know from The West Wing and Parks & Recreation, has been looking to headline a series for a while but, after a series of misfires, settled in nicely to joining established programs. However this time, he may have found a winner.

Co-starring with Lowe are two other familiar faces as well including Wonder Years star Fred Savage as his brother and 24 star William DeVane as their father. Seeing Savage play the straight man to Lowe could produce some genuinely big laughs…plus they share an hour with another big name established star also looking for a comeback vehicle.

Have mercy! Airing in the same hour as The Grinder is Grandfathered starring John Stamos in the lead role. The Full House icon has had the same luck as Lowe in recent years in that he too has tried to headline a new series or two, but quickly found more success linking up with a well-known program (E.R., Necessary Roughness) instead.

In Grandfahered, Stamos plays a playboy bachelor who has his world rocked when he learns he has an adult son…who in turn has an infant daughter. It’s a nice twist on what has been a traditional plot device and fans will recognize one-time Drake & Josh star Josh Peck as Stamos’ son and longtime Criminal Minds star Paget Brewster as his one-time fling. And for those of you worried about Uncle Jessie having time to reprise his role on the Netflix revival of his classic series…never fear he’ll be a constant presence on Fuller House as well (both in front of and behind the camera as he’s also a producer).

Let’s all re-meet the Muppets. Honestly this was a long-time coming as the lovable Jim Henson creations have seen a resurgence over the last few years and are a big priority for parent company Walt Disney. Yet instead of just re-booting the series using the same format, producers are trying something different. The Muppets will use an Office-type device in that cameras will follow the Muppets in their personal lives, as well as part of a new show. The fictional series-in-a-series will be headlined by Miss Piggy and be in the same vein as Jimmy Kimmel Live! complete with guest stars.

It’s a clever concept and every time ABC trots out the cast at a big industry event they win rave reviews. The series as before will also have big name celebs make cameos and put a new twist on that well-known Muppet sense of humor. It’s also worth noting uber-producer Bill Prady (The Big Bang Theory) is running the show and he knows a little something about comedy.

Following the end of Dexter, Jennifer Carpenter jumped right back into the pilot pool, but her series was ultimately not picked up. This year she gave it another try and critics knew from the on-set this one would probably take. Carpenter, who played Michael C. Hall’s sister Deb on Showtime’s serial killer drama for years, joins Limitless as (surprise, surprise) a cop who begins to realize the impact of the mysterious NZT drug that makes its users infinitely smarter.

Jake McDorman (Manhattan Love Story) takes over as the drug’s main user, but fans of the original were over the moon to learn original star Bradley Cooper will have a big role in the new series. In addition to being a producer, he’ll reprise his role as Eddie Mora whenever he can, which means CBS just won the prize for biggest casting coup by a mile.