11 TV Series Adding Familiar Faces To Their Cast This Fall 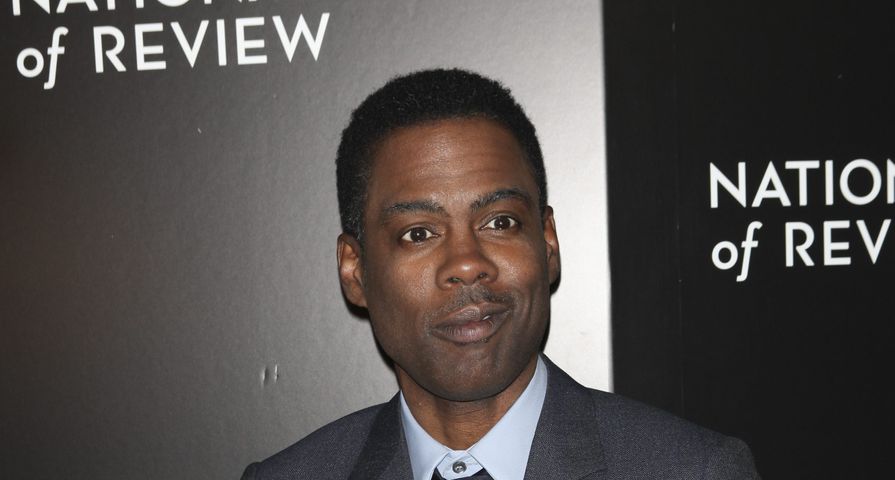 Just because it’s soon to be the new fall season, doesn’t mean it’s the new freshman series that get to have all the casting fun as some of the most watched returning series have bolstered their ranks in a big way.  From supporting characters who will make a big impact to new series regulars you’ll be seeing every week, here are the ones you need to keep an eye out for this fall.

11. How To Get Away With Murder

One thing everyone knows about a Shonda Rhimes show is that there will always be a lot you don’t know until you’re watching. The notoriously anti-spoiler showrunner likes her fans to be fully surprised and with the twists and turns she pulls out, it is clear why.

As her latest success story, How To Get Away With Murder, rolls into season two, we don’t know a lot about what to expect, except that Famke Janssen will play a key role in the show’s opening episodes. The former Goldeneye and X-Men star will take on a recurring role but, beyond that, it’s a mystery. Janssen follows in the footsteps of last season’s big name guests including Marcia Gay Harden and Cicely Tyson (who is up for a Emmy for her role as the no-nonsense mother of lead Viola Davis). Expect more names to come out as we get closer to premiere, but if Janssen’s any indication of where producers are looking for talent, then we should be in for a fun ride.

When Sleepy Hollow first premiered, the series was a big hit, but then it got bogged down in its own mythology. The problem was the program stopped being fun and with Tom Mison and Nicole Beharie’s fantastic chemistry that was a real shame.

Producers have gone back to the drawing board for season three and are looking to right the ship. As part of those changes are the addition of Reed and Sossamon. Reed (Twilight), will play historical figure Betty Ross and Sossamon (Wayward Pines) will play a mysterious new character, but both will have a large impact on the plot. Hollow is also promoting guest stars Lance Goss (House of Payne) and Zach Appleman (Beauty & The Beast) to full time regulars. Goss had signed a recurring deal earlier in the summer and Appleman was introduced at the tail end of last season as the son of Abby’s late mentor August Corbin (Clancy Brown).

The Flash was one of 2014’s biggest breakout hits and the series is doubling-down in season two with the addition of more speedsters. Chief among those characters is Jay Garrick, the original Flash in the comics who has never gotten his due on the big or small screen. As yet another father figure to Barry Allen (Grant Gustin), the character will arrive on the scene in Central City to warn the show’s heroes of a threat he cannot defeat alone.

The series is also set to introduce speeders Wally West (Lonsdale) and Jessie Quick (Beane) to the mix, as well as Patty Spivot, a new love interest for Barry. Combined it should give the show a fresh infusion of new talent as the series resets for its sophomore run. Between Arrow, Flash and the upcoming Legends of Tomorrow in 2016, expect a steady wave of new casting announcements, which should make fans happy.

In Hollywood, there are just certain actors that are great “go-to” villains and Neal McDonough tops the list. A veteran bad guy across film and TV, the actor will become the latest big threat to Starling City’s protectors. McDonough, who has been the heavy on shows like Desperate Housewives and Justified will play Damien Darhk, a rival of last season’s villain Ra’s Ah Ghul. With Ra’s out of the way (sort of), it’s open season for Darhk to take over.

Meanwhile producers are also doing something cool and bringing Matt Ryan into the fold for a episode as John Constantine, a role who originated on the short-lived NBC series last season. Since Constantine is under the same DC Comics umbrella (and production company) as Arrow, it was a natural fit for the demon hunter to drop by in the fall. Here’s to hoping he sticks around.

Since the beginning, CBS’ Elementary has operated off the premise that Jonny Lee Miller’s updated take on the character of Sherlock Holmes has had some serious daddy issues…now we get to finally meet Papa Holmes.

Played by the very likable John Noble, the character will be introduced in the show’s first episode back as the cast deals with effects of Sherlock’s recent relapse. It will be the first time we’ve seen the off-mentioned senior Holmes and he’ll be sticking around a new series regular. Noble has had a long career, but he didn’t really break through into the mainstream pop culture realm until he co-starred on Fox’s Fringe. He then joined the cast of Fox’s Sleepy Hollow in a guest role which eventually became full-time.

The cast of Criminal Minds has always been ever-changing going back to the early exit of original lead Mandy Patinkin who unexpectedly left the show after two seasons. Since then, many new faces have joined and exited the Behavioral Analysis Unit (BAU) with the latest exit coming from Jennifer Love Hewitt who joined just last year.

With Hewitt’s exit and the temporary break second time mom A.J. Cook is taking from the series, producers are looking for some new female actresses to join the cast. Enter Aisha Tyler (ironically Hewitt’s one-time Ghost Whisperer co-star) who will play Dr. Tara Lewis, an expert in studying psychopaths and then weighing in on whether they are fit to stand trial. The series will also add more cast members throughout the season but, for now, Tyler is the lone addition to main roster to have a permanent presence.

Based on the real-life of super-genius Walter O’Brien, the series became a breakout hit last season and will again return to CBS Mondays in the fall. Yet the cast of odd-ball characters will have a new Homeland Department head to work with when the show returns…actually two.

Forever star Alana De La Garza was announced as a recurring guest star back in June, but not long after was cast as a series regular on CBS’ Criminal Minds spin-off Beyond Borders. As a result, Garza will exit the show after four episodes and Frasier alum Peri Gilpin will step in as her replacement. Either way the two characters are expected to have a less combative relationship with the team than the departing head that was played in multiple episodes by David Fabrizio. The series will also welcome KISS rocker Gene Simmons and fan favorite Alias star Kevin Weisman as one-off guest stars.

Season two of the Fox hit has been dubbed “the rise of the villains,” yet the biggest name coming on board is playing a good guy (or at least we think a good guy). The imposing actor just wrapped a role on FX’s American Horror Story: Freak Show, but is still best known for his role on FX’s The Shield for which he won an Emmy.

In case you are not caught up on Netflix’s House of Cards, let’s just say the finale left its characters in a very interesting place and it is safe to Neve Campbell will have a big role in continuing that storyline.

Sorry for being vague, but it is literally all Netflix has put out about Campbell’s character. Granted that’s not a surprise given the overall secrecy around the network’s programming (and ratings). Still the addition of Campbell is a nice get for the series, which already boasts some serious star power. Campbell, best known for her work in Fox’s Party Of Five and the Scream horror franchise, has been laying a little lower as of late with smaller roles on bigger series like AMC’s Mad Men and ABC’s Grey’s Anatomy.

At CBS, there’s a running joke that once you join a CBS series you forever remain in the “CBS galaxy of stars.” Two of the three new members of the The Good Wife have fronted a CBS series previously and all three have graced the network at one time or another.

Yet only one of the three will be a full-time series regular (at least for now). And that one is Jeffrey Dean Morgan who is currently starring in the ratings deprived Extant, also on the network. Morgan is perhaps best known though for his role as Denny on ABC’s Grey’s Anatomy and Ike on Starz’s under-valued Magic City. Morgan will play a new investigator brought on to aide Alicia Florrick (Julianna Margulies) in the wake of long-time series cast member Archie Panjabi exiting. Emmy winner Margo Martindale meanwhile will recur as a new political advisor for Alicia’s husband Peter (Chris Noth) and Peter Gallagher will play a lawyer who is assigned to work with Lockhart/Agos/Lee on behalf of one of the firm’s more controversial clients (played by the returning Oliver Platt).

Here’s the thing about the above list…it is sure to grow as we get closer to (and past) the season premiere on September 23rd.  Everybody wants a piece of Fox’s 2015 breakout hit and the men and women behind the scenes are only too happy to oblige.

We don’t know a lot about the characters these big names are playing, but we know enough to know they are going to make the world of the Lyon family even more messed up (if that was even possible).

Among the big additions are the Oscar-winning Marisa Tomei as a tough as nails venture capitalist who is looking to sink her billions into Lucious’ (Terrence Howard’s) business…with or without Lucious at the helm. We also have one-time Destiny Child’s singer Kelly Rowland appearing via flashback as Lucious’ mother and Chris Rock as a prisoner the embattled label head meets during his current incarceration.