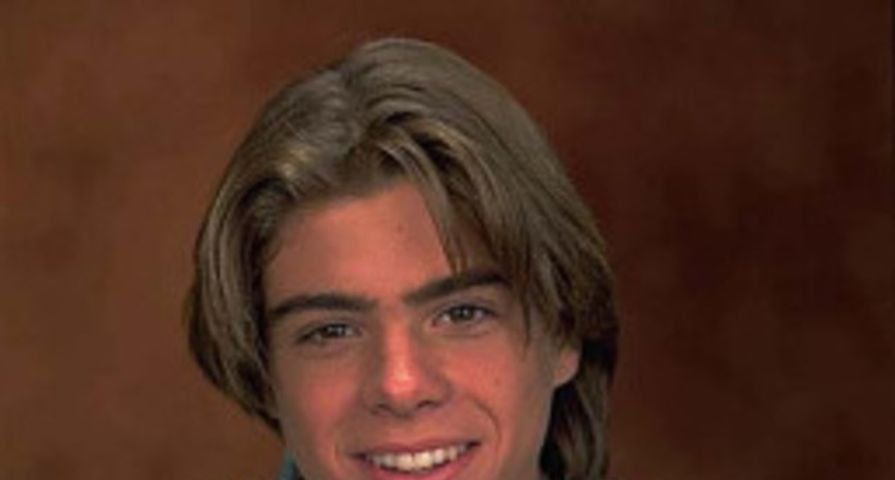 Being a heartthrob in Hollywood can feel like a really fickle thing – just ask these former teen heartthrobs. They were on top of the world one minute and then they completely disappeared the next. What are these guys up to these days? Read below to find out!

Nate Richert played Sabrina’s hunky boyfriend, Harvey Kinkle, on the TV show Sabrina, The Teenage Witch. Since that show ended, he’s given up on the acting thing and totally disappeared…but he pops every now and again. In 2012, we found out that he’s now a musician and he even released a solo album, Halogen Moon. Who knew!

Erik Von Detten was a site for sore eyes. With his dirty blond hair, blue eyes and tanned skin, he looked like the perfect California boy. He also had a pretty successful career with roles in Escape to Witch Mountain, Toy Story, Brink!, The Princess Diaries, Complete Savages and So Weird. He total gave up on acting years ago now. He reportedly works for Rosland Capital as a broker.

Brendan Fraser was quite the movie star (and stud) during the ‘90s. His roles in Encino Man, School Ties, With Honors and The Mummy helped solidify him as a heartthrob and one of Hollywood’s leading actors; however, during the early 2000s, the roles began to dry up for Fraser. He had some success with the film adaptation of Journey to the Centre of the Earth, but that was it. Can he stage a successful comeback? Who knows. It feels like his career is pretty over.

The height of Jason Priestley’s career – and his heartthrob status – was during the ‘90s when he was Brandon Walsh on Beverly Hills, 90210. He hasn’t had much of career since. His most recent role was on the TV show Private Eyes, but it has yet to be renewed or cancelled, which isn’t a particularly good sign.

Devon Sawa was a total teen idol thanks to his roles in Wild America, Casper, Now and Then and Idle Hands. The last significant role he had was in the TV series Nikita and that wrapped three years ago. All he’s been involved in since are few guest parts in TV shows and several movies that no one’s ever heard of.

Jonathan Taylor Thomas achieved teen heartthrob status when he played Randy Taylor on Home Improvement, but he totally upped and left Hollywood to go to University. First he went to Harvard where he studied philosophy and history and then he spent his third year abroad at St. Andrews University in Scotland. In 2010, he finally graduated from Columbia University School of General Studies. He has returned to acting for a few episodes for Last Man Standing, but he’s still largely absent from the world of show biz.

Eddie Furlong was a heartthrob in the ‘90s when he landed the role of John Connor in Terminator 2: Judgment Day and he became a critically acclaimed actor because of his starring roles in Pecker and American History X; however, after his roles in Detroit Rock City and Animal Factory, he more or less just slipped into oblivion. His drug and alcohol problems reportedly derailed his once promising career and the only reason he makes the news now is when he gets arrested. It’s sad to say, but Furlong is just another child star whose talents have gone to waste.

Back in the late ‘90s, Andrew Keegan was one of the hottest up and coming actors, but during the early 2000s his career died down. While he doesn’t really act anymore, he has started his own spiritual movement, Full Circle, which encourages “individuals to seek individual enlightenment while aligning their talents with forces larger than themselves.” Other than that, he’s now a father. He and his girlfriend, Arista Ilona, welcomed their first child, a daughter named Aiya Rose.

Matthew Lawrence is still a good-looking guy; however, his career isn’t as hot as it used to be when he was a child/teenager. Since Boy Meets World ended, he’s been stuck doing TV movies and guest parts on television shows and even that work hasn’t been consistent. We think it’s safe to say that his acting career is O-V-E-R.

Despite being a recognizable name during the ‘90s thanks to his role in Dazed and Confused as the heartthrob Randall “Pink” Floyd, his career has been pretty nonexistent in recent years. Aside from some small guest parts on TV shows and a bunch of TV movies, he hasn’t done much – except get into trouble. The last time he made headlines it was because he had just gotten arrested for assault and disorderly conduct for getting into a fight at a bar in Scottsdale, Arizona – which so not sexy.