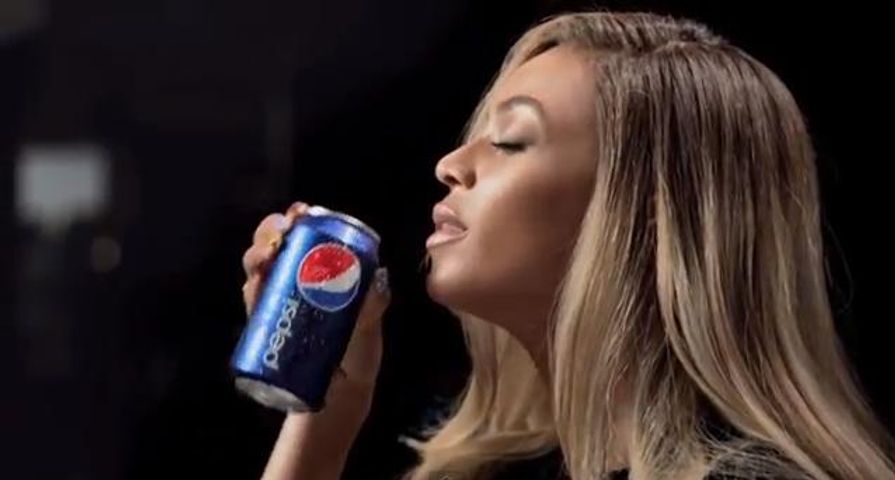 When you become a truly celebrated celebrity, it’s like hitting the jackpot in a continuous fashion. Forget the measly few millions made on recording contracts, movie roles and live touring, there are literally hundreds of millions to be made in the realm of advertising and lending your beloved face to a product. From clothes to shoes to fragrances, accessories…food and beverages…the list goes on. There are huge bucks to be made in the land of endorsement deals. Here are 11 examples of impressively high grossing celeb endorsement deals, and a few honorable mentions to go with them.

Justin Timberlake has been doing it well since his days as a Mouseketeer. We’ll state it factually: Justin tries too hard to be funny during interviews–too many jokes that would only make his grandmother laugh–still, you can’t deny his seemingly unending charm. Everyone seems to love Justin, regardless of race, religion or subcultural background. If you don’t like him as a singer, you probably like him as an actor. If you’re McDonald’s brass (in 2003), and your image is hurting, because people are starting to understand that McDonald’s food was less than, shall we say, high-quality, of course you’d go after a Timberlake. Justin scored $6 million to record “I’m Lovin’ It,” as a one time buy out. Six. Million. One song. One video. Justin later admitted to regretting the choice. We can imagine why. Though he couldn’t argue with the results: McDonald’s market shares jumped by 25 percent.

We’ve said it before, and we’ll say it again: there must be something magical in the Louisville water. People who come out of that city (George Clooney, Jennifer Lawrence, Muhammed Ali–Tom Cruise was raised there…) seem to have the golden touch. Everyone of the aforementioned have enjoyed some kind of endorsement deal. For George, you’d think a deal pushing fine suits, or Tag Heuer watches, right? Nah. Nespresso. The coffee brand. George has accumulated a pretty penny pushing the bean. It is estimated that he’s made over $40 million from this endorsement alone. Of course, there are others for which he has offered his voice. And what does George do with the money he makes from commercial work and endorsements? He launches satellites to monitor human rights violations. Seriously. We’d imagine if he has any left over, he pays mercenaries to eliminate the rights violators.

Let’s talk Chanel No. 5. As a matter of fact, our next two A-listers have been contracted to offer a little love, their faces and their voices to the push of the iconic fragrance. Brad Pitt was an intriguing choice for Chanel, who had long used Nicole Kidman as the face of No. 5, but again, why market perfume to ladies with another lady? Sure, women love to smell nice, but they also love to be smelling nice for others. And let’s say Brad Pitt happens to drop by the office, or eat at the same restaurant as one of these women who are shopping for perfume? OK. Yeah. This celebrity endorsement was just odd. Brad paid no mind, however, and he was surely pleased as punch when the check cleared. Chanel paid Brad Pitt $6.7 million for that stand-alone, 30 second, black and white ad.

Nicole Kidman has scraped a little more creme from the lucrative Chanel No. 5 crop. The porcelain skinned beauty has served as the face of the brand for well over a decade, and has done so for a reported $4 million per year. The math is fairly simple when considering this gig started in 2002. Nicole has remained loyal to Chanel No. 5, and vice versa. Both entities continue to serve as impressive draws in their respective industries, and Nicole may very well top out near $60 million-plus by the time she moves on from Chanel. To this day, the Parisian perfume remains the world’s most popular fragrance, and the top-seller of all fragrances. Considering its average $143 million in annual sales, paying Brad Pitt $6.7 million and Nicole $4 million is little more than a drop in the bucket.

Justin Bieber has raked in so many endorsement dollars, it’s nearly impossible to keep track. From various clothing deals to fragrances to Proactiv Acne Treatment and even nail polish. You read that right. Why would you peddle cheap nail polish to teenage girls with a female endorser? If you wanna sell to teenage girls, you get Justin Bieber. In 2010, The Biebs was paid $12 million to help OPI develop the line entitled, “One Less Lonely Girl.” Holy geez, if that isn’t some false advertisement, we don’t know what it is. Mums the word on Justin’s Calvin Klein contract, but we can imagine that the number is quite astronomical. Just think, folks, if you’d been born cute, half-learned to play the drums and could just carry a tune…Millions. Upon millions.

Don’t worry, Mrs. Jay Z fans, we’ve got his lady up in front of him where she belongs. First, we gotta offer props to a guy who has enjoyed several endorsement deals in addition to pushing his own brands to the masses. Jay Z is a rich man. And when you’re as rich as Jay Z, riches become a bit of a game. Forget enough. It’s not about having enough–it’s about seeing how much wealth you can amass for the sake of amassing wealth. Over the last 10 years, Jay Z has enjoyed endorsement deals with Budweiser, Microsoft and most recently, he was reported to accept a $20 million endorsement deal with Samsung, pushing their Galaxy line. What doesn’t this guy presently have his hands in? From technology to entertainment to professional sports and sports/entertainment management. Money making money.

It kind of hurts your heart to know how much Kim Kardashian has made for having a over-inflated…opinion of herself, and her ability to scrape the scratch. When she agreed to become the face of Glu Mobile’s app, Stardom: The A-List. After Kim joined the effort, the game became Kim Kardashian: Hollywood, and Glu Mobile agreed to giving Kim 45 percent of the game’s profits. What did Kim do in this process? Absolutely nothing. Seriously. She did nothing. She didn’t have to push it, she didn’t have to do big ads for it (she did, anyway, of course). And how much has Kim made for doing absolutely nothing other than being Kim on this game? Meh. Between $60-80 million at this point. Maybe more. It has been several months since those figures were delivered in early 2015. And she signed on to continue with Glu for a few more years.

Beyonce’s agreement with Pepsi may be the best mutual backscratching deal of all-time. In 2012, the soft drink giant signed Sasha Fierce to a 10 year, $50 million dollar deal, and agreed to the sponsorship of all Beyonce’s creative endeavors as part of their business relationship. Let’s consider the merits of this one. Beyonce will continue to “do her thing,” but if she decided she didn’t want to? That’s $5 million/year for doing nothing other than an advertisement here and there for Pepsi. Yes, this deal likely means that we will see Beyonce in the Super Bowl ad mix for many years to come, and it also means that if you see Beyonce in concert, don’t ask for a Coca-Cola. These numbers are commonplace in 2015 conversations, but pause and think about that for a minute: $50 million.

Charlize Theron is a bit of a miracle. For those unfamiliar with the story of this South African beauty, she didn’t exactly enjoy an easy upbringing. What she developed through her early trials was tenacity. Coupling that with her talent, she’s made a most excellent go at the entertainment industry. She’s got golden trophies, including one named Oscar, and she has also enjoyed the spoils of a rich modeling–print and commercial–career. Her campaign for J’adore by Dior, has paid her a cool $5 million a year, and she’ll soon be pushing into her 12th year as the face and voice of the fragrance. This campaign has been one for the ages, because the ads are incredible. Charlize turned 40 earlier this year, but maintains her ageless qualities. We imagine this contract will continue for years to come.

David Beckham will serve as the only “athlete” on this list, and officially he’s retired from the pitch, so we’re now considering him a head-turning celebrity. David is a handsome fella. No way around it. Add to it he once played the world’s most popular sport at the highest of levels, and he’s now married to a pop star personality and you’ve got an dream endorser. It has been reported that David signed a lifetime apparel deal with Adidas in the neighborhood of $150 million, and he also enjoys endorsement deals from Diet Coke, Armani, Samsung…the list goes on and on. Breaking his totals down, David is said to make over $50,000/day for his endorsement deals alone. That’s nice work if you can get. It’ll be interesting to see what happens next in the life of the former soccer star.

It has been a tough year for 50 Cent, so we wanted to show him a little love at #1. He’s also deservedly sitting in the spot, regardless of filing for bankruptcy protection earlier in 2015. We’re sure Fiddy was savvy with his funds, and he’s got stuff stashed away overseas under the name Johan Szpeilman. 50 Cent has enjoyed a few endorsements, but none the size of his score with Vitamin Water. Instead of asking for a big payday from a young company in a growth cycle, 50 asked for a share of the company. When Glaceau sold to Coca-Cola, Mr. Cent got a pretty penny. His payday amounted to a cool $100 million. 50’s other endorsement deals include big brands like Reebok, and an alleged $78 million deal with FRIGO. How exactly is he expecting to prove to the IRS that all this money has been spent?