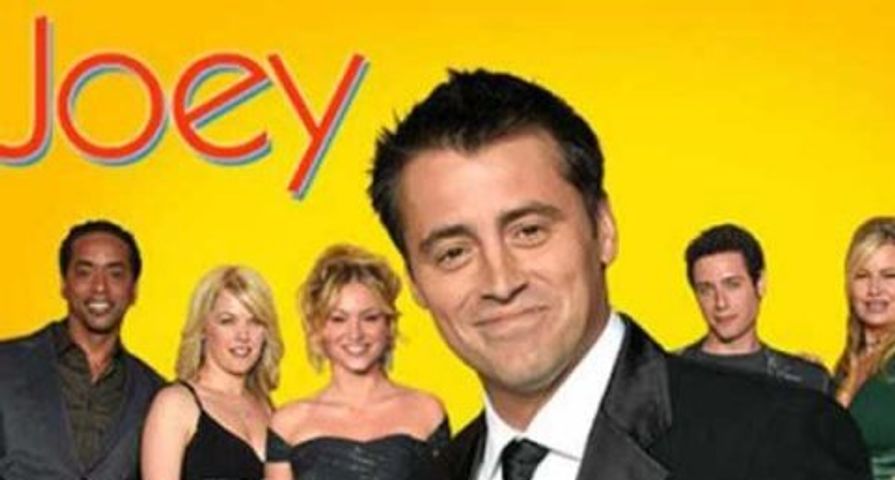 Spinoffs are a regular feature of modern television and are created for a variety of reasons.  When a show gets stale, producers might change the location of the show, for example Saved by the Bell became Saved by the Bell: The College Years.  Or the show’s creators will form a new show based on one of the most popular main characters such as Angel from Buffy the Vampire Slayer.  Spinoffs are usually introduced through a back door pilot, meaning it will be featured in a pre-existing show and then go on to film its own episodes.  An example is Private Practice which had its backdoor spinoff during the end of Grey’s Anatomy Season Three where Addison (Kate Walsh) goes to visit her friends’ practice in California.  While some of these spinoffs go on to be very successful, such as Frasier, many of them get cancelled after a season or even a few episodes because they don’t have the same appeal as the original series.

Following the success of Party of Five from 1994-2000 the show’s creators decided to try to capitalize on not only the show’s popularity but the rising stardom of Jennifer Love Hewitt by giving her character her very own show. Time of Your Life followed Sarah Reeves Merrin as she moves to New York City to find out more about her biological parents. Unfortunately the show did not resonate the same way with fans and was canceled in the middle of its very first season. Fox attempted to save it by putting it on hiatus and then running new advertisements touting the “Summer of Love” promoting Jennifer Love Hewitt as the star. The show was intermediately canceled after a failed comeback and seven episodes went unaired until TBS ran them from March to April in 2006, six years after its cancelation.

21 Jump Street originally aired from 1987 to 1991 and featured Johnny Depp as Officer Tom Hanson and Holly Robinson as Sergeant Judith Hoffs.  The show depicted young-looking officers who went undercover to investigate crimes on high school and college campuses.  The series led to a spinoff called Booker which ran from 1989 to 1990.  It followed the character of Richard Grieco and was canceled by Fox after one season.

America’s most beloved family aired for five seasons and then went into syndication in 1975 after it was cancelled in 1974.  The Brady Bunch has therefore never been off the air since it premiered in 1969.  It also inspired several failed spinoffs including The Brady Brides (1981), The Bradys (1989-1990), and Kelly’s Kids (1974) which only released a pilot before it was cancelled.  The longest running Brady spinoff was the animated Brady Kids which ran for two seasons from 1972-73.

The bad-a-s ranger who does martial arts while fighting crime was played by Chuck Norris in Walker, Texas Ranger and the show ran for 8 seasons.  It also led to the unsuccessful spinoff Sons of Thunder which only aired for two months before being sent to the island of forgotten shows due to budget issues.

The original series, Charlie’s Angels, showcased Kate Jackson, Farrah Fawcett, and Jaclyn Smith as Charlie’s Angels who work for a detective agency.  A spinoff called Toni’s Boys (1980) was planned starring Barbara Stanwyck who ran another agency and employed three men.  The backdoor pilot aired on Charlie’s Angels, but never became a regular series.  A revival of the show was attempted in 1988 and again in 1989 but never made it to production.  Then in 2011, a revival of Charlie’s Angels was successfully launched, only to falter after 13 episodes.

The eerie and dark drama of Criminal Minds follows a detective agency that tracks down the most sinister killers and has gone on for ten successful seasons while looking forward to its eleventh.  It is also the parent show to Criminal Minds: Suspect Behavior.  While shows of a similar genre such as CSI and Law and Order have generated successful spinoffs, Suspect Behavior was laid to rest after 13 episodes.

The sci-fi thriller series The Twilight Zone spawned a few successful spinoffs such as The Untouchables (1959-1963), but it was also responsible for the failed pilot Cavender is Coming (1962), and the 2000s revamp of The Twilight Zone only lasted one season before its termination.

The immensely popular NBC show Friends (1994-2004) launched the careers of Courteney Cox, Jennifer Aniston, Lisa Kudrow, Matt LeBlanc, Matthew Perry, and David Schwimmer.  TV fans could not get enough of the series and a spinoff was made featuring LeBlanc as Joey Tribbiani who moves to LA to further his acting career.  Joey only aired 38 episodes before cancellation in 2006.

Most fans know that Frasier was a spinoff of Cheers and featured Dr. Frasier Crane (Kelsey Grammer) and his move from Boston to Seattle to star in his own radio talk show.  The show also inspired another spinoff called The Tortellis starring Dan Hedaya and Jean Kasem.  Due to low ratings, the show was cancelled after 13 episodes in 1987.  Frasier, however, ran for 11 seasons, the same number as its parent show Cheers.

Before he was Jay Pritchett in Modern Family, Ed O’Neill played Al Bundy on the long running TV series Married With Children featuring Katey Sagal, Christina Applegate, and David Faustino.  The show ran for 11 seasons, but its spinoffs Top of the Heap (1991), and Vinnie & Bobby (1992) only aired 7 episodes each.  Both spinoffs starred Matt LeBlanc as Vinnie Verducci.

The hit show Dawson’s Creek featuring James Van Der Beek, Katie Holmes, Joshua Jackson, and Michelle Williams follows the lives of a group of teenage friends in Capeside as they navigate high school and go to college.  In 2000, a spinoff of the show was created called Young Americans, starring Will Krudski, a friend of Pasey’s, who returns to his home in Raleigh.  The show was cancelled after one season because of bad ratings.