11 Celebrities With The Worst Taste In Men 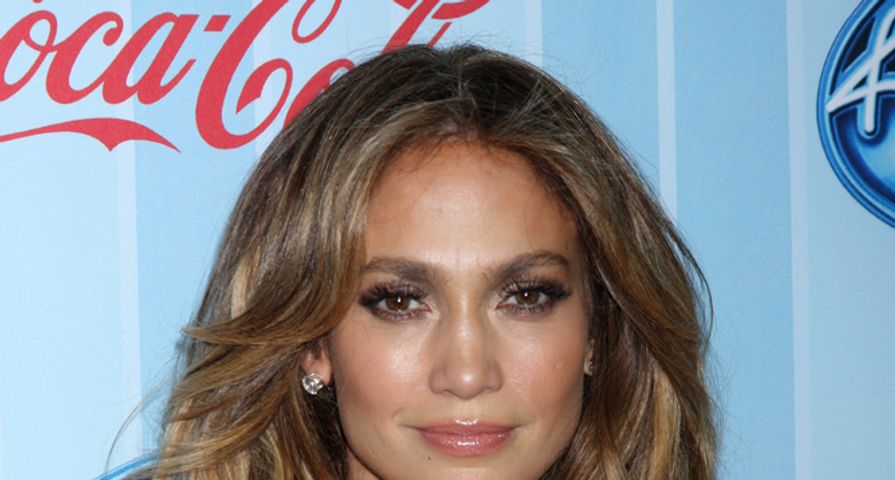 There are some celebrities in Hollywood who have awful taste in men. If there’s a total dud within a five-mile radius, these ladies flock to him immediately. You’d think some of the women would have better taste given the high quality of men in Hollywood but it doesn’t really seem to matter. These ladies have low standards and nothing will change that. We feel bad for these women because we know they deserve better, but they consistently make romantically questionable choices. We decided to make a list of 11 celebrities who have the worst taste in men – check it out!

Katy Perry may be on top of the world career-wise but, when it comes to her love life, she is pretty down and out. Her two biggest relationships have been with complete womanizers, Russell Brand and John Mayer. She married Brand while he was recovering from a heroin and sex addiction and she dated Mayer after he publicly insulted his ex Jessica Simpson. Neither of these relationships worked out and it remains to be seen which questionable bachelor she’ll hook up with next.

Kim Kardashian has always had bad taste in men. She married Damon Thomas when she was only 19 and he allegedly mentally and physically abused her. After him, she moved onto Ray J whose only real claim to fame is that he was her co-star in her sex tape. She then married Kris Humphries, a guy who famously burped in her face as she went in to kiss him on an episode of “Keeping Up with the Kardashians.” Now she is married to Kanye West, a rapper who is best known for his rude and arrogant behavior.

One of Katie Holmes first relationships in Hollywood was with Chris Klein, a former teen star who is best known these days for his struggles with alcohol. After him, she quickly hooked up with Scientology-enthusiast Tom Cruise. Once these two became involved, everyone noticed that Holmes seemed brainwashed. Although she proved us all wrong when she finally left him in 2012, we are kind of nervous to see who she dates next.

Like her older sister Kim, Khloe Kardashian also has really bad taste in men. During “Keeping Up with the Kardashians,” she dated Rashad McCants, who she caught being unfaithful to her when Kim broke into his voicemail. She then moved onto Lamar Odom and these two married after only a month of knowing each other. He too cheated on Khloe. Now she is hooking up with French Montana, a rapper who is rumored to be using the reality star for fame.

Paris Hilton has surprisingly bad taste in men. One of her first boyfriends, Rick Salomon, is the one who released her sex tape prior to the premiere of “The Simple Life.” After him, she dated a string of men who seemed to only associate with her for the exposure. This list includes but is not limited to Nick Carter, Stavros Niarchos and Doug Reinhardt. The heiress’ taste in men has not improved in recent years. She is currently dating River Viiperi, a model who is 10 years her junior.

Pamela Anderson has had three great loves in her life and they have all been duds. First there was Tommy Lee who was charged with spousal abuse when he kicked her while she breastfed their youngest son. Next there was Kid Rock, who she married and divorced within five months. She is currently married to Paris Hilton’s sex tape co-star Rick Salomon. These two married for the first time back in 2007; however, she had the marriage annulled a few months later and the two hooked up again back in 2013.

Since her relationship with Justin Timberlake ended, Britney Spears has demonstrated that she has really bad taste in men. She married aspiring rapper and gold digger Kevin Federline, who happened to be one of her back up dancers when they met. When these two divorced, Federline made off like a bandit. A few years ago, she hooked up with paparazzo Adnan Ghalib, a man who totally exploited her fragile mental condition. Hopefully her current relationship has a happier ending.

Since her failed marriage to Nick Lachey, Jessica Simpson hasn’t been the luckiest in regards to love. She hooked up with notorious womanizer John Mayer, only for him to publically discuss their sexual relationship with Playboy. She moved onto Tony Romo, who reportedly cheated on her in her own bed and dumped her on the night before her 29th birthday party. Right now she is engaged to Eric Johnson, a former football player who hasn’t had a full-time job since he played for the New Orleans Saints in 2008.

Mila Kunis is one of the coolest women in Hollywood; however, her taste in men is really questionable. She dated the reclusive child actor Macaulay Culkin for the better part of a decade and, when they split up, she moved on to Ashton Kutcher, an actor most famous for cheating on his ex wife Demi Moore with a couple of fame-hungry nobodies. Kunis is currently engaged and expecting her first child with Kutcher. Let’s hope he treats her better than he did his ex.

Halle Berry’s love life has always been tempestuous. Her first marriage was to baseball player David Justice and it ended with a restraining order. Her next marriage was to Eric Benet, who she divorced after he failed to overcome his sex addiction. She then dated Gabriel Aubry, with whom she had a really public custody battle. Berry’s current husband Olivier Martinez is mostly known for beating her ex Aubry up in front of her and her daughter.

Jennifer Lopez easily has the worst taste in men. In the late ‘90s, she was all loved up with Puff Daddy and, after that ended, she hooked up with one of her back up dancers, Chris Judd. Her marriage to Judd lasted less than a year. She then hooked up with Ben Affleck, who reportedly cheated on her with some strippers. After that finally ended, she quickly married Marc Anthony, who had a reputation for being controlling. When they broke up, Lopez jumped into a relationship with one of her back up dancers, Casper Smart. They recently broke up after he reportedly sexted with a couple of transsexual models.