11 Celebrities Who Will Most Likely Quit Hollywood 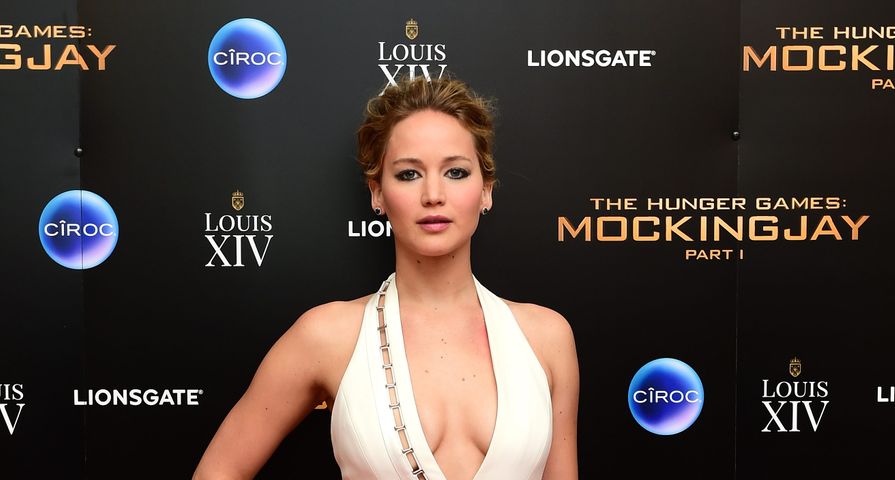 Looking into a cheap IKEA crystal ball, images percolate and reveal exceptional glimpses into presumptuous futures. Not all Hollywood stars are built to last. Some simply can’t sustain, while others kick the present coin to the curb, and live off residuals, getting fat a la Marlon Brando. And some celebrities, they simply decide they hate Hollywood, and everything it stands for, then they bail. Based on pure speculation (with highly entertaining reason), we think that these 11 celebrities will most likely quit Hollywood.

Charlize Theron and Sean Penn recently called off their engagement, which is a good sign for the versatile actress; however, she has always seemed like she’s one bad day from throwing her hands in the air, saying “F*** it!” before pursuing a career in women’s beach volleyball… or before admitting she’s not from this planet and returning home. Seriously, what else is there for Charlize to do, other than continue to look far younger than she actually is? She’s played everyone, and everything (Monster) that she possibly could. She is the least likely in this mix to actually do it, but there is no person who’d be surprised if she someday said, “I’m done.”

Chris Hemsworth just called Hollywood bull**** in June of 2015. No doubt, the man who plays Thor loves to play Thor. He loves to play make believe. He loves taking in laughs, and delivering a few to audiences… but at his essence, Chris is a family man who’d rather kick back at home than be at a social mixing, handshaking, Hollywood schmooze party. Will he completely quit Hollywood? For starters, what does that even mean? But sure. He could bail on the whole giant, studio-produced movie thing, and just focus on acting in solid indies and well-funded artsy-fartsy films. All those things athletic actors do to prove they’re more than muscle and great looks.

It’ll be awhile, but Katy Perry will eventually reconcile with her Christian faith. She’ll come to figure that her faith isn’t her parents’ faith, and that she has judged her parents to be religion, instead of digging deeper to find meaning that was true to her in the first place. (These are all paraphrased ideas that will come in a book which she’ll publish in the next 10-15 years.) At that point, she’ll continue using the name Katy Perry, but remind people that she used to be a Kate Hudson, and she’ll start writing and performing music that is similar to her current style, but putting forth a completely different substance. Again, don’t expect this one to happen tomorrow, but don’t be surprised when it does happen.

Is this guy not the definition of how to make millions with no flips given? He is. Now he’s a dad, and he’s going to get tired of the make-believe thing. He and Mila Kunis are destined to have more babies and, when they do, Ashton will likely pour himself into the kids, and then pour bucks and other resources into businesses that he can do from home. Eventually, he’ll probably do some more acting, but he’ll let go of that desire to play roles where people will “take him seriously,” and just focus on doing what he does best: being absurd and making people laugh. When you’re a great comedic actor, who cares if anyone takes you seriously? Still, if he walks away and starts a transportation tech company, nobody would be surprised.

Say what? Beyonce quit the business? Is she even part of Hollywood? Considering that Hollywood is the machine that pumps out entertainment celebs, she qualifies. Music videos definitely helped create Queen B. For Beyonce, the crystal ball is blurry, but there’s a good chance children are going to make her reconsider everything in the not too distant future. As she gets older, and all of the make-believe that surrounds her life begins to fade against the glaring truth that she’s not getting out of this life alive, look for a shift in perspective, focus, desire and output. She’s already got more money than she could spend in three lifetimes, so it wouldn’t be a surprise to see her dial back productivity in the next 5-10 years.

Justin Bieber not only seems like a guy who could quit everything, and be cool with it, he seems like a guy who could become like Sia, and start singing toward a wall. The thing that he has going for him at present is that he doesn’t seem to be the sharpest knife in the drawer. He was sheltered as a youth, went d-bag as a teenager and now he’s becoming self-aware. This could be dangerous for Bieber fans. It’s like Tiger Woods getting caught, and cutting off a variable to his competitive greatness. Can guys like this find their mojo in the realm of legitimacy? Justin will certainly throw down for another few years, but at a point, his fan base is going to grow up and move on, and he’ll have to as well.

In the category of tragedy, there’s Miss Miley Cyrus. Miley is unhealthy, and doesn’t seem to possess all of her capacities. Skipping the major address of her moral and ethical depravity, she’s being consumed by something far greater than herself, and it ain’t fame. Whatever it was that seemed so appealing in shedding the good-girl, Hannah Montana image has begun to eat Miley Cyrus alive and, at a certain point, she’s going to find that she’s powerless against it. She’ll either be forced to quit the business, or quit the life. Here’s to hoping she can tap back into her roots, and see that she’s on a path marked dead end. No need to go any further when you see the sign.

When you’re a hilarious, black comedian* who stars in everything, and has everyone rolling in the aisles, what else do you do but bail on the biz? Looking at Eddie Murphy, Martin Lawrence, Chris Tucker, Dave Chapelle, this is apparently just what happens. No, none of these people have officially quit — well, maybe Tucker and Chappelle — but there has a been a general sense of disenchantment with the industry from all of them. Here’s to hoping that all of these comedy all-stars could get together and do a little something. Maybe an action comedy where they kidnap a Hollywood executive, act in his stead, hire all women and minorities**, then produce loads of award winning films. Regardless, Kevin Hart is destined to be the next guy who will say, “Yeah. That’s enough.”

*All are aware: not everyone goes this route.
**Irony, not race/sexism.

Angelina Jolie has somewhat bailed on Hollywood already, but she loves to tell stories. It’s simply in her blood… her blood that was once in a vial around Billy Bob Thornton’s neck. Angelina and husband, Brad Pitt, now live in New Orleans, Louisiana, and as their children get older, it would only seem predictable that she’ll bail on the heavy workload she has endured for a couple of decades. It seems near impossible that she’s done as much as she has by age 40, but she’s done it all. It’s truly impressive. Still, her next life chapter seems destined to focus on charitable, humanitarian work. It would be so very cool for her to teach her craft to kids who’ll likely never enjoy the opportunity otherwise.

Jennifer Lawrence is out. When this girl has babies, she’s gonna give Hollywood the wink and the smile, then be on her merry way. It’s too much to think that Jennifer would quit acting, because that is simply something she does. It’s part of who she is. Still, she has been rather candid in interviews about what she values most in life, and it’s not playing Katniss Everdeen. Not to worry, super-fans of J.Law… Jennifer is only 24, and though she longs for to settle down, she’s likely going to be quite picky about who she settles with. Everyone knew that the Chris Martin fling meant nothing. In the meantime, everyone can enjoy her talent on-screen, and bid a fond farewell when she embarks on an early retirement. Just remember: someone quitting doesn’t mean they will never start again.

Did Shia LaBeouf officially quit Hollywood? Is he only doing indies? The answer would be yes… but he still manages to be one of Hollywood’s top A-listers. Regardless of how one feels about Shia LaBeouf, his talent is premier. The biggest film he has done since leaving the Transformers franchise was last year’s war drama Fury, which was highly underrated. Making his participation in the war epic even more weird, were the reports that he converted to Christianity after he dug into his evangelical character, Boyd “Bible” Swan. Likely due to Shia’s harmless, yet somewhat sociopathic nature. There’s no way Shia will ever stop acting, but it really seems that he was serious when he said he was done with the popcorn flicks. Whether by way of technicality, or semantics, Shia LaBeouf has rebuffed Hollywood.