11 Celebrities Who Had Simple Weddings 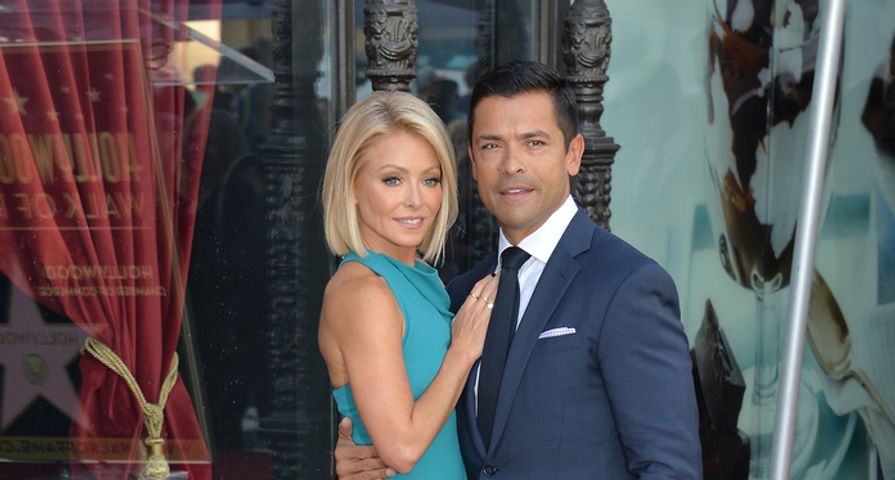 Celebrity weddings are known for their glamour. From expensive wedding dresses to extravagantly decorated venues, many star couples go all out on their special days. But what about those celebrities who don’t want a lavish wedding? Several famous couples have opted for more intimate and modest ceremonies that are focused more on their love and less on the glam. Here’s our list of 11 celebrity couples who had beautifully simple weddings.

Kristen Bell and Dax Shepard had a short and sweet wedding they will always remember! The two met at a birthday party and started dating in 2007. They wed on October 17, 2013 at the Beverly Hills Courthouse, after a 3-year delay. In support of gay rights, Bell and Shepard decided to wait to get married same-sex marriage was legalized in their state of California. In an interview with Jimmy Kimmel, Shepard said the event cost a mere $142, gas included. “It was just Kristen and I at this lonely courthouse so they brought us this cake afterwards,” Shepard said about the wedding. Unlike traditional wedding cakes that wish the newlyweds “Congratulations!” this cake poked fun at their simple day with “The World’s Worst Wedding” scrawled on top. Laughing about it, Shepard said, “How many people can say they threw ‘The World’s Worst Wedding?'” The couple have 2 young daughters together: Lincoln and Delta.

This lovely couple opted for a simple wedding after scrapping plans for a more elaborate one. The two met through Clarkson’s manager, Narvel Blackstock, who is Brandon’s father. Although they had known each other for years, they reconnected at the Super Bowl in 2012 and the rest is history! On October 20, 2013, they had a small wedding ceremony at Blackberry Farms in Tennessee. Originally the couple planned to have a larger affair in the backyard of their Nashville home; however, they called it off after planning became too much, and decided to host a smaller event. “Our whole life is a celebration,” Clarkson said. “That’s what we kept laughing about. We don’t need another day where we throw a big party. We would rather have an intimate moment that’s special.” The couple have two children together: a daughter, River Rose, and son Remington Alexander. Clarkson is also a stepmother to Blackstock’s two children from his previous marriage.

Beyoncé and Jay Z’s wedding has been shrouded in secrecy since they exchanged their vows on April 4, 2008. The couple dated for 6 years before getting married in a secret ceremony with their closest family and friends. With only 40 guests in attendance, little details about the ceremony were known. Even after the event, Jay Z still denied it, stating in an interview not long after: “I don’t know what you’re talking about.” Three years passed before fans saw Beyoncé’s wedding dress, which was revealed in the video for her single, “I Was Here.”  In 2014, 6 years after their wedding, they showed footage of the event while on their joint tour, “On The Run.” When asked about why she opted to keep the wedding small, Beyoncé said it was because she’s not a “traditional woman” and that, “It’s been my day so many days already.” They have 1 daughter together – Blue Ivy Carter born in 2012.

Jessica Alba and Cash Warren have been married since May 2008 in what was a low-key event. Alba met Warren during the filming of Fantastic Four in 2004 when he was working as a production assistant. The two immediately clicked, with Alba saying she knew he was the one. In the February 2013 issue of InStyle magazine, Alba gushed about her beau. “I just knew when I met him that I was going to know him forever. It was weird. He instantly felt like family. I’d never felt like that with anyone. We got each other. We’re kindred spirits.” The couple had a simple affair at the Beverly Hills courthouse with only the 2 of them in attendance. Alba donned a simple blue dress and wore her hair in a ponytail. Warren opted for brown pants and a white shirt. They waited 40 minutes before the paperwork was processed by a courthouse employee so they could get married. Alba was pregnant with their daughter Honor Marie when they wed. They also have a second daughter, Haven Garner, born in 2011.

When Scarlett Johansson and Romain Dauriac married, they kept their modest wedding plans private from the media. The couple started dating in November 2012, after Johansson ended her relationships with Sean Penn and Nate Naylor, an advertising executive. They kept the wedding plans hushed because they wanted to maintain privacy on their special day, and chose a remote location in the United States. They exchanged vows in a simple ceremony on October 1, 2014 on a ranch in Philipsburg, Montana. Their daughter, Rose Dorothy was in attendance, who was only a few months old at the time.

Keira Knightley’s wedding with James Righton, a member of the band Klaxons, didn’t follow the standards of a conventional wedding. The two started dating in February of 2011 before getting hitched on May 4, 2013 in France. Rather than purchase a wedding dress, Knightley chose to re-purpose an old dress for the occasion. She wore a pink Chanel tulle dress she’d worn to several events in the past. Speaking about her choice to wear the dress, Knightley said, “I’d worn the dress lots. It was my something old. And I liked not making a big deal about it. I just wanted to be in something I had had a great time in, something I would have a great time in again.” Only 11 guests attended the ceremony, and 50 at the reception. When asked about the wedding, Righton said, “I just fell in love with someone who happens to be amazing. We had a beautiful wedding and there was a lot of love.” Knightley and Righton have a daughter, Edie, born in May 2015.

Kelly Ripa opted for a Vegas wedding when she married her love, Mark Consuelos. The couple met on the set of All My Children when they played lovers on-screen. On May 1, 1996, they eloped in Las Vegas and have been a rare example of a longstanding marriage. The wedding plans were simple, with Ripa wearing a dress she purchased 5 years prior. “The dress is 25 years old. My marriage is 20 years old. I didn’t buy it as a wedding dress. I just bought it because it was really pretty, and I wanted to buy something from the Barneys Warehouse sale,” she explained on Live. “I was working the soap [All My Children]. I didn’t make a lot of money. It was $199 on final clearance sale. ‘Do I eat this week, or do I get this dress?’ Literally, this was the thought process.” In April 2016, Ripa donned the dress again to celebrate the couple’s 20th anniversary. The couple have 3 children together: Michael Joseph, Lola Grace, and Joaquin Antonio.

Sarah Jessica Parker was introduced to her beau by her brother who worked with Matthew Broderick at the Naked Angels Theater Company. They wed in 1997 at the Angel Orensanz Foundation Center located in Manhattan’s East Side. The ceremony was kept secret until the last minute. The 100 guests were told they were attending a party, only to find they were attending Broderick and Parker’s wedding instead! Broderick’s sister served as the officiant of the wedding. Parker wore a black off-the-rack dress, a choice that continues to be talked about today. “I was too embarrassed to get married in white, and both Matthew and I were reluctant to have people pay so much attention to us,” she told Marie Clare in 2006. She told the magazine that her dress choice is the one thing she regrets, and if she had a chance for a do-over, she said “I’d wear a beautiful, proper wedding dress, like I should have worn that day.” Parker and Broderick have 3 children together: twin daughters Marion Loretta Elwell and Tabitha Hodge, and their eldest, James Wilkie.

Rachel Weisz and Daniel Craig tied the knot in 2011 after a whirlwind romance. After 7 months of dating, the couple were married in a small ceremony in New York. Only 4 guests were in attendance, including their 2 children from previous relationships. When asked about her decision to keep the marriage private, Weisz told MORE magazine, “He’s just too famous. It would be a betrayal. You have to protect your marriage.” Like their wedding, the couple prefers to keep their marriage out of the public eye. Weisz has a son, Henry Chance, from her previous relationship with Darren Aronofsky. Craig has a daughter, Ella, from his first marriage to Fiona Loudon.

Kate Winslet and Ned Rocknroll had a fast courtship that led to a quiet, modest wedding. The two met while Winslet was vacationing in August 2011. The romance grew quickly and the couple were engaged by 2012. Before the media even knew about the engagement, they were married. Even Kate’s parents weren’t informed of the ceremony until after it happened. Winslet and Rocknroll married in a private ceremony in December 2012 in New York. Along with Winslet’s 2 children, there were a few other guests in attendance. Leonardo DiCaprio had a special role that day: he walked Winslet down the aisle to give her away. The couple have a son, Bear Blaze, born in December 2013. Winslet also has a daughter with film director Jim Threapleton, Mia Honey, and a son, Joe Alfie, with director Sam Mendes.

Unlike her lavish first wedding, Tori Spelling’s second wedding with Dean McDermott was much more intimate. The couple met while working on a TV movie together in Canada. Spelling was previously married to actor Charlie Shanian, while McDermott split with his wife, Mary Jo Eustace, after having an affair with Spelling. On May 7, 2006, the couple married in Fiji, away from the spotlight. They exchanged vows while barefoot on the beach without any guests in attendance. In 2010, the couple renewed their vows at the same location where they wed 4 years earlier. They have a large family – daughters Stella Doreen and Hattie Margaret, and sons Liam Aaron and Finn Davey. McDermott also has a son from his first marriage.