11 Celebrities Who Were Kicked Out Of High School 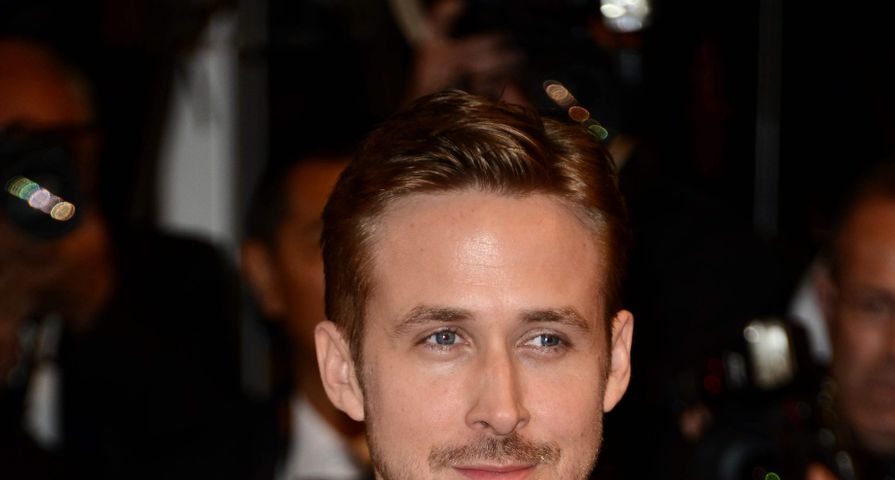 You’ll be shocked to learn that some of your very favorite celebrities were total troublemakers in school. And if they weren’t troublemakers, they had trouble making the grades, regardless of possessing gifted intelligence. The list of celebrities who have been kicked out of school–some many schools–is quite staggering, and it seems these people were looking for that special something to motivate them during their formative teenage years. Here are 11 of the biggest names in the business from today and yesteryear, and one very “special celebrity” who may have been the smartest person to ever live.

Sweet Salma Hayek. She may fill a frame quite wonderfully while gracing the silver screen, but in person, she’s barely bigger than a fairy, or perhaps a woodland sprite. Salma, barely standing five feet tall, had no trouble making the grades while going to a private Catholic school in New Orleans, Louisiana, but she did have a panache for making trouble with the nuns. If you’ve seen the strangely satisfying comedy, Problem Child, from the 1980s, that was pretty much Salma, in form of a cute little sprite. She was a little prankster, and got her jollies from torturing the nuns with various pranks and practical jokes. Eventually, she got the boot from school, and as a result worked up the courage to move to Los Angeles where she famously called William Morris Agency upon arriving, and asked for Mr. Morris…who had been dead for years.

Owen Wilson had no real behavioral issues while in school, and was quite charming in his youth, as he is today. However, he once felt the pressure to perform while unprepared, and he made the regrettable decision of cheating on a test. Owen was expelled due to this behavior, so that leads us to believe he had a few issues and run-ins with administration before the cheating scandal. After getting the boot, his parents opted to enroll him in a military academy to learn some good, old-fashioned discipline, and…apparently he did…enough to at least become friends with Wes Anderson, then embark on an incredibly impressive career in the film. For those who are curious, yes, Owen did graduate, and received his high school diploma from the military academy.

Cheryl Cole is one of those individuals you look at, hear speak and sing, and you’d guess that she was a really great student who graduated with honors. Nope. Cheryl couldn’t cut it in the land of organized academia, and her grades didn’t meet the standard at a couple of different schools, so she got the boot. After her second experience–the education system being a little more stringent in the UK–getting axed from her secondary/high school education, she decided she wasn’t going back. She was only 15 years old. Fortunately, Cheryl is talented, and exceptionally beautiful, so people who like to make big money signed her to a lucrative contract and she has defied the odds of high school dropouts in western society. Take that, statistics!

When your dad is Martin Sheen, and you’re strutting around with a very familiar face and name, there’s a lot to live up to. Charlie Sheen wanted none of it. Charlie should maybe be #11 on this list, because nobody is surprised that he’s in this mix. Yes, Charlie was booted from his high school in Santa Monica for a combination of things–mostly some serious senioritis–just before he was set to graduate. At that point, he pretty much said “Screw it,” and went on to enjoy a very profitable career in film and television. Within a couple years, he was playing disparate versions of high school students in Ferris Bueller’s Day Off, and Lucas. The same year (1986) he starred in Oliver Stone’s Best Picture Winner, Platoon. After years of not really caring, Charlie decided to get his GED in 2014.

Richard Branson proved his savvy when he was kicked out of a prestigious boarding school. No, it wasn’t an issue of grades for Sir Richard… it was his one weakness that he simply couldn’t deny. The ability to pull off a quality prank. We’re all aware of his gift for hosing people on April Fool’s Day–most recently clowning on the small, tourist town of Branson, Missouri–and his love for high risk, high reward humor began early in life. Richard was kicked out of school for sneaking into the headmistresses (principal) bedroom. As you’d imagine, this was a serious no-no, and he was offered immediate expulsion. Here’s where this story gets really good. He didn’t want to leave the school–he enjoyed the environment–so he would take explosion for an answer. He feigned suicidal behavior until they took him back, where he finished his education. Billionaire.

The late Amy Winehouse wasn’t a bad student. She made the grades necessary to keep up with her school peers, and her attitude was just fine in class. Amy was kicked out of her school for breaking one simple rule: a disallowed piercing. That sounds much worse than it is. Amy got her nose pierced, and that type of piercing wasn’t allowed. This is something that seems rather silly in the 21st century, but rules are rules, and such a piercing was seen as a distraction. Amy went on to pierce many other things, we presume, though we can only confirm body parts like ears and lip. Too bad Amy wasn’t an American citizen at a public high school, because everything pretty much goes ’round here. Any suspension or expulsion would be met with pickets about First Amendment rights. Moving along…

Big Game Bob. He may have been a really good student while playing Edward in Twilight, but in real life, Robert Pattinson was abysmal in the classroom. He couldn’t make the grades, and he really didn’t give a crap. In fact, we’ll reverse that. Rob didn’t give a crap, and because of that, he didn’t make the grades. The reason he didn’t make the grades? He never did his homework assignments. By letter of school regulation, this was the official reason why he was kicked out of school. Now, let’s imagine what Robert did instead of his homework. We’re guessing that he spent many hours with a guitar in his hands, just playing the day out. Maybe if Rob would have done his homework, and stayed in school, he would have avoided the terrible career decision to play a vampire in a tween series.

Woah!? Keanu Reeves was not a good student. Why is that hard to imagine? Wasn’t he supposed to be a genius or something? Or have we confused him with Ben Kingsley? In truth, Keanu was raised in Canada, and he enjoyed school, but he was more interested in sports than he was academics. He has been candid in speaking about his school life. He possessed too many rough edges to really fit well into his high schools. The plurality is intentional. Keanu wasn’t raised in what would be considered a stable home environment, and according to the man himself, it was his mouth that got him into trouble regularly. He was expelled from an arts school, before giving a formal education one more go–he dropped out before graduation. Keanu never finished school, and to this day he has no high school diploma.

At #3, it’s none other than the world’s foremost mathematician and physicist, Albert Einstein. This guy was so smart, he became a celebrity because of his smarts. Einstein’s theories in the realm of physics opened a can of worms in the scientific community to that is still not fully understood, and has only led to more theoretical presumption, experimentation, observation and plain-old wonder. Albert Einstein was a terrible student in his youth. His attitude sucked–for lack of better terms–and he went through school bored out of his mind. He was expelled multiple times, before he decided on his own to cease the pursuit of “higher education” at the secondary level. It’s a shame more general studies don’t include the a glimpse into the world of Albert Einstein. Yes, Albert went on to pursue the highest of educations, and in 1905 received a PhD from the University of Zurich.

Are you familiar with Adele’s faux pas in the realm of secondary education? It was all because of a boy named Gareth Gates. Adele met Gareth while they were both competing on the ITV reality show, Pop Idol. You can guess its inspiration. Adele had a very sweet spot for Gareth, and when back at school, she caught herself within an earshot of a Gareth Gates foe. So the story goes, Adele engaged in a physical fight this female student, because the girl was bad mouthing her Gareth. Adele may not seem like the fighting type, but the damage she did warranted an expulsion from her school, which had a stringent policy on fighting. That’s how it’s done in the UK. Schools in the United States should take note. Now, let’s imagine Adele beating this other girl singing, “There’s a fire, starting in my heart!”

There is no way Ryan “Mousketeer” Gosling is on this list, is there? And at #1? Oh. There is. And his story of expulsion is pure gold. Pure. Gold. We’re not sure of all the details, but it seemed that Ryan didn’t like to take s*** from anyone in high school, after he had been a singing, dancing supporter of the contemporary Mickey Mouse. On one particular school day, Ryan brought a set of knives to school, and allegedly threatened another student with said knives. Well… it’s a far cry from the mass shootings of our contemporary era, but it was obviously a cry for some attention and help. Ryan was given the boot from his school, but sought treatment and received a diagnosis of ADHD, which had served to frustrate him in his school environment. He was eventually readmitted into school, and enjoyed classes geared toward his needs.