10 Young Celebrities Who May Become President One Day 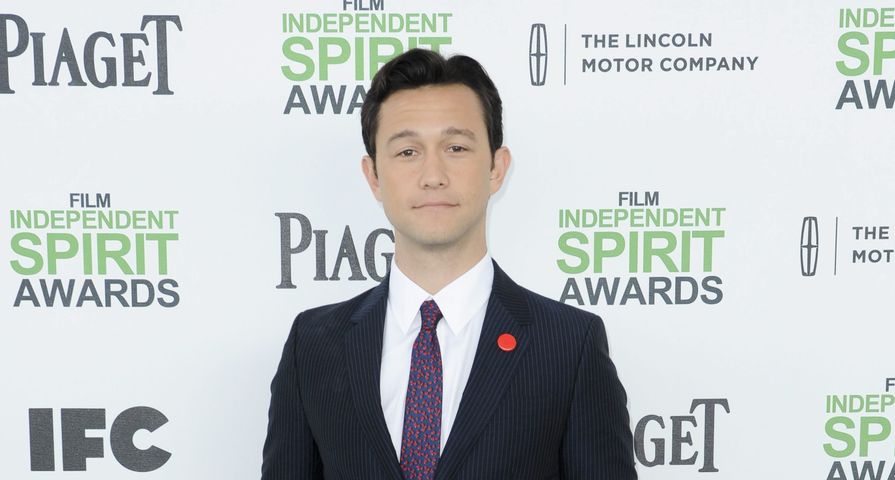 People have long made predictions about future presidents, usually plucking their ideas from the current sphere of politicians and activists; however, one cannot deny that many celebrities venture from entertainment into the political game: Ronald Reagan, Arnold Schwarzenegger, Jesse Venture and Al Franken. There are certain people who presently boast the title of celebrity — whether musician, actor, reality star, athlete, activist or innovator — who simply seem to have political prowess in their DNA. Consider 10 young celebrities who could become president one day and, keep in mind, to qualify in the United States, they only need be 35.

CARL! CAHRAWL! CORAHL! Whatever it is Andrew Lincoln screams at Chandler Riggs while portraying the Grimes family in AMC’s The Walking Dead, Chandler Riggs (Carl Grimes) has the makings of a future United States’ president. He has already led a group of zombie survivors through the south and, if you’ve ever been to the south during the summer, you know that is practically an impossible task. Who better to help the U.S. navigate its budgetary woes than Chandler? Chandler seems like he may get bored with the life of an actor and aspire to greater competition and aspirations, like American politics. Born in Georgia, Chandler would likely possess a perfect mix of Southern charm, combined with an understanding of the Hollywood elite. That’s a deadly combination in an presidential election…just ask Bill Clinton.

Chloe Grace Moretz seems like someone who would really clean up Washington from a steady stream of corruption. She definitely did kick some a-s while starring as Hit Girl in Kick-Ass and Kick-Ass 2, and she completely laid waste to those punk kids in the remake of Carrie. Considering a real skill set to becoming a female POTUS, Chloe has a knack for not really giving a s–t. Something every president needs. She kind of does what she does, is remarkably witty and would easily handle her own when properly educated for a presidential debate. This would give her an edge in any future election.

What is it about Dakota Fanning that suggests that she could run for president someday, and win? Sure, there’s every chance that the 21 year old Dakota will get married at some point, have several children and continue acting at a ripe old age but, even still, she could take 4 to 8 years of a break to serve the nation as the Commander in Chief. Even if she wasn’t a great president, she’d be really great at acting like she was — just like other U.S. Presidents. She has the smarts, the charm, the ability and understanding of working long, hard hours. If it never happens, perhaps younger sister, Elle Fanning, would give it a go?

You probably don’t recognize the name Leonard Fournette, but it will be a household name in the next three to five years. Leonard Fournette is presently an elite, college running back, playing football for the LSU Tigers. He will be a Top 3 pick whenever he declares for the NFL Draft and, at that point, everyone will see why he could someday serve as president. Of all young athletes who will play at a very high level and make a lot of money doing it, nobody campaigns like Leonard Fournette. This fella has the smarts, the charm, the savvy and the confidence to pretty much do whatever he wants to do, whenever he wants to do it. Add to it the fact that the 6’1″ Fournette New Orleans native looks stellar in a suit, and you’ve got the makings of a future POTUS.

It’s likely his acting chops that have landed him in the mix, but Texas-born Tye Sheridan seems to possess an endless pool of talent. The youngster was thrust into the spotlight playing one of the children in Terrence Malick’s The Tree Of Life, then went on to make some indie gold with Matthew McConaughey in Mud. Now 18, Tye is growing comfortable in his skin and, of all the celebrities from Texas who might have a future in politics, Tye seems the most capable of cleansing the palate from Texas politicians like George W. Bush and Rick Perry.

Fair enough, Danica McKellar could already serve as president. The ageless beauty is 40 years old, regardless of looking like an eternal 27. The actress — and mathematician — we all knew as Winnie Cooper in the iconic TV show, The Wonder Years, could run for president in 2016, and score more than a handful of votes. Watch a few interviews with this leading lady and its easy to see that she probably doesn’t work more than she does because her intelligence and wit is inherent and a little intimidating. McKellar’s first book, Math Doesn’t Suck: How to Survive Middle School Math without Losing Your Mind or Breaking a Nail, was a New York Times bestseller.

She was the first girl to win big in the Little League World Series as a pitcher. That would be the perfect fuel for a stellar campaign in the future. If Mo’ne’s pitch velocity doesn’t hit what she needs in order to play baseball with the big guns — don’t stress, she’ll likely be playing professional basketball — she has the grades, and smarts to step away from sports and do whatever she wants. Surely, the United States is destined to have a female president at some point, and what better candidate than a gal who has been beating boys at their own game since she was seven years old. The greatest thing about Mo’ne is her genuine respect for competition, and complete dismissal of “the battle of the sexes.” Mo’ne For President: 2048.

Here’s the deal about Zac Efron: he has never been taken as seriously as he would like. What better way to be taken seriously than to run for the most prestigious office in the world. Zac is a talented guy — an intelligent guy — and he went down the wrong path in attempting to shed the Disney sweetheart image: he tried doing some hard-hitting independent films — a good decision; he tried doing drugs — a bad decision; he even suggested everyone get out and vote in 2012. What he didn’t do: let everyone know that he knows a lot about a lot of stuff. Zac was obsessive about excellence in school, and was no stranger to boasting straight A report cards. Now 27, Zac has only eight years until he’s eligible for a stellar presidential campaign, though Magic 8-Ball is suggesting that he won’t run until he’s in his 50s.

The comedy thing really isn’t happening for Whitney Cummings, is it? By all accounts, she’s incredibly successful but, getting to the finer points, she’s continuously miscast, poorly marketed and undersold as a comedienne…and maybe that’s because her talents lie elsewhere. Whitney was born in Washington, D.C., and she was educated at Ivy League University of Pennsylvania, graduating Magna Cum Laude. She’s no joke, even if people sometimes don’t always laugh at her jokes. One of the most impressive things about Whitney is her physical presence. At 5’11”, she would stand taller than a lot of men on the congressional floor, and that might be the funniest thing she ever did. If not President, perhaps she’ll aim for the House or Senate.

Is there a more likable celebrity than Joseph Gordon-Levitt? One must admire an individual who has been a celebrity for the vast majority of their life, and still refers to their personage as “Regular Joe.” What makes Joseph Gordon-Levitt the most promising, young celebrity candidate for POTUS? His desire to collaborate with anyone and everyone with a great idea. If that isn’t what’s missing from this representative republic that has lost its way, what else could it be? A President who would actually take advantage of the existing technology of the 21st century to be connected to his/her constituents? Joe has already performed this experiment to relative perfection with HitRecord.