Things You Might Not Know About She’s The Man 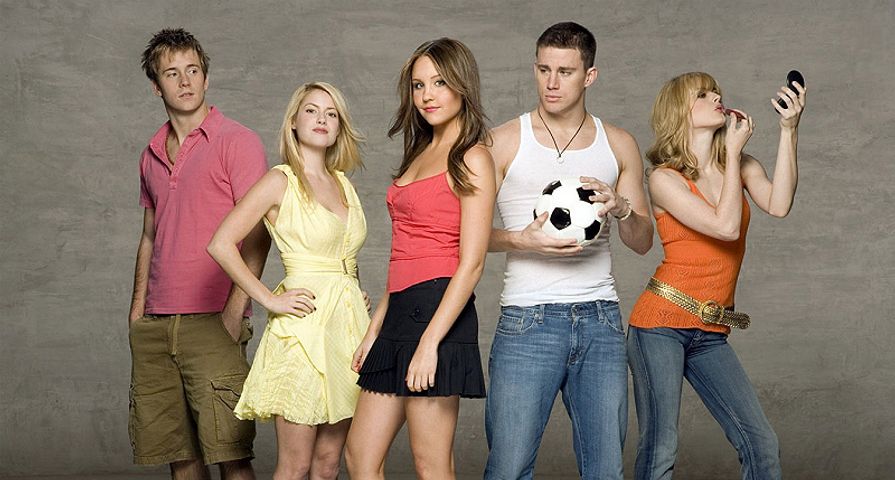 It has unbelievably already been 12 years since the hit teen comedy She’s the Man graced our screens. There was so much that was awesome about this movie that fans well past their teens now still like to re-watch the film from time to time. Between giving us the peak of Amanda Bynes before she went off the rails and catapulting the career of Channing Tatum there is so much to like about the movie! In one of the best adaptations of Shakespeare’s Twelfth Night, the film remains one of the best of the decade for teen rom-coms, but there are a lot of interesting behind-the-scenes facts that are not widely known. Check it out:

Director Andy Fickman encouraged the actors to work off script which means some of the funniest lines and scenes were not scripted at all. One of the best was Channing Tatum’s dramatic opening of his flip cell phone while in the gym trying to impress Olivia.

As is the case with most films of its kind, She’s the Man did not impress critics and one critic wrote, “Shakespeare’s wit gets lots in translation with She’s the Man’s broad slapstick, predictable jokes, and unconvincing plotline.” It didn’t matter, however, as the film opened at #4 at the North American box office and made $33.7 million domestically, eventually pulling in a total of $57.2 million worldwide. This well surpassed the initial budget of $20 million.

Unlike most films, the director and producer made sure to have the cast get to know each other and form relationships before shooting and, according to star Channing Tatum, this bonding helped greatly in making the movie. “So many films, you get there and you have one day or not even one day and you’re thrown into these situations where you’re supposed to be best friends with somebody for life. We got to establish some real relationships beforehand before we started with or fictitious [relationships.”

As it turns out, the scene where Duke (Tatum) hits Malcolm (James Snyder) in the eye with a snapped towel while he is ranting about shower shoes to Sebastian (Amanda Bynes), Tatum actually hit Snyder. James’ reaction is real because it actually really hurt, and Synder tweeted after the movie came out, “That really hit me in the eye. Look at the close ups, you can see my eye is red and watery. OUCH, CHAN!”

One of the film’s biggest jokes was when a bunch of tampons spilled out of Sebastian/Viola’s bag and Sebastian explained it off by saying they are great for nose bleeds. As fans of the movie know, after the carnival fight, Duke is seen with a tampon in his nose to stop the bleeding. It seems Tatum was not well versed in how tampons work and in his audition for the role he stuck the entire thing with the plastic applicator still on in his nose.

2006 was a defining year for Channing Tatum. With starring roles in both She’s the Man and Step Up, Tatum’s career skyrocketed from up and comer to full fledged star. Tatum didn’t go on to star in the Step Up sequels, but another She’s the Man star did. Robert Hoffman who portrayed Justin, Duke’s rival, went on to star in Step Up 2: The Streets in 2008.

According to reports from on-set, for one reason or another, the rest of the cast and crew were much more open and comfortable when hanging out with Amanda Bynes while she was in boy form, but were much more distant when she was herself.

Apparently the first pick to play Viola’s brother Sebastian was actually pop singer Jesse McCartney. Producers thought the two looked so alike that it would work best, but after McCartney was unavailable to shoot, they cast James Kirk instead.

A lot went into Amanda Bynes’ preparation to become Sebastian which included Bynes and Fickman going to malls to observe male behavior, and the hilarious footage of Bynes wandering the streets and impersonating males walking was actually done with real unsuspecting people. Bynes said, “That is actual footage. I was walking along a very busy street in Vancouver, and then some people would get very freaked out and angry at me, but it was fun.” She also had to wear a full wig, eyebrows, sideburns, a full muscle suit and about four layers of clothing to become Sebastian.

She might be especially convincing as an incredible soccer player for the film, but Amanda Bynes had never played soccer before she was cast in the lead role for She’s the Man. She went on to train heavily for a few months before shooting. “I’m not good at all but I definitely had a great trainer and coach. I [trained] for like two months so it would look as believable as it can having never played soccer before this.”