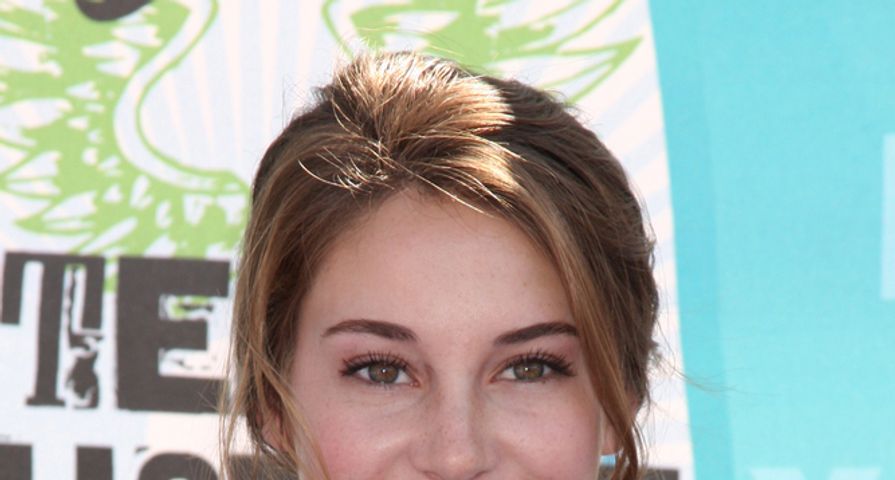 A few years ago, Shailene Woodley was just an up and coming actress, who was best known for her portrayal of Amy Juergens on the TV show The Secret Life of the American Teenager. In the last few years, however, thanks to numerous film roles in movies like The Fault in Our Stars and the Divergent franchise, she’s now a bona fide star. Get to know her with these 10 things you probably didn’t know about the actress:

Her breakthrough role was in the 2011 film adaptation of the novel The Descendants. She starred alongside George Clooney as his troubled teenaged daughter, Alexandra King. Her performance received positive reviews from critics. A.O. Scott from The New York Times wrote, “Ms. Woodley..[gives]..one of the toughest, smartest, most credible adolescent performances in recent memory.”

When she was 15, the Divergent star was diagnosed with scoliosis, a medical condition that causes abnormal curvature of the spine. For two years, she wore a chest-to-hips plastic brace for 18 hours a day to straighten her spine, but she didn’t let it get her down. Now, she jokes about it. “It didn’t faze me. I was like, ‘Some people have crooked teeth, some people have broken fingers, and I’ve got a back that has my initial on it,’” she told Marie Claire.

Shailene Woodley was considered for the Role of Katniss Everdeen in the 2012 film adaptation of the book The Hunger Games. “Yeah, I definitely auditioned. It wasn’t, like, a great audition,” she told MTV.” “But I think that Jennifer Lawrence is perfect for that role. She’s so strong as a woman and one thing that I really love from her is that I love it when women live from their groin, just to say they own their woman power and she totally does.”

7. Acting is Her Hobby

The Descendants actress considers acting a hobby and doesn’t want it to become a career. “I fell into this business by accident. It wasn’t something I ever aspired to be: an actress. It just happened. It has evolved into an insane passion…a creative outlet. But nothing more. It’s my hobby… one of the ways I express myself as an artist. And the day it becomes a job… a career… I will quit,” she said.

Shailene Woodley lives a very natural life. “I think everything about my lifestyle is fairly alternative. I gather my own spring water from mountains every month. I go to a farm to get my food. I make everything from my own toothpaste to my own body lotions and face oils. I could go on for hours. I make my own medicines; I don’t get those from doctors. I make my own cheese and forage wild foods and identify wild plants. It’s an entire lifestyle. It’s appealing to my soul,” the actress told Flaunt magazine.

The Fault in Our Stars actress only wears second-hand clothing, unless she is on the red carpet promoting a movie, and she has no permanent home and lives out a suitcase. She stays in hotels when she’s on location and, when she’s in L.A., she couch surfs at her friends’ places. “I have a vagabond lifestyle,” she told The Telegraph.

She has been an avid environmentalist since high school. “I was an environmentalist in high school – or, I guess, a self-proclaimed environmentalist – and I started reading about the food system in America and how it’s owned by all of these corporations. I was on a quest to find out what healthy really meant because people were saying that veganism was healthy or that the Paleo diet was healthy, but I really had no idea,” she told Interview magazine. “So I started researching indigenous people and what their lifestyles were like because I was fascinated by the fact that they could still run in their eighties and still had amazing muscular and nervous systems, whereas in America now, by the time we get to our thirties, it’s really hard for us to lose weight and maintain a healthy body and composition. So I just started adapting my lifestyle to that of indigenous people, and what I realized is that we’re all indigenous creatures on this planet.”

Shailene played Kaitlin Cooper during season one of The O.C., but her part was recast in season three and she lost it to Willa Holland. “I was 11 and I was on as a guest, recurring character, or whatever,” Woodley told Moviefone in 2011. “My character went to boarding school and when they decided to bring her back, they actually re-auditioned me to bring her back. But I didn’t go through puberty until late: I was the 15-year-old who had no boobs. So, at 11, I was like a little mouse-child. I looked like an 8-year-old. So, there was no weirdness when Willa Holland got it because she was so obviously right for the role … and I was so obviously not.”

The former television actress’ parents are both psychologists. Her mother was a middle school counselor and her father, a former school principal, is a family therapist. Even though her parents are divorced, her parents and their respective partners spend Christmas together with Shailene and her younger brother, Tanner. “We’re like a big Greek family, but we’re not Greek,” she told Marie Claire.

The Golden Globe-nominated actress doesn’t own a cell phone. “I’m not a big technology person. I don’t even have a smartphone. I don’t even have a cellphone! And if I were to have one, it would be a flip-phone … Since I got rid of my phone, having to pull over and be like, ‘Hey, buddy – do you know how to get here?’ I’m talking to people more than I’ve ever talked to in my life because I no longer have that crutch. The more you get away from all the technological buzz, the more freedom you have,” she told The Daily Beast.