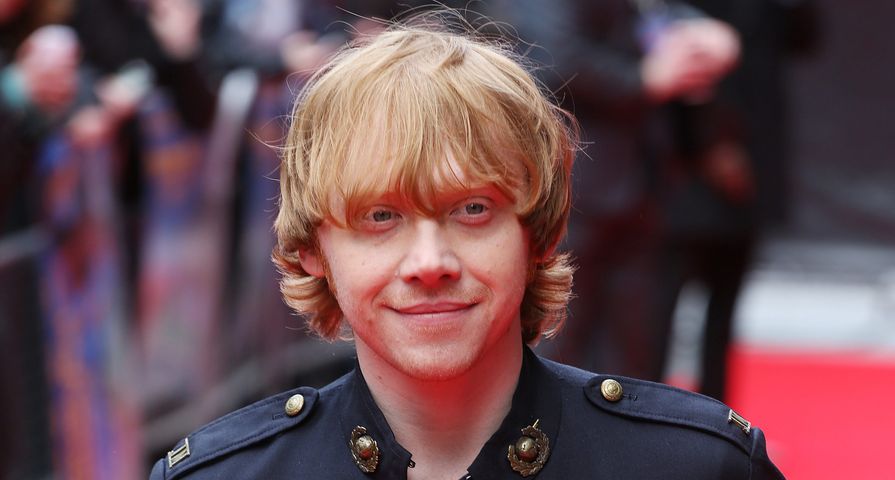 All it took was one role for Rupert Grint to become one of the most widely recognizable celebrities around the world. Grint’s entire life changed the moment he was cast as Ron Weasley for the entire Harry Potter film franchise. He has since fallen back off the radar and is living his life privately, but fans miss seeing the down-to-earth and hilarious actor. Get to know Rupert Grint a little better with these 10 things that are not widely known about the star:

Rupert Grint actually has quite a bit in common with Ron Weasley, and one of the biggest similarities is his extreme arachnophobia. Harry Potter fans are well aware of Ron Weasley’s fear and it seems Grint did not have to do a lot of acting for it. In fact he still hasn’t been able to watch the full scenes from Harry Potter and the Chamber of Secrets which feature Aragog (a giant spider). When asked about working with spiders, he replied, “I hate them – even rubber ones I get scared of. Luckily, some of them were CGI. But that car-sized one, that was actually there unfortunately. So that wasn’t my favorite scene to film.”

Despite being best known from the Harry Potter films, Grint has expanded his film career since, and even juggled filming movies in between the Harry Potter movies. In 2002 he starred in Thunderpants, and in 2006 he had a role in Driving Lessons, and he shocked fans with 2009’s Cherrybomb which featured lots of drugs and sex scenes. Interestingly enough he also landed a significant part in the hit 2004 teen comedy starring Hilary Duff and Chad Michael Murray, A Cinderella Story, but had to drop out to film Harry Potter and the Prisoner of Azkaban.

Also like Ron Weasley, Rupert Grint comes from a rather large family! Rupert Alexander Lloyd Grint was born on August 24, 1988 in Harlow, Essex, England, to Nigel and Joanne Grint. He is the eldest of five children, with his parents later welcoming James, Georgina, Samantha and Charlotte after him. Rupert grew up in Hertfordshire just north of London and attended Richard Hale Secondary School. Grint has always stated he never really liked school so, at 16 years old, he completed his GCSE (General Certificate of Secondary Education) in order to focus strictly on filming.

Rupert Grint took to acting with natural ease, and quickly became a fan-favorite actor after the first Harry Potter movie, but acting isn’t the only talent he has. Grint is also musically inclined. He can play the guitar, banjo ad even a didgeridoo. When asked about playing the Australian instrument he said it is actually very tricky, but that’s what makes it even more impressive. Maybe most surprising of all, he is actually pretty skilled at rapping.

As it turns out, rapping was a major factor in Grint actually landing the role of Ron Weasley. Grint was a huge fan of the book series well before he was even aware it was going to be turned into a film franchise, and when it was announced they were holding open auditions, he knew he had to stand out. He sent in an audition tape in which he raps about wanting to be cast, and sure enough he was called in for a face-to-face audition and landed the part. The best part of all was that he got the role even though his acting experience only went as far as a couple of school plays.

Despite the entire young cast of Harry Potter dealing with becoming celebrities at such a young age, they all did so remakarbly well. Even still, Grint has seemingly disappeared from the spotlight since. After filming the final movie, Grint used some of his earnings to buy himself a classic Mr. Whippy ’70s style ice cream van. He has been known to take his van out and hand out free ice cream. He has been doing bits of acting including in Moonwalkers, and is the lead in a comedy series called Sick Note.

An ice cream van may be unusual, but it seems Grint has a liking for unusual vehicles. On his 14th birthday he received a unicycle as a gift, and yes he knows how to ride it. His first big purchase after filming Harry Potter and the Philosopher’s Stone was a quad bike, and he also owns a swan-shaped pedalo, a Range Rover, and a hovercraft.

So how much does Rupert Grint have after eight Harry Potter films, the answer is a staggering $50 million, so he can buy all the unusual vehicles he wants. His salary went up exponentially over the course of the films after he reportedly earned $125,000 for the first film which went up to $4 million for the fifth film and $15 million each for the last two films.

Taking on the role of Ron Weasley catapulted Grint into fame, but it never seemed to go to his head, and over the years he has offered many humorous perspectives on being famous. He has been known to say, “being famous is wicked, but it’s better to be normal,” and apparently isn’t a fan of Harry Potter action figures. “Oh that’s scary. To think that people are going to be playing with you!” He also said that his family and friends really helped to keep him grounded. “All my brothers and sisters and friends have really helped me. They make my life normal. I still have arguments with my brother. And the little ones don’t really understand. They just treat me like Rupert. Which is brilliant really […] Things at home didn’t change much. I still have to clean my own room!”

Out of all the actors in Hollywood, the one Grint looks up to the most is Canadian actor Jim Carrey. Naturally, he also lists many of Carrey’s films as his favorite including Ace Ventura: Pet Detective, How the Grinch Stole Christmas and Dumb & Dumber.