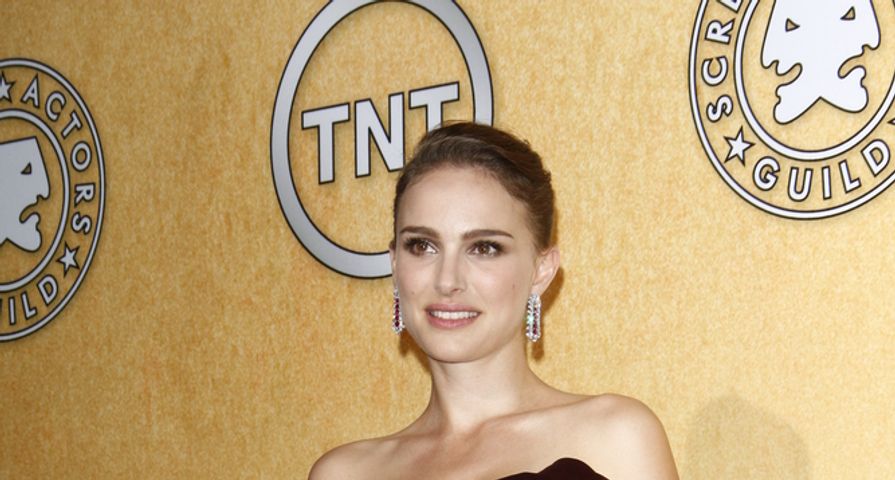 When it comes to talented actresses in Hollywood, Natalie Portman’s name always comes to mind. Of all the actresses of her generation she is definitely in the top tier. Even though she tries to keep a pretty low profile, we have 10 things here that you probably didn’t know about the stunning and talented actress:

She was born Neta-Lee Hershlag in Jerusalem to Shelly, an American, and Avner, an Israeli. When she was three, her family moved to the United States where her father worked as a gynecologist. They first lived in Washington, D.C., then relocated to Connecticut before finally settling down in Jericho, New York.

Soon after getting her first role in Léon: The Professional, the young actress took her grandmother’s maiden name, “Portman” as her professional name to protect her family’s privacy.

8. Too Young to Play Juliet

She auditioned for the role of Juliet in the film adaptation of Romeo + Juliet, but lost out to Claire Danes because producers thought that she would look too young to star opposite Leonardo DiCaprio.

When the Star Wars star was 19, she took a break from Hollywood to study psychology at Harvard University. While there, she was a research assistant for a law professor and she contributed to a study on memory called “Frontal lobe activation during object permanence: data from near-infrared spectroscopy.” She graduated in 2003 with an Artium Baccalaureus (A.B.) degree in psychology.

At the age of eight, she gave up eating meat out of “respect for life” and in 2009 she became a vegan after reading Jonathan Safran Foer’s Eating Animals, although she briefly went off of her vegan diet when she was pregnant. She’s pretty serious about her diet. She won’t wear any clothes, shoes or accessories that are made with fur, feathers or leather.

The stunning star met Britney Spears back in ‘90s before either of them was famous. They were both understudies in the off-Broadway musical, Ruthless and Natalie was only 10 at the time.

Growing up, she loved New Kids on the Block. Joey McIntyre was her favorite. Back in the early 2000s, Joey actually called her to ask her out, but she said no. “I was too chicken,” she told Rolling Stone. “I didn’t want him to think I was going to, like, date him. That’s sort of sketchy when celebrities just call and ask you out.”

The Black Swan star learned to speak Hebrew when she attended a Jewish elementary school in Long Island. In the spring of 2004, she returned to Israel to take graduate courses at the Hebrew University of Jerusalem.

The actress turned director has her own production company, Handsomecharlie Films, which she named after her dog, Charlie, and the actor Charlie Chaplin. Her company has produced a comedy called Hersher, starring Joseph Gordon-Levitt. “We’re very into female comedies; there just aren’t enough. We’re trying to go for that guy-movie tone, like Judd Apatow’s movies, or The Hangover but with women – who are generally not allowed to be beautiful and funny, and certainly not vulgar,” she told Vogue.

When she’s working on films, she uses acupuncture to relax. “Acupuncture on my pressure points keeps me balanced and calms my nerves,” she told Allure.