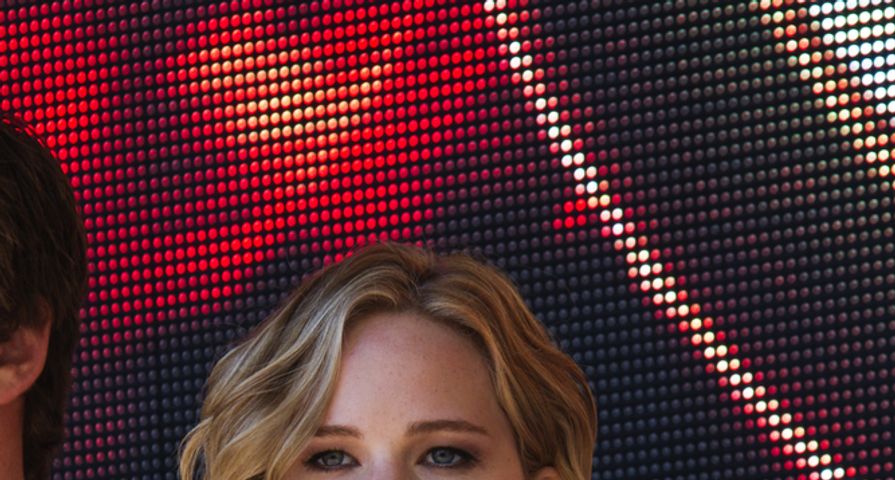 The final installment of “The Hunger Games” franchise is due for release and fans are beyond excited to see what happens to Katniss and Peeta. This film is supposed to be different from its predecessors. There will be no games and instead we will see the beginnings of a revolution and a rather reluctant Katniss. She’s not especially excited about being a symbol of hope for the people of Panem. Since everyone is pretty much counting down the days until the film is released, we thought it would be fun to give everyone some trivia about “Mockingjay Part 1.” Here are 10 things you didn’t know about the film!

The role of President Alma Coin was reportedly offered to Jodie Foster; however, she rejected it, so Julianne Moore was cast.

Filming of “Mockingjay Part 1” began in Atlanta, was moved to Paris and finished in Berlin, Germany.

Natalie Dormer – who plays Cressida in the last two installments of “The Hunger Games” – shaved half her head for the role.

Liam Hemsworth told Entertainment Weekly that he took a painful fall three weeks before filming was complete for “Mockingjay Part 1.” X-rays revealed it to be a hairline fracture between his ankle joints.

For her role as President Alma Coin, Julianne Moore wore a wig and dark contact lenses.

Jennifer Lawrence cried on the set of “Mockingjay Part 1” because she had to sing “The Hanging Tree” in the film. She was incredibly reluctant to sing it but director Francis Lawrence convinced her to do it.

Lily Rabe was supposed to play Commander Lyme of District 2, but she had to back out of filming because she had already committed to the play “Much Ado About Nothing.” Gwendoline Christie was selected to replace her.

Julianne Moore – who will be playing Alma Coin, the president of District 13 and the leader of the rebellion – signed onto the last two installments of the “The Hunger Games” franchise because her kids really loved the books and were really excited about the movies.

Before Philip Seymour Hoffman’s untimely death, he had finished filming all of his scenes for “Mockingjay Part 1.” Unfortunately, he still had a week left of filming for “Part 2.” According to Jennifer Lawrence, no digital manipulation or CG fabrication was used and Hoffman’s remaining dialogue was rewritten or given to other characters.

While filming a scene in the sewage pipes, Jennifer Lawrence reportedly almost choked to death after a fog machine malfunctioned. It began spewing so much dense smoke that Lawrence literally disappeared from sight. Although she was rescued several minutes later, she reportedly suffered from nausea and vertigo as a result.