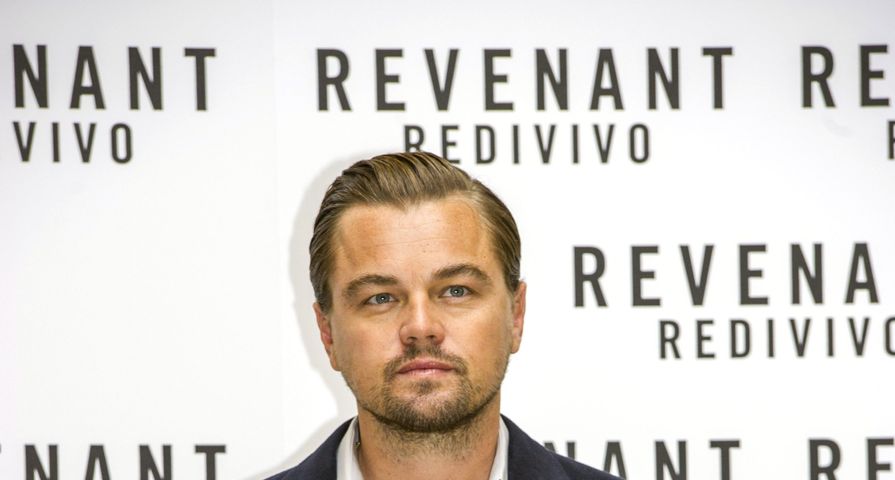 This year Leonardo DiCaprio finally took home an Oscar! The actor was first nominated in 1993 for his role in What’s Eating Gilbert Grape. Since his first nomination, Leonardo had been up for the award five times in the past 21 years, and had never won until The Revenant earned him the prestigious award. This A-list actor has been around for a long time and we’ve be able to get to know him through his countless interviews, films and in various other media coverage over the years, but we dug up some information on this famous actor to present a 10 things you probably didn’t know about Leonardo DiCaprio:

10. He Has Survived a Shark Attack and Skydiving Accident

Don’t be fooled into thinking that the only adventure Leonardo DiCaprio sees is on-screen. In fact, he’s faced a few real-life life-threatening experiences that would add some extra intensity to any movie script. While filming Blood Diamond in South Africa back in 2006, Leo took a break from filming to head underwater on a shark-seeing expedition. Seemingly safe within a cage, he became trapped and things went from bad to terrible: “the tuna kind of got stuck on the top of the cage and the great white leaped out, tried to bite it and went into the cage with me. Half of its body was in and out, and I flattened down at the bottom, and it was this far away, and it chomped a few times but I survived it.” If that wasn’t enough, while enjoying a leisurely skydiving jump, his parachute failed to open in a scenario which is everyone with a fear of height’s worst nightmare. Luckily for the star, his instructor was able to untangle their second parachute and make a safe landing down below.

9. He Owns an Island

People often dream of being so rich they’d buy their own island…well Leonardo DiCaprio doesn’t have to dream to make that happen. The super star indeed owns his very own island off the coast of Belize, but the great thing is that he has no intention of keeping it to himself or turning it into a money-making commercial endeavor. Instead, the environmentally-minded celebrity plans on turning the island into an eco-friendly resort.

8. Never Been in a Sequel

Directors and producers all drool over the opportunity to have Leonardo DiCaprio in their films, but if you want to work with him more than once, then you better have a full arsenal of ideas. Why is that? Well, because once Leo has starred in a film, he absolutely will not appear in a second. He is, in fact, the highest grossing Hollywood actor to never have acted in a sequel. If you’re making a movie with Leonardo DiCaprio, you better get the full bang for your buck the first time around because chances are you won’t get a second time around.

7. He Paid for the Last Titanic Survivor’s Nursing Homes Bills

After the international, record-breaking success of the movie, Titanic, the stars of the movie, Leonardo DiCaprio and Kate Winslet, as well as director James Cameron were contacted by a charity that had been set up on behalf of a woman named Millvina Dean. Millvina, “from the New Forest, Hampshire, was just nine weeks old when the liner sank with the loss of more than 1,500 lives in April 1912. Now frail, she has been living at a nursing home for a few years and last month she auctioned personal belongings and memorabilia associated with the disaster to help pay for the £3,000-a-month cost of her care.” Now that’s just sad! Helping the Titanic survivor out, it’s believed that “DiCaprio, Winslet and Cameron donated 30,000 US dollars (£22,000).”

6. He Turned Down American Psycho

Christian Bale may have sufficiently freaked fans out in the starring role of American Psycho, but were you aware that the part was originally offered to Leonardo DiCaprio. It was indeed, but the megastar turned down the role because the majority of his fans at the time were teenage girls and he didn’t feel like the movie would be appropriate for them to watch. Looking out for the well-being of his young fans? Totally swoon-worthy move, Leo!

Leonardo DiCaprio’s mother, Irmelin (Indenbirken) DiCaprio, was born in Germany and his father has German roots which is why Leo himself speaks the language. That’s right, Leonardo DiCaprio speaks German and is apparently fluent in the European language.

4. He and Toby Maguire Were Sued

It may seem like Hollywood best buds Leonardo DiCaprio and Tobey Maguire can do no wrong when it comes to starring in movies, but that isn’t necessarily the case. Back in 2004, the stars were in fact hit with a $38 million lawsuit by producer John Schindler over their apparent attempts to prevent a movie they made together from every reaching North American screens. The stars appeared as a favor to a friend in the film called Don’s Plum which was about a group of friends hanging out at a diner (the excitement at the mere idea is almost too much to handle) and in 1999, Leo and Tobey initially “settled a $10 million lawsuit with co-producer David Stutman, who also accused them of using DiCaprio’s superstar status to prevent the release.” This sounds like one bad movie we might actually want to see!

3. He Was Fired From Romper Room

Another unsuccessful job in Leonardo DiCaprio’s long career actually came early on in his working days. Many of us may have fond memories of the children’s program Romper Room, but Leo might not look back so warmly on the show. Why ever would that be? Well, the future superstar appeared on the show when he was just little, but he was also fired for being too disruptive.

The A-list Hollywood lifestyle might be full of temptations, but Leonardo DiCaprio apparently stays away from one of them. The mega-star has never, ever done drugs and when he starred as the high living million dollar-dealing broker in Wolf of Wall Street, he in fact had to consult a drug expert in order to fulfill the druggy requirements of his character.

1. He Gets His Name from the Famous Artist

Leonardo DiCaprio may be one of the most famous names in Hollywood these days, but before he was wildly, internationally famous he was just another kid trying to make it as an actor who was receiving all kinds of advice on how to make it big in the business. One of those careers tips was from Leo’s first agent who suggested the young performer change his name to Lenny Williams because he thought Leonardo DiCaprio sounded “too ethnic.” Leo refused which may be in part because of how he got his memorable moniker. While pregnant with little Leo, his mother was looking at a painting by Leonardo Da Vinci when the baby kicked for the first time, earning himself the name of the icon of art.