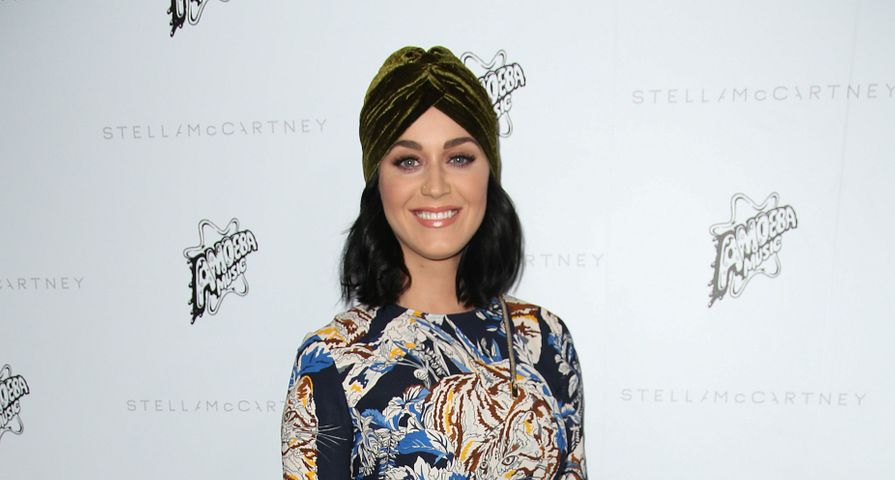 Katheryn Elizabeth Hudson has become one of the world’s biggest pop singers. She’s better known by her stage name Katy Perry (from her mother’s maiden name) which was created so she could stand out from actress Kate Hudson. It took her a while to finally have her voice heard, but once she did, Perry rose to international fame with the release of her 2008 single “I Kissed a Girl.” She’s been pumping out chart topping hits like “Teenage Dream,” “Roar,” “Firework,” and “Last Friday Night (T.G.I.F.)” and even performed at the most watched and highest rated Super Bowl halftime show in history. In honor of her upcoming 33rd birthday, we’ve compiled a list of 10 things you might not have known about this amazingly talented singer!

Katy Perry was born in Santa Barbara, California, on October 25, 1984 under the name Katheryn Elizabeth Hudson. She has two siblings, an older sister and a younger brother. Even though Perry grew up as a Cali girl and sees herself as one now who loves to surf and lay out in the sun, she didn’t always enjoy living there as a child. “I left for L.A. when I was 17. Santa Barbara was boring to me back then. Now all I want is to be bored in Santa Barbara, because it is a beautiful place! But when I was young, I felt a little trapped on an island — my family isn’t well-off, and it was kind of tough to be hanging out with the millionaire families that live there. I always made do — if I had five dollars, I’d go to the thrift stores on State Street and get my vintage cardigans and pencil skirts. Thank God for the body, because that ’40s look really worked on me,” she said.

She grew up in an extremely religious household. Her parents were both Pentecostal pastors and they raised her under their religion which meant she wasn’t allowed to watch things like The Smurfs or read the Harry Potter books. She read the bible instead of children’s books and went to church Sunday mornings, evenings and Wednesday nights. She grew up only listening to Christian music and sang in the church choir until she was 17. The first non-Christian album that she heard was Alanis Morissette’s Jagged Little Phil. As soon as she was old enough to make her own decisions, she ran as far away from her parents’ religion as possible, but maintains that she is still religious, just not to the same extent as how she was raised. “I try and keep my connection with the G-O-D or with a power that’s bigger than me. It’s important — otherwise, you don’t have any kind of accountability. If you think, Hey, at the end of it all I am just going to be dust, or I have no soul or whatever, why not just be a menace to society? For me, accountability works,” she said in an interview with W magazine.

8. Dropped by Her First Label

The first album she released was a Christian pop album. She moved to Nashville and released it under her real name, Katy Hudson. In an interview with EW she said the album probably only reached like 100 people and not long after the label went bankrupt. She had to move back home, but it wasn’t long before she moved again to pursue a music career in Los Angeles. At 17 she was signed by Island Def Jam Music Group and started recording a new album. Things were going well. She was living in Beverly Hills, and was singing and performing. She’d been taken under the wing of a famous producer, was given an allowance and living the dream, but the album never saw the light of day and she was dropped from the label three years later. In 2007 she signed a new contract with Capitol Records and changed her name to Katy Perry.

Katy Perry is the reigning queen of social media, specifically Twitter. Not only is she one of the highest paid females in the music industry, she also holds the title of having the most Twitter followers! She surpassed Justin Bieber in 2013 who has 88.5 million with her whopping 93.2 million. Social media has played a huge part in her career because “it’s just given me another voice than the singing voice.” She became the first person to ever launch and sell a product directly through Twitter and, unlike many other celebrities, she actually runs her own Twitter account! “A lot of times I get to just share. I control my Twitter, as is obvious with all of my grammatical contributions and typos. I was always involved very early on in Twitter, so I think that does contribute to the amount of people that I have following [me],” she said in an interview with Buzzfeed.

Katy Perry is the only artist besides Michael Jackson to have five number 1 hits from a single album and the first female artist to achieve this milestone. Her Teenage Dream album spewed out the following hits, “California Girls,” “Teenage Dream,” “E.T.,” “Firework” and “Last Friday Night (T.G.I.F.).” The sixth single on the album, “The One That Got Away,” peaked at number three on the Billboard Hot 100 which is still pretty impressive! She has received four Guinness World Records, was the first artist to reach a billion views on Vevo for her videos “Roar” and “Dark Horse,” was named on Forbes list of “Top-Earning Women in Music” and is one of the world’s best selling artists with over 100 million records sold worldwide thus far in the span of her career.

5. She Believes in Aliens

In an interview with GQ, Katy Perry revealed that she believes in aliens! Perry has always been a little outside the box in terms of her fashion choices, stage performances and even lyrics, but this one takes the cake! She said: “I do not believe God is an old guy sitting on a throne with a long beard. I don’t believe in heaven and hell as a destination. I see everything through a spiritual lens. I believe in a lot of astrology. I believe in aliens. I look up into the stars and I imagine: How self-important are we to think that we are the only life-form? I mean, if my relationship with [Barrack Obama] gets any better, I’m going to ask him that question.”

It’s no secret that Katy Perry likes to dress outside the box. She’s no afraid of wearing bright colors, wigs, unusual patterns — you name it, she’s probably strutted around in it. She’s the first to admit that she knows she’s not landing on those “best dressed lists” and that doesn’t bother her because it isn’t her intention. She’s just having fun and she believes people already know she doesn’t take herself seriously, so there’s no harm done. When Buzzfeed asked her in an interview if there’s anything she regrets in terms of fashion in the past, Perry answered no, but she does regret some of the super-tight clothing she wore that probably didn’t fit properly. “I mean, things that are too tight where I look like I’m spilling out of them unnaturally aren’t the greatest. But I just love playing, and I have so much fun, and I don’t take myself too seriously in any regard,” she said.

Katy Perry always knew what she wanted to do and she’s never been one to follow in the footsteps of others. She likes to blaze her own path in life which is another reason why she opted to get her GED when she was a freshman, which is the high school equivalency. She was only 15 when she moved out and started pursuing her music career. “I got my GED when I was 15, when I was a freshman in high school. I know it was my first semester of my freshman year of high school, I decided to bounce. I was like, I know exactly what I want to do, I have the opportunity to do it and hopefully I will learn as much as I can in this first semester. I took a test and I decided to leave high school. Ever since then it’s been fantastic. I think sometimes you just know what you want to do at a really early age so you don’t have to deal with certain things. Like the drama of going to prom,” said Perry.

On February 26, 2014 Katy Perry sent out a tweet that said: “Finally you can add ‘helps delivers babies in living rooms’ to my resume! It’s been a miracle of a day…Auntie Katy aka Stylist Auntie.” This was in regard to her older sister, Angela Hudson, who had a water birth in a friend’s living room where Perry was present and recorded the whole delivery on her iPhone. In an interview with Mirror, Perry said, “My sister had a baby in her living room – very naturally, not one Advil. I was there kind of being an assistant doula and saw everything. It’s insane, like birth and women giving birth, whenever I see moms walking down the street I’m like, ‘Damn, you’re a rock star, you’re the real rock star, you did something incredible.’ I was kind of like Martin Scorsese with my iPhone, I have the whole thing. It was like a water birth, the whole thing we were like the child is swimming through the water. It’s crazy.”

1. Parents Before They Were Pastors

When Katy Perry was first introduced to the world, people were shocked that the girl singing controversial songs about bisexuality and homosexuality in singles like “I Kissed a Girl” and “Ur So Gay” was actually this sweet and innocent California girl who came from a strict religious family. However the apple doesn’t fall too far from the tree. It seems that Perry’s parents weren’t always the goody-two-shoes they are now. In an interview with the Mirror, Katy said that when her parents were young they went through a rebellious party streak. Her mother, Mary, once went on a date with Jimi Hendrix while her father was close friends with Timothy Leary and was even a drug dealer at one point! “My mother used to hang out with Jimi Hendrix and my father sold acid called Strawberry Fields for Timothy Leary. Even though my mum isn’t the wild child rock n’ roller pot smoking debutant that she was and my dad isn’t the acid dealer with long hair anymore, they’ve probably had more intense moments than anything I’ve ever done,” said Perry.