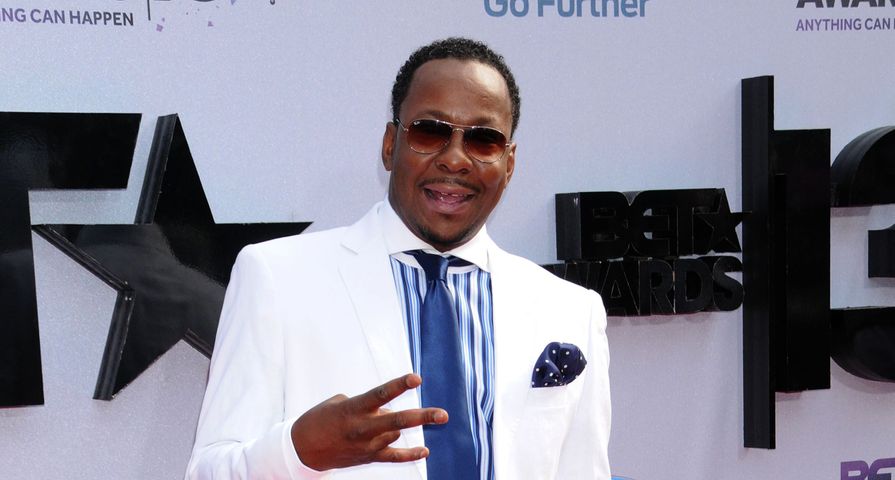 Bobby Brown has always been a bit of a character shall we say, but things have gotten even more bizarre lately. In his upcoming book, Bobby claims to have had intimate relations with a ghost! He’s also for the first time opened up about the explosive and drug-fueled days with his late ex-wife Whitney Houston. His book “Every Little Step” will be released next Monday, June 13 and is sure to be a page turner filled with more jaw-dropping revelations. In the meantime, here are 9 things you may not know about the R&B singer.

9. He Has Six Children with Four Different Women

Bobby already had three children (with two different women) before he met and married Whitney Houston. His oldest son, Landon, is  a singer and performer, like his dad. LaPrincia and Bobby Jr. both attend college in Massachusetts. The late Bobbi Kristina was featured in the first duet he recorded with Houston called “Something in Common,” and Brown currently has two young children, Cassius and Bodhi, with his current wife and manager, Alicia Etheridge. And it was revealed in his 20/20 interview with Robin Roberts that he and his wife are expecting a third child. “I’m happy now, I have a beautiful wife, a beautiful family and I have a beautiful chance to do another thing that’s great,” he told Roberts.

8. His Personal Anthem is “My Prerogative”

“My Prerogative” was the biggest selling single of 1989 earning him a Grammy nomination for Best R&B Urban Contemporary Single. He said he wrote the song after he left New Edition as an explanation of sorts about making decisions and not caring about people’s judgement. That same message resonated with Britney Spears who did a remake of the song in 2004. Brown didn’t love Spears’ version, telling NBC News, “I loved the video. Why try to fix something that ain’t broke? That’s what I say. But I’m grateful someone covered a song of mine. The check wasn’t bad either.” Brown may have liked his own version better, but Spears surpassed his success having her song land in the top 10 charts in 14 countries.

“It’s the one thing I do better than singing and dancing,” Brown said of his culinary skills. Brown admits he got into trouble a lot as a kid and his punishment was to stay inside. “Back in the day, punishment wasn’t taking your iPad and iPhone and all that. It was – you have to stay in the house.” “My mother would make me sit in her kitchen and watch her cook. I had to learn and I’m grateful today.” During his marriage to Houston, Brown did the majority of the cooking. Whitney told Oprah, “Whitney don’t cook. Bobby cooks. He makes a mean honey catfish.”

Brown parlayed his love of cooking into a business. In 2014, he founded Bobby Brown Foods. He has his own line of of food products called Bobby Brown Foods. It is a collection of his signature sauces, seasonings and marinade. Brown says, “I have always found peace in the kitchen, and am excited to share some of my recipes. I spend a lot of time on the grill, so I wanted to first share my home-made recipes for my BBQ sauces.” Bobby grows his own tomatoes, herbs and peppers for his food line in his backyard garden. “I always like to use real fresh ingredients, and I continue to do that with my sauces. No syrups or chemicals, just good food.”

Before asking Whitney to marry him, Brown went old school and first asked Whitney’s father for his permission and he also had a surprise for Whitney during the proposal. He told Oprah Winfrey that he proposed with a small 3-carat diamond ring in a heart box. After admiring the ring she looked up to Brown to see that on his index finger he had the real engagement ring — an enormous 15-carat ring. Brown and Houston got married in 1992 at Houston’s massive New Jersey estate.

4. He Started Singing at the Age of 3

He got a chance of a lifetime at the age of three. He was invited to perform onstage alongside one of his childhood idols — James Brown. He says watching James Brown sing and dance was his inspiration. To hone his singing skills, Brown joined the church choir in his Boston neighborhood. And speaking of famous singers – Brown is also a distant cousin of disco queen Donna Summer.

In that now infamous 2002 “crack is whack” interview with Diane Swayer and Whitney Houston, Brown admitted that he is diagnosed bi-polar and admitted to using marijuana and alcohol to calm himself down. For years, Brown has been accused of being the one who got Whitney Houston hooked on drugs. He says he never even tried hard drugs until he met Whitney Houston. This was confirmed in an interview with Whitney’s older brother Michael on Oprah who admitted that he and Whitney did cocaine in the late 80’s — years before she met Bobby Brown.

2. He Learned of Houston’s Death Through a Friend

Brown was touring with his band New Edition when a member of the group, Ralph Tresvant, pulled him aside and told him he just read an article that said Whitney was gone. Brown attempted to continue on with the group’s performance that night, but after saying on stage, “I love you Whitney,” he broke down in tears and had to take a break.

1. He was Invited to Whitney’s Funeral

Brown said it wasn’t true that he wasn’t invited to Whitney’s funeral. He told Matt Lauer in an exclusive interview. “They definitely wanted me there. That’s not the kind of family the Houston’s are. They’re a great family. So, I was invited.” But although he showed up at the funeral, he didn’t stay, claiming that security team made it unbearable for him. “The security asked me, what they called my “entourage,” which was my children, to sit somewhere else. We had to sit apart and I was not willing to sit away from my children. So after the third time of them coming to me, I felt a little disrespected by the security that was there. I decided it would be best if I just left. I kissed the casket and me and my children left the building.”