10 Surprising Faces Behind The Famous Voices You Know 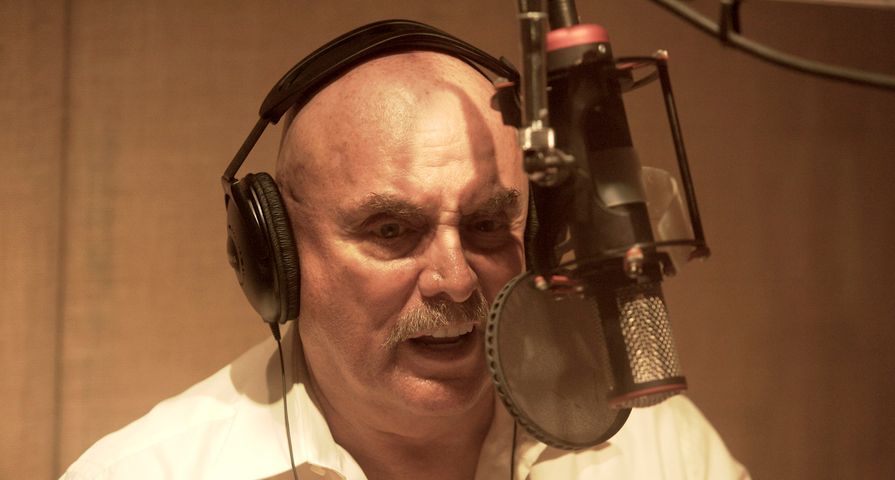 They are the voices of animated characters, video games, the biggest sports in America, the most watched movie trailers… but who do the voices belong to? Would you recognize the man who made the phrase, “In a world…” the iconic–and oft parodied–catchphrase of film trailers? How about SpongeBob SquarePants? You could bump into some of these people at the grocery store (if shopping in Los Angeles), and never realize you were so close to fame… Here are 10 surprising faces of some of the most recognizable voices you know.

You see the name Thurl Ravenscroft, and it immediately has a ring to it. The late Thurl Ravenscroft offered the booming bass voice that equates to some of the most iconic recordings in the history of voice artistry. Thurl was in the mix of voicing characters long before producers attempted to overly manipulate voices with technology — which hasn’t worked out so well — and he played in the mix of several Disney animated features. Being a very talented musical vocalist, he laid the original track to the song, “You’re a Mean One, Mr. Grinch,” for the animated version of Dr. Seuss’s How The Grinch Stole Christmas. A role for which he was uncredited. Still, he had a more famous role, and is responsible for selling a lot of Frosted Flakes: Thurl was the voice of Tony the Tiger.

No, Russ Leatherman isn’t the founder of the Leatherman tool — which everyone should own — he is the founder, and voice behind the go-to for all things movies: Moviefone. “Hello00, and welcome to MOVIEfooone…” For those who grew up before phones were smart, it was easiest to find out all movie showtimes and locations by calling Moviefone. Yep, Moviefone.com is still the place to go for such, but with the advent of smartphone technology, we lost the link to one of the most iconic American voices when the company killed the phone lines in 2014. It doesn’t change the fact that Russ has been parodied by Saturday Night Live, The Academy Awards (2005), The Simpsons and several others, and described his Mr. Moviefone voice as being an imagining of the late “Dick Clark on crack.” You can still catch Russ doing six second film reviews as The Movie Man on HitFix.

It was a treat to see H. Jon Benjamin take on a role in the flesh when he was “added” to the cast of Wet Hot American Summer: First Day of Camp. Yes, he was technically a part of the first film, but only as the voice of a magical can of mixed vegetables. For those who have heard his voice before — in so many things you can’t even count them — it always comes back to one iconic role, regardless of whether the voicing came before or after he played this role. Yes, Jon is the voice of Archer, from the animated series of the same name. The FX animated series, that has been running for an impressive seven seasons, is as irreverent as a TV comedy gets. And for those who are curious, he’s also the voice of Bob Belcher (as well as others) on Bob’s Burgers.

A person would be hard-pressed to find someone who works as much as Tom Kenny. His character voices are iconic in the world of animation, and yet he looks like that really cool science teacher you had in high school. The one who always made class enjoyable, but also expected a lot from you as a student? In the case of Tom, you’d never guess that he’s the voice of SpongeBob SquarePants, as well as more than a dozen other voices in cartoon animation. If you scroll through his IMDb credits, it’s obvious that he’s been doing voice-over character work for a long time and if you asked him to name everything he’s done, he couldn’t possibly do it. One noteworthy performance that actually featured Tom not as a voice. The oddly intriguing Shakes The Clown from 1992. He was Binky.

Long before a specific technology actually existed, Susan Bennett was called in to do a voice job, which was registered as a contractual buyout. Basically, she came in to record, she was paid for the work, and that was that. No chance of residuals, profit shares or any of that good stuff, because it was a developing technology. It was years later that the well known voice artist in the career community was contacted by a friend, and asked, “Is this you!?” Susan is the voice of a personal assistant named Siri. Yes, it’s true. Siri’s voice was not computer generated, it was actually voiced for hours a day, for several weeks by Susan Bennett. It’s crazy to think that some people have probably spent more time talking to Siri than other human beings. Whatever you do, don’t ask Siri if her real name is Susan.

A quick peek into the monster business of gaming: is that a young James Earl Jones we hear? Nah, it’s Ike (pronounced E.K.) Amadi. Ike has drawn voice comparisons to the iconic, American actor, and his star is rapidly on the rise in the major leagues of voice artistry. He is a most recognizable voice in the world of gaming, as well as the realm of sports, offering the voice of SportsNet, and the crushing baritone that brings NFL fans many of their marquee match-ups. Exactly. He’s that voice. There was a “Wait, what?” ripple effect for fans of the HALO franchise, as well as industry insiders, when the creative team announced — at E3 — that Ike replaced Mike Colter in the long awaited/not-yet-released HALO 5, as Spartan Locke. The same Mike Colter who is starring in the Netflix/Marvel series, Luke Cage.

Yeardley Smith is part of a two-fer tandem that could be interchanged when considering icon status in the land of wonderful voices. Her unmistakable timbre has been offered to one of the most popular characters in animation history: Lisa Simpson. The thing about Yeardley, she possesses such a unique look, you probably have seen her before. And if you’ve heard her speak as herself, whether in interview or while playing a role in a film or television series, there is no mistaking her relation to Lisa. As it stands, The Simpsons forges ahead into production of another, and regardless of a few cynical critics and people who were never really fans, the show is still quite good. And for Yeardley, Lisa must be keeping her young. Though her DOB suggests she’s 51, she’s been playing a second grader for 27 years.

The on-screen sibling of Yeardley Smith is none other than voice actress, Nancy Cartwright. Nancy is adept at voicing little boys. Which little boys? Bart Simpson for starters. Ralph Wiggum. Nelson Muntz. It has been an incredibly long, prosperous run for Nancy as well as the other voice actors responsible for bringing fans their favorite characters from The Simpsons, but none has been more important than Bart. Yes, in the early 1990s, when people figured out that Bart was voiced by a woman, rather than a teenage kid, people were shocked. That’s the magic of animation. When considering all the voices she has offered to the world of animation, The Simpsons is merely a scratch on the surface. From shows on Nickelodeon to Disney to some voices from the beloved Animaniacs series, she’s a living legend.

The late Hal Douglas was one of few individuals in the voice-over community who commanded the ultimate respect of the entire industry. Hal served as the voice for so many trailers, promos, commercials and documentaries, that it would be an exercise in futility to attempt a listing. He may be most famous (in face) for his parody of himself, as well as his brother in vocal arms, Don LaFontaine. Hal was the trailer for Jerry Seinfeld’s Comedian, which was maybe better than the film itself. Hal was a WWII veteran, and graduate of the University of Miami, where he studied drama — a skill set that he put to full use in the booth. In his later years, he bought a farm, got into organic gardening and recorded from his home studio, where, according to Hal, he’d sometimes wear his pajamas. Boss.

The Godfather of voice-over, Don LaFontaine offered that first gravely baritone that became the “it” for movie trailers and promos. He even served as a catalyst for writer-director-star, Lake Bell, and her indie hit, In A World… Don LaFontaine is the voice you hear in your head when you imagine those three words in succession. You just did it, didn’t you? “In a world…” Yes, there are many vocal similarities between the late Don LaFontaine and Hal Douglas, but Don was the guy who just kept riding the wave, and offered a cheekiness to each and every public appearance. He was beloved, and he loved that he made a ton of money doing what he loved to do. All total, he did well over 5,000 voice-over spots including trailers, promos, commercials, documentaries, video commentaries and animated characters.