10 Summer TV Series You Should Catch Up On 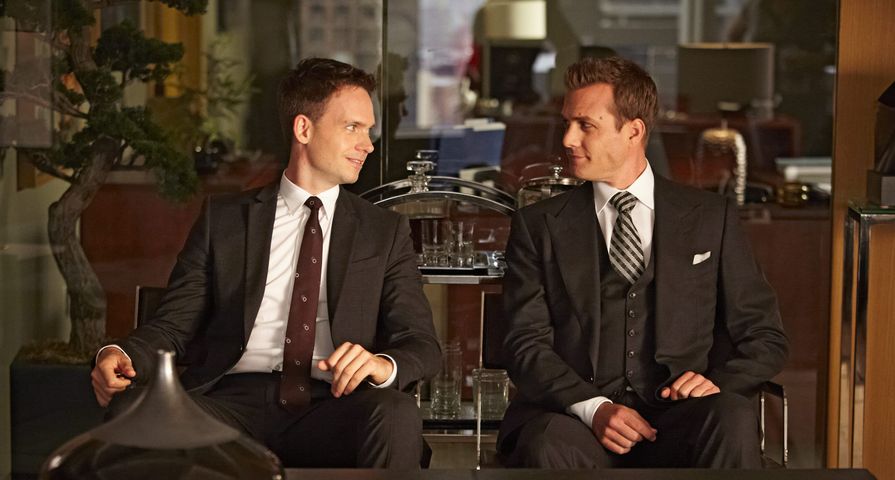 While the traditional TV season may be over, the network’s summer fare is doing everything it can to lure in audiences. From dark crime dramas to light reality favorites, there is plenty for you to catch up on during the upcoming dog days. Here’s a look at 10 series you may have missed, but still have time to dive into before your old favorites make their fall returns.

Humans is the latest overseas series to find a home on cable here in the States and, based on early numbers, it is being watched by a substantial amount of people.

Taking place in a world where human-like androids have become commonplace, the series looks at a rogue group of “Synths” (short for synthetics) who have been split up and now find themselves trying to survive. Meanwhile the ever-talented William Hurt returns to TV for his first starring role as the creator of the program that launched the android roll-out and now finds himself realizing the flaws in the program. AMC bought the USA rights to the eight episode series and is running it Sunday nights (ironically) along with computer drama Halt & Catch Fire. This is one of those shows that easily can go under the radar, but also one you should seek out.

Speaking of international series making it Stateside, Canada’s Rookie Blue has been a summer staple every year for the past few years on ABC and this season’s no different. The series, which follows a group of rookie cops (who are by this point no longer rookies), has the right amount of procedural and serialized elements to hook audiences.

Starring an ensemble cast, the drama has made a nice home for itself on Thursdays and is one of the network’s more reliable summer series. Though its numbers have taken a little bit of a hit in recent years, the series still carries name appeal and has a loyal built-in audience. It’s also an easy series to get lost in and that’s something during the summer that’s welcomed.

Reality TV has its highs and lows, especially those built around obstacle courses…but make no mistake, this isn’t Wipeout. While the ABC series revolved around train-wreck style humor, American Ninja Warrior shines the light on pure athleticism and sportsmanship.

Now in its seventh season, the Japanese import puts on display the finest in the “ninja” community. These are athletes who are masters in everything from parkour to mountain climbing mixed with people who just want to see if they can handle the insane course that changes every week. Along with its infamous 14ft. tall warped wall and trademark obstacles, the series pushes its competitors to new limits as they battle to earn a title few across the world can lay claim to. Warrior is great summer fare and enjoyable to watch. Paired with Last Comic Standing and America’s Got Talent, it gives NBC a powerful trio.

USA’s “blue-sky” series approach did it well for years with Burn Notice, Psych and White Collar leading the charge, but as TV evolves, so does the network. Last year, USA ditched the “blue-sky” style in favor of a darker more brooding theme. While Suits, Royal Pains and Graceland are still key cogs in the wheel, Mr. Robot represents the next level of USA programming.

The series revolves around Elliot (Rami Malek), a skilled computer programmer/hacker who is drawn into a massive conspiracy involving the same company he’s paid to protect. Despite his better judgement, Elliot is drawn deeper into a web of deceit as he meets the mysterious Mr. Robot (Christian Slater) and soon finds he may be in too deep to every get out unscathed.

The series is grittier than any of USA’s previous series and paired with medical drama Complications really shows the new direction the network is heading with its original programming. For now it looks like the decision was a smart one as audiences are buzzing about the series, which was renewed for a second season even before the first episode debuted.

HBO’s comedy slate hit a rough patch for a while after launching Veep, but last year found its way back with the brilliant Silicon Valley. Ballers doesn’t pretend to be that sophisticated, as it instead subscribes to the Entourage school of thought that bigger is better.

Starring Dwayne “The Rock” Johnson, the sports series is a little over the top…but that’s also the point. While the pilot was a little slow, it did get a lot better in subsequent episodes and audiences have had no trouble getting hooked based on the initial ratings (which explains the no-brainer call to renew it for season two).

It may just be the ideal series HBO needed to re-hook the Entourage crowd and, if that’s the case, it’s a big win for the network and the charismatic Johnson.

When Under The Dome bowed two summers ago, it was a monster hit and started CBS’ journey into summer event programming. In the time since the show has gotten bizarre…and that says a lot when the plot revolves around a town trapped under a giant transparent dome.

With the blessing of creator Stephen King to go off the page from the source material on which it’s based, the producers have tried to put their own unique stamp on the series. So yes it may be a little strange and a little out there but it is still a fun summer diversion to get hooked on…but only if you remind yourself going in that’s the case.

Along with Extant and Zoo, this type of programming is proving to be commonplace on both broadcast and cable, which should be enough of an incentive to get people to give it a shot (or in some cases come back for a second try).

In 2013, Showtime launched a pair of new originals with Ray Donovan and Masters of Sex. Each debuted alongside an established series to help give it a better chance to succeed and the move worked. The following year Showtime decided to merge the now-established duo and spotlight them as the network’s “it” summer series.

This year is the second year of that successful pairing and each is stepping up its game in a big way. Ray Donovan is adding Ian McShane and Katie Homes to its cast while Masters of Sex is bringing on Josh Charles and Emily Kinney to join recurring guest stars Beau Bridges, Sarah Silverman and the Emmy-winning Allison Janney. Both are smart dramas that prove HBO doesn’t have the monopoly on premium original programming. Even if you need to binge on the first two seasons first, it’s worth the time commitment.

Even though USA is seemingly abandoning its “blue-sky” formula, that doesn’t mean we can’t enjoy the examples of it that are still on the network’s schedule. Suits is a clever series that boasts a strong ensemble headlined by Gabriel Macht and Patrick J. Adams.

Unlike other legal dramas, Suits doesn’t have to hide behind paper-thin characters as each member of the core group has had the chance to shine and endear themselves to viewers. Already renewed for next year, Suits relies on smart writing, emotional performances and a loyal fanbase which has carried it throughout its run.

The series was also wisely chosen as the lead-in for USA’s new Mr. Robot drama. While the two seem to target different audiences, the idea of pairing the network’s biggest new priority with its biggest returning hit was the right call and it seems to have responded well with audiences.

This is summer’s guiltiest pleasure hands down.

Since 2000, Big Brother has been a CBS summer fixture. Hosted by Julie Chen, the series follows a simple concept…lock strangers in a house for three months without any contact from the outside world and make them compete against each other for a $500,000 prize.

While the show took a while to find the rhythm it has now, the wait was well worth it…as it is not really summer until Big Brother begins. From Chen’s trademark “but first” swerves to the show’s over-the-top challenges it all works together in a special way.

This is not going to win any awards and it’s not going to be an industry game changer…but who cares? It is summer and this is mindless fun that viewers can indulge in three times a week. Be warned though as it’s easy to get sucked in!

When America’s Got Talent first started, people immediately began comparing it to American Idol despite it was more of a variety competition series. It was an understandable conclusion for a number of reasons, one being that it didn’t involve singers. Instead it had a “mean” judge in Piers Morgan and it was produced by Simon Cowell.

Yet it took America’s Got Talent a while to find its identity as it went through a revolving round of hosts, judges and stylistic format changes. Ultimately, however, the combination it has now works on so many different levels as Nick Cannon is charismatic and moves the show along with the same skill of Ryan Seacrest, while the expanded judging panel (composed of Howie Mandel, Mel B, Heidi Klum and Howard Stern) compliments each other.

It’s a fun show that doesn’t harp on the untalented in a cruel way (that often) and has produced some acts that even though they may not have won have made a name for themselves in their industry. As the show begins to compose its final group for the live shows, check it out…the timing is perfect.

Here’s the thing about True Detective, it’s a mystery series operating on a couple of different levels. In fact, it’s such a good mystery sometimes the viewers don’t realize what is going on.

For any other program that could be deadly, but for this one the combination of top talent and a top network airing it has turned it into a legitimate phenomenon. The interesting part is that no matter how deep down the rabbit hole viewers go, they keep going as they expect to start getting answers at some point, but only came up with more questions.

It’s a weird mind trip, but once it’s all explained it’s easy to see the genius in its plot. Yet while you can argue smart TV shouldn’t have to require a PHD in psych, there’s something fun about trying to figure out what’s really going on alongside millions of people who are just as in the dark as you are about the truth. Even if you’ve been following the series, go back and watch it again….we are positive you’ll catch something you missed the first time; in fact we guarantee it.