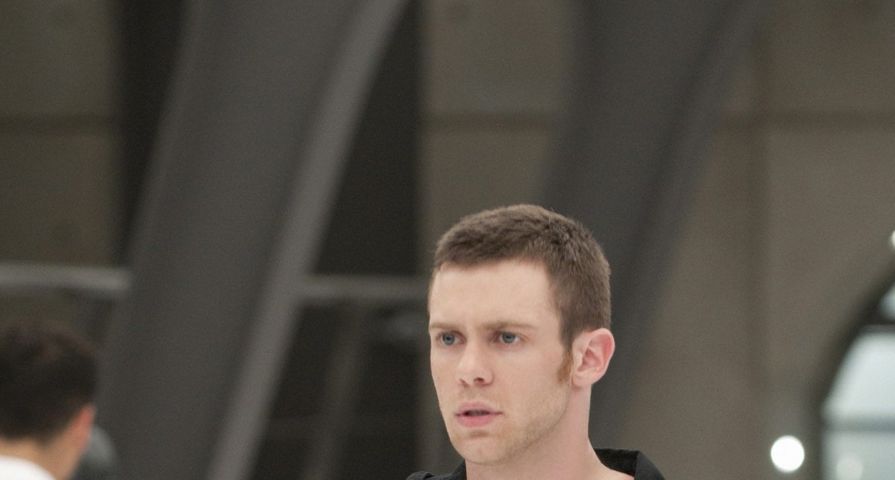 Being a child-star is a dream for many kids and their parents. For some it can turn into a life long career (just ask the Olsen twins!) and for others, it doesn’t pan out quite the same. The industry can taint the best of kids, and the pressure to remain on top is simply unattainable for many. Whether a symptom of genetics and aging, or a lifetime under the spotlight and career pressures that many don’t even have until adulthood, many child stars don’t age so well, making them almost unrecognizable to the face that made them famous.

After some smaller roles in child-acting, Jake Lloyd landed every young boy’s dream job, the role of “Anakin Skywalker” in Star Wars : Episode 1 – The Phantom Menace. While Jake took on the iconic role of a young Darth Vader at the tender age of 8, he retired from acting at only 12. He went on to later say in an interview that his “life was a living hell” from Star Wars, and he was bullied by kids noting, “They would make the sound of the light saber every time they saw me. It was totally mad.” He also reportedly destroyed all of his Star Wars memorabilia. Guess he does have a little Vader in him after all. However, he’d hardly be recognizable these days, as he looks nothing like his once adorable self.

Ariel Winter is still technically a child star. Now 17, Ariel plays “Alex” on the long running hit sitcom Modern Family. She makes this list not because she grew out of her adorable childhood looks, but because she grew out of her BRA! The actress recalls growing breasts, seemingly overnight. At age 15, she had a bra size of 32F. Her role on Modern Family wasn’t affected, but she did have to cover up often to hide the fact that she was overwhelmingly large chested, as it didn’t suit the age of her character either. It broke her confidence and her ability to wear appropriate clothing for a teenager. She decided in 2015 to undergo breast reduction surgery, and is now a more manageable 34D.

Known for his role as the youngest brother “Mark Taylor” on Home Improvement. The hit sitcom ran from 1991-1999, and his acting career ended when the show did. In 2001, he sued his own parents for allegedly squandering away his trust fund made from his years on the show. At the tender age of 17 he married Heidi VanPelt, who happens to be 16 years his senior. The couple in 2005 opened an illegal vegan restaurant out of their home called Playfood, which was later shut down, and they divorced in 2007. In 2012, Taran was arrested for DUI and possession of drugs. What a mess. Where’s Tim “The Tool Man” Taylor when you heed him?

Remember that cute little boy with the dumbo ears from Malcolm In The Middle? His awkward looks made him an adorable character, “Dewey,” on the show. He also voiced the character “Sheldon” in Finding Nemo. Otherwise, he’s fallen off the Hollywood radar. Maybe it’s because he grew up.  Awkwardly. Now aged 24, Erik could still revive his career as he does look quite a bit like Star Wars: The Force Awakens star Adam Driver (Kylo Ren). So there’s hope for big eared boys (turned men)!

Haley Joel Osment was a staple in the film industry for the better part of a decade. He landed massive roles in films like The Sixth Sense, Pay It Forward, Spielberg’s A.I Artificial Intelligence, and The Sixth Sense. He even received an academy award nomination for Best Supporting Actor for his role in The Sixth Sense. After that season of life, his acting career stalled. While he has dabbling in some acting work, he looks nothing like his former self and unfortunately has not been able to extend his career to the magnitude it once was. His sister, Emily Osment, former star of Hannah Montana, has gone on to a relatively successful career in acting and music.

This Home Alone star had a strong career and string of acting opportunities. Luck ran out or he grew up, and now he only works in a sprinkling of things here and there, mostly as cameo appearances. For a long time, he only made the news for the fact that he somehow managed to land Mila Kunis as a longterm girlfriend (before she of course moved onto Ashton Kutcher and started a family). Macaulay has a gaunt look these days that has caused many to question a potential eating disorder, or drug use, over the years. He ended up being charged with a string of drug possession charges between 2004-2005. Now, he performs in The Pizza Underground, a parody band, which sings songs about pizza and hands out pizza at their concerts. Some kids never grow up.

Bug Hall, best known for his role as Alfalfa, which was his debut role in 1994 for the movie The Little Rascals. Since then, Bug has gone onto do small roles in a series of television shows such as Charmed, Strong Medicine, CSI: Crime Scene Investigation, Cold Case, Justice, Providence, Criminal Minds, and 90210. While he remains one of the few child stars to come out positively from the experience, we can’t help but notice how…different he looks. He definitely out grew that Alfalfa hairstyle and now he looks kind of hot.

Tahj Mowry made a name for himself on Sister Sister, which starred his older twin sisters, Tia and Tamara Mowry. Before that he had a string of appearances on TV shows, including a reappearing role on Full House. After Sister Sister, he went onto his own hit show, Smart Guy. Then he grew up and grew abs! Now he can be seen on the new ABC family comedy, Baby Daddy, and he also has a music career.

Nate Richert, best known for his role as Harvey on Sabrina The Teenage Witch, was the love interest and boyfriend of “Sabrina” (Melissa Joan Hart) for the duration of the series. The show ran from 1996-2003. Nowadays, he isn’t seen or heard from much at all except on some twitter posts and his youtube channel, and of course, “Where Are They Now?” articles like these. You probably wouldn’t recognize him though. He looks like a different man.