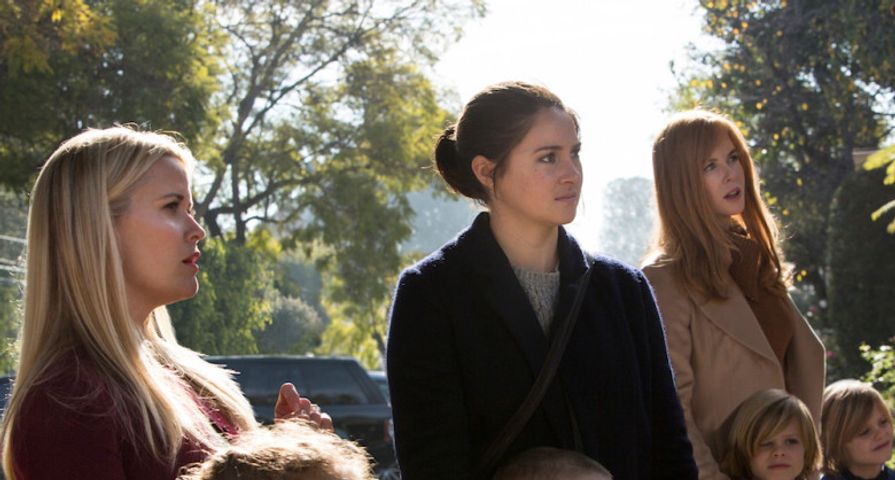 The HBO series Big Little Lies is easily becoming one of the most buzzed about new shows of the spring. The American dark comedy-drama is based on the Liane Moriarty novel by the same name and is being released as a miniseries of seven hour-long episodes. The show is only half way through and it’s already receiving rave reviews from critics and fans alike, and we can see why! For those who are still on the fence about it, here are 10 reasons to watch Big Little Lies!

Big Little Lies is unlike any other show on television right now, not only because it’s produced as a miniseries, but the storyline is so unique it’s being compared to a mashup of two totally different, but both widely popular films, Gone Girl and Mean Girls. There’s also a hint of Desperate Housewives when it comes to the competitive nature of all the Monetary moms. The story starts off depicting the mundane routine of everyday suburban life, but then turns it into a world that is much darker and more complex.

Reese Witherspoon plays the character of Madeline Martha Mackenzie, the sassy, bossy and outspoken mom who cannot stand the other entitled “blonde bobs” who think they run the school. This is Reese Witherspoon like we’ve never seen her before. Her character has so much attitude and some of the best punchy one liners which she delivers perfectly. Picture the blonde Southern belle saying this to a fellow driver, “Get laid, b-tch!” It’s pretty awesome.

Right from the first episode titled “Somebody’s Dead,” viewers are introduced to a murder, but we have no idea what happened. Similar to the book, each episode brings us closer to finding out who died and who is the killer. This keeps us captivated and intrigued because from the get-go it’s clear each of the women have their own reasons to commit a crime or be wanted dead. The show goes back and forth between before the murder happened and afterwards so audiences have a chance to draw their own conclusions before they learn what really happened.

People were intrigued by Big Little Lies before even reading about the storyline simply because of all the Hollywood heavyweights who make up the star studded cast. The show is host to a wide range of actors who are all extremely well respected in the industry like Oscar winners Nicole Kidman and Reese Witherspoon, along with The Fault in Our Stars actress, Shailene Woodley. There’s also Laura Dern of Jurassic Park, Alexander Skarsgard of True Blood fame, Adam Scott from Parks and Recreation and last but not least, Zoe Kravitz!

This might seem like a strange reason to watch a show, but we can’t believe how many viewers have been raving about the opening credits of Big Little Lies. It offers a great preview of what viewers can expect in terms of production quality and directing as it perfectly harnesses the whole vibe of the show, from the captivating shots of California’s coast line to the beautifully dark and brooding theme song.

Miniseries are becoming the ‘new thing’ in television, especially after the success of projects like American Crime Story, True Detective and Fargo. Instead of telling a story slowly over multiple seasons, it’s all about making one season shows that almost play out like a long film. This gives A-list stars we are used to seeing on the big screen, the opportunity to appear on the small screen. Some people might be deterred away from dedicating themselves to another full series, but Big Little Lies is only one season, so once the seven episodes are done, it’s all over. Any pending questions or loose ends will be tied up in the season finale.

We might not like to admit it, but viewers love seeing the glitz and glamour of the wealthy and Big Little Lies is ready to deliver. The whole show takes place in the peaceful seaside town of Monterey, California, so viewers get to see some pretty amazing shots of the California coast. It also features gorgeous beachfront homes, beautiful doting moms and adorable children. It’s got all the picturesque curb appeal a successful show needs.

The critics aren’t always right when it comes to the success of a film or television show, but their opinion is usually a sure sign of whether a show is good or not. Big Little Lies has been receiving rave reviews from both critics and viewers so far, not only commending the performance of the cast, but even the supporting characters. Furthermore, the director, Jean-Marc Vallee, has also been immensely applauded for his work as the director. Big Little Lies is already being deemed the best show of 2017!

Despite the fact that the show is marketed as a murder mystery, it’s much more than that. The storyline is very female-centric as it gives a primarily female perspective on sensitive topics like domestic abuse, marriage, interracial marriage, motherhood, co-parenting, divorce, friendship and everyday life. The murder twist is the hook that captivates viewers and draws them in, but the real heart of the show is about the quiet, daily struggles these women suffer through in their personal lives that are unknown to outsiders.