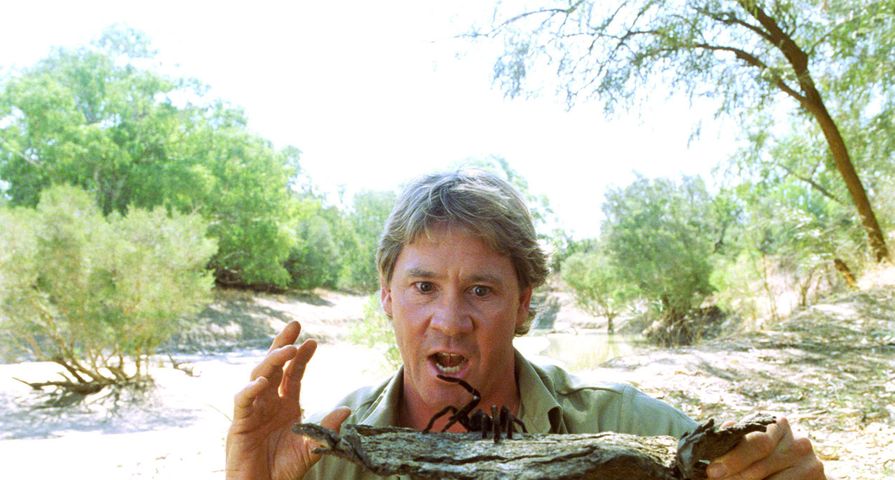 Eric Hill was an adventurer featured as a contestant on ABC’s 10th season of The Bachelorette. On April 20, 2014, while paragliding in Utah, his parachute collapsed and he suffered critical injuries. He went into a coma and was taken to a hospital, but he tragically died 3 days later. The Bachelorette honored Eric on the premiere in May 2014.

GO WITH ERIC, THE GLOBAL ODYSSEY/FACEBOOK

Pedro Zamora is credited as one of the first openly gay men with AIDS to appear in popular media. His relationship with Sean Sasser was documented on The Real World: San Francisco and their commitment ceremony in which they exchanged vows, was the first televised same-sex ceremony. Pedro’s work in AIDS education earned him recognition from the then-President Bill Clinton who thanked him personally for his contributions. Zamora died of complications from AIDS in November 1994, hours after the final episode of The Real World aired.

The ex-husband of Real Housewife Taylor Armstrong was found in August of 2011, hanging from an extension cord tied to the ceiling of his Mullholland Drive home. Russell was in extreme financial debt, reportedly totalling approximately $1.5 million. Taylor, his wife of six years, had filed for divorce a month prior to his suicide after claims that she was physically abused. Many cast members of Real Housewives of Beverly Hills paid their respect via social media platforms, including Camille Grammer who tweeted, “My sympathy and condolences go out to Taylor and Kennedy. My thoughts and prayers are with them.”

Diem Brown was a recurring cast member on MTV’s reality television series The Challenge. Her debut was on Real World/Road Rules Challenge: Fresh Meat in 2006, where she confided that she had overcome ovarian cancer. Unfortunately, her battle was not over and in 2012 her cancer returned. She went through her seventh Challenge season with Rivals II because doctors told her that “seeing 2013 was not that likely.” In 2013, her cancer was reported to once again be in remission. In 2014, the cancer returned and, while filming Battle of the Exes II in Panama, Brown collapsed and was airlifted to a hospital in New York. Diem passed away in November of 2014 surrounded by close friends and family.

Mitchell Guist of the History Channel’s Swamp People passed away on May 14, 2012. It was initially reported that Guist had suffered from a seizure which caused him to fall while loading items onto his boat. The autopsy reports later revealed that the cause of death was a heart attack and the Ascension Parish coroner ruled his death to be of natural causes. Guist was only 47 when he died. “The Voodoo Bayou” episode of Swamp People was dedicated to his memory.

The Deadliest Catch sea captain Phil Harris died in February 2010 after suffering a massive stroke while doing what he loved; he was unloading a haul of crab in Alaska. The 53-year-old’s death was commemorated on the series and Discovery Channel also ran a special tribute episode.

Angel Juarbe Jr. won the prize for Murder in Small Town X, a reality meets game show hybrid in which the contestants act as amateur investigators to solve a series of fictional murders. While Juarbe didn’t die during production, he was killed during a heroic effect to save lives as a firefighter in the tragic events of September 11, 2001 at the World Trade Center, only two weeks after the show’s finale aired. Angel Juarbe Jr. will be remembered as an American hero rather than as a reality TV star.

Kandi Burruss of the Real Housewives of Atlanta was engaged to A.J. Jewell who was fatally shot outside his Georgia strip club in 2009. Burruss, a former member of the R&B group Xscape, took to Twitter to express the magnitude of her sorrow: “I don’t wanna b held & told its gonna b ok. i just wanna cry myself 2 sleep, alone.” Kandi’s cast mates reached out with words of condolence. Kim Zolciak stated, “I adored A.J. [and] he will definitely be missed. I’ll be there for my dear friend Kandi.”

On April 1, 2013, during the production of the second season of MTVs Buckwild, Shain Gandee, 21, along with his uncle David Gandee, 48, and friend Donald Robert Myers, 27, were discovered dead in a car in a remote area of Sissonville, West Virginia. The autopsy revealed that the men died of carbon monoxide poisoning after their SUV became partially submerged in deep mud. The exhaust pipe was buried in the mud, which caused the gas to leak into the vehicle. The bodies were discovered by a close friend.

Steve Irwin grabbed the attention of people all over the world with his series The Crocodile Hunter. The animated animal expert died in 2006 when he was snorkeling at Batt Reef near Port Douglas, Queensland while shooting Ocean’s Deadliest. Irwin had moved into shallow water during a period of bad weather to get some shots for his daughter’s show, Bindi the Jungle Girl, when a sting ray reportedly struck him several hundred times in his body with his tail spine. The spine pierced his heart and Irwin bled out, and he was pronounced dead on the scene. His death was caught on film, but all evidence was reportedly destroyed at the request of his family. Irwin was honored by the Australia Zoo in both a private and later a public ceremony. 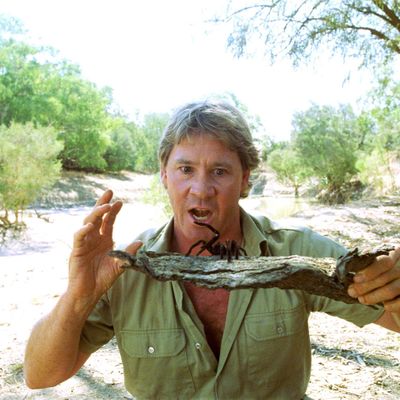