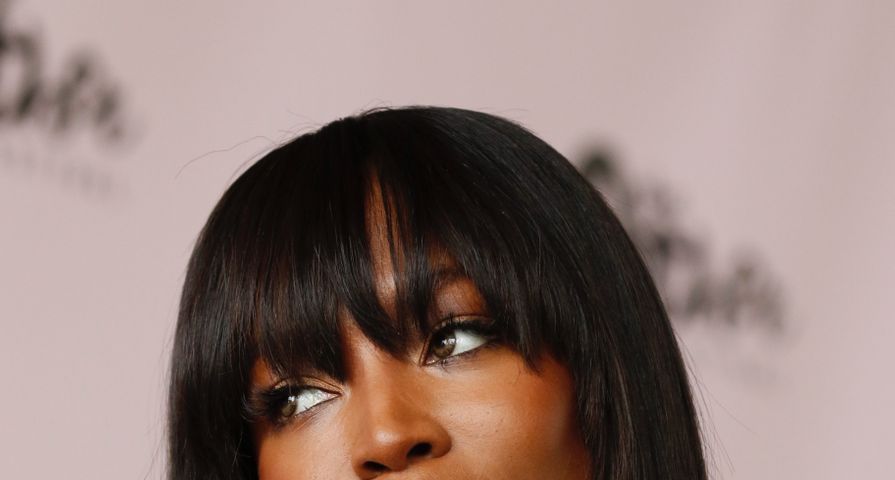 Being a celebrity comes with a lot of demands. Whether it’s doing repetitive interviews and long tours, or spending long hours on a film set, we know it’s not always easy. Sometimes they feel worn out and want to take a break from being in the spotlight. But for some celebrities, their unfriendly attitude towards others happens more often than not, and has given them the reputation for being guarded and stuck up. Here’s our list of 10 unapproachable celebrities.

Bruce Willis doesn’t have the best reputation when it comes to working with others in Hollywood – just ask Kevin Smith, who claims working with the actor was “soul crushing.” It seems Willis also has a hard time dealing with his fans. In 2009, RadarOnline reported an incident where Willis grew angry with a fan after she greeted him by poking him on the shoulder. The actor was visibly irritated, and put his finger in her face and said, “Don’t you EVER touch me, understand?” Willis also has a reputation for being difficult during interviews, where he’s been known to mumble responses, berate hosts, and avoid eye contact.

While some celebrities try to avoid their fans, there are others who outright mock them. Rihanna was guilty of doing this after a fan tried to emulate the singer’s style. High school student Alexis Carter was inspired to create a prom outfit based on an ensemble Rihanna wore to a 2010 awards ceremony in Berlin. Rihanna didn’t take kindly to the teen’s look and proceeded to bully her on social media. The singer said the student looked like a bat, and captioned the comparison photo “The Dark Thot Rises.” In response to the hurtful criticism, Carter said that Rihanna doesn’t “love her fans like she says she does.”

Word on the street is that Christian Bale is unfriendly with his fans. His former publicist Harrison Cheung claimed that Bale has a bad temper and directs it towards others. Cheung said Bale would “lecture little girls about being rude and intrusive until tears streamed down their faces, and their parents tugged them away from our table.” In 2009, the actor went on a lengthy rant while working on the set of Terminator Salvation. Director of photography Shane Hurlbut crossed into Bale’s eyeline, which set the actor off. He later apologized for his verbal attack.

While many of us consider Meryl Streep to be one of the female heroes of Hollywood, there’s reports of her being unapproachable and difficult with residents in her community. A source who went to school with Meryl’s daughter Grace said the actress wasn’t very friendly to the other mothers. “At first she wouldn’t talk to the other moms. Then, when she did, she snapped at them.” Neighbors have also expressed their challenges in dealing with her. One neighbor said she upset everyone when she was getting work done on her property: “she angered the locals when she shut off a road in the middle of town to rebuild a dam in front of her house. It was closed off for a long time and people around here were angry. But she didn’t care.” Perhaps her role as Miranda Priestly in The Devil Wears Prada wasn’t such a stretch!

For all the time he spends on screen playing a nice guy, Will Ferrell is apparently quite a jerk to his fans. In Autograph Magazine’s 2013 list of best and worst celebrity signers, Ferrell made the top of the list. The magazine states that the actor “mocks people, taunts and embarrasses them when they ask for autographs.” Ferrell has been on this list in previous years as well and it’s disappointing to know he won’t change his attitude towards the people who made him famous.

JLo doesn’t have a good reputation when it comes to treating others with respect. Several reports claim that Lopez avoids talking to staff directly, preferring to communicate via her assistants. RadarOnline reports an incident where Lopez snubbed a United Airlines flight attendant when asked if she wanted a drink in first class. According to the attendant, “She turned her head away and told her personal assistant, ‘Please tell him I’d like a Diet Coke and lime.’ She wouldn’t even look at me. It was sad, she seems so sweet in her movies.”

Like the acting roles he often plays, Tommy Lee Jones has a hard exterior. Unfortunately, this doesn’t translate well when it comes to interacting with him. He once made a GQ writer cry after being particularly harsh about her questions and grammar usage. His off-putting personality reflects a lack of interest in socializing with fans. Jones also has a poor track record when it comes to getting along with his co-stars. Jim Carrey and Sally Field have talked openly about his crusty demeanor and said he was difficult to work with.

For all her peace, love, and healthy eating, Gwyneth Paltrow isn’t the most approachable. Known for making pretentious comments, Paltrow is a little disconnected from reality outside of Hollywood. In an interview with E!, the actress stated, “I think it’s different if you have an office job, because it’s routine and, you know, you can do all the stuff in the morning and then you come home in the evening…I think to have a regular job and be a regular mom is not as, of course there are challenges, but it’s not like being on set.” Her comments sparked outrage from many mothers who said she was out of touch with the hardships of being a mom. She’s also not on good terms with her neighbors in Los Angeles, and didn’t get along with her neighbors in London when she lived with her ex, Chris Martin.

Russell Crowe is known for a temper that makes him difficult to get along with. Several reports claim he yells and swears at fans who try to take pictures of him. Director Geoffrey Wright claimed Crowe was the rudest actor he ever met. In 1998, he upset locals at a bar in Canada, prompting a fight to break out. Giuliana Rancic, anchor of E! News, said he was mean to her during an interview on the red carpet in 2014. While we understand that actors are under a lot of pressure, we think he needs to tone down his arrogant attitude!

This list wouldn’t be complete without Naomi, the reigning queen of giving the cold shoulder. The model-turned-actress is notorious for throwing temper tantrums and treating people like they’re below her. In London, she threw a fit at the boutique Voyage that included yelling at staff for not recognizing who she was. Her meltdown led to her being thrown out of the shop. While on the show The Face, Campbell refused to talk to anyone off set, and banned people from talking to her. She has a long history of physically attacking her personal assistants, and received a court order to attend anger management classes. We hope those classes helped, but we’d stay clear of her just in case!