10 Most Shocking TV Cancelations of 2014 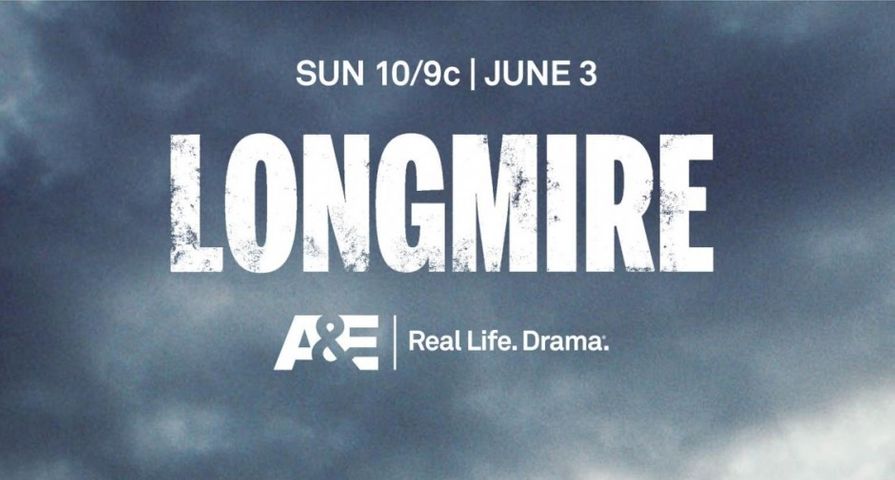 In terms of cancelations, 2014 was a more forgiving year than most. Like every year before it, there was a long list of TV shows axed from the schedule, but there were fewer long-running programs cut than usual. 2014’s list of cancelations skewed heavily towards shows that had 1 season or less under their belt. While this helped to spare shows with years of plot and devoted fan-bases, the focus on cutting new shows is a bit of a double-edged sword. While their lack of viewers means their cancelation won’t affect too many people, quick cancelations also put an end to shows that may have gone on to be memorable or significant in their own right. It’s difficult to say which if any of the following shows could have gone on to do great things but there’s little doubt that the following 10 programs had the most shocking cancelations of 2014.

Despite its awful, pandering name, Selfie had started to find its groove when it was abruptly canceled by ABC in November after airing only 7 episodes, with low ratings cited as the reason. A romantic comedy starring Karen Gillan and John Cho, Selfie was a surprisingly insightful and timely program that explored the current cultural obsession with social media fame and friendships. Gillan and Cho had real chemistry and a romantic subplot was hinted at but never shown, given the show’s brief lifespan. Despite the show’s potential, it’s speculated that the terrible title likely pushed potential viewers away, which is interesting given just how prevalent the term “selfie” is in the cultural lexicon.

America’s obsession with TV singing contests has diminished since American Idol dominated the reality TV landscape in the early 2000s. There had to be some casualties along the line and The X Factor is simply the program that didn’t differentiate itself enough from the pack to stay on for another season.  Created in the UK by ex-American Idol judge Simon Cowell and brought to the USA in September 2011, The X Factor was very similar to American Idol, with the main difference being that the singers were organized into different groups based on gender, age, and whether they were part of a group.  After 3 seasons, it was announced that the American version would be canceled, as Cowell was returning to the UK show. It’s still unclear whether the show will return, but its cancelation is still a shocking development given how popular the genre is.

In hindsight, CBS executives probably regret canceling this workplace comedy given the tragedy that would unfold only 3 months after the order came down.  Yes, the late Robin Williams’ final television appearance was in this series, which frames the cancelation in a much more sombre light. While it would be too convenient and misleading to imply that the cancelation had any influence on Williams’ decision to take his own life, it definitely raises some questions of how success and failure are handled in the acting world. While the world will never know if Williams would have altered his decision if the The Crazy Ones had earned a renewal, the great actor’s death will likely weigh heavily with those involved with the cancelation long after the show fades from our collective memories.

Intelligence was a mid-season addition to CBS’s lineup in January. Starring Josh Holloway, who played the fan-favorite character Sawyer on ABC’s Lost, Intelligence was a near-future espionage show revolving around the invention of a computer chip that can be implanted in a subject’s brain, allowing the user to access the global information grid. Spy shows aren’t always the easiest genre to market given the sheer number of programs that have been made over the years but Intelligence had a good concept and really could have used more than 13 episodes to tell its story. Plus, Holloway deserves to have another successful TV show after his star-making turn on Lost. Canceled in May, Intelligence is proof that a winning concept means nothing in the TV world if there isn’t a sizable audience turning in every week.

An adaptation of an Australian program of the same name, Rake was a comedic drama focusing on a troubled defence lawyer played by Greg Kinnear.  There are a lot of legal dramas on television right now, but Rake differentiated itself from the pack with its dark humor and offbeat situations. For instance, part of the show’s appeal comes from the fact that Kinnear’s character owes money to virtually everyone in his life. He’s basically like the lawyer version of House, another character undone by his personal demons. Unfortunately, for whatever reason, Rake didn’t become a hit and was canceled after 1 season.  Luckily, the Australian show is still on the air for any fans of the American version that still crave this series unique brand of dark comedy.

Of all the networks, Fox seems to screw over their own shows the most with their own ineptitude. Enlisted suffered much the same fate as another Fox show canceled well before its time, the sci-fi western Firefly. Enlisted’s episodes were aired out of order by the network in order to build positive buzz; episodes deemed stronger were aired first. Unfortunately, this bizarre action did not have the result the network desired, as viewers were confused by the order of the episodes. Partly due to its own ineptitude, Fox saw dwindling ratings for this strong military-themed show and promptly canceled Enlisted before it could find its groove.

Yet another Fox cancelation, Almost Human’s cancelation was a little more justified than Enlisted’s was, but it still came as a shock given the amount of money and advertising put into the show. Starring Karl Urban, Almost Human takes place in 2048, where crime has gotten so out of control that every police officer is given an A.I. companion to help alleviate this issue. Featuring an intriguing concept and high quality visuals, Almost Human was the type of high-budget sci-fi programming that is all too rare these days, which makes its brief run all the more unfortunate. Given the show’s budget, it was not picked up for another season by Fox or any other network.

Yet another ABC comedy series undone by a bad title and low viewer interest, Trophy Wife was surprisingly much better than its title would suggest. Starring Malin Akerman as the titular trophy wife, the series explored her marriage to a middle-aged divorcee and the family dynamics of trying to handle her new husband’s children and ex-wives. Trophy Wife was regarded as one of the best new sitcoms of the 2013-14 season, making its cancelation all the more regrettable. If the series had been given time to grow its audience, it’s a very real possibility that it could have achieved similar success to Modern Family, a show it was often compared to.  As it stands, one full season of Trophy Wife is still something the show’s cast and crew should be proud to have been a part of.

Community was in danger of cancelation for years before NBC finally gave it the axe last fall, to the point where it wasn’t a shock when it came; it was just shocking that it took as long as it did. Highly regarded by both critics and its devoted fans, Community was a unique comedy series that constantly found creative and irreverent stories and premises for its diverse and talented cast. Community was saved from cancelation numerous times thanks to the support of its fans and the weaknesses of NBC itself, which had been struggling for years against its rival networks and so could afford to keep an underperforming program like Community on the air. Luckily, Community’s cancelation was revealed to not be permanent, as it was promptly picked up for another season by Yahoo! Screen.

Of all 2014’s cancelations, this one was the most shocking. Longmire is a popular law enforcement drama set in rural Wyoming and stars Robert Taylor as the title Sheriff, and Katee Sackhoff as his deputy.  The show’s network, A&E, abruptly canceled the series in August after three seasons, which came as a shock considering it was the network’s highest-rated scripted drama. Luckily, as seen with a few other shows on this list, canceled shows don’t always have to stay this way given the sheer number of smaller networks and streaming services that exist today. Recognizing the show’s significance and popularity, Netflix picked up the rights and is set to air a 4th season.