10 Most Disappointing Video Games Ever Released 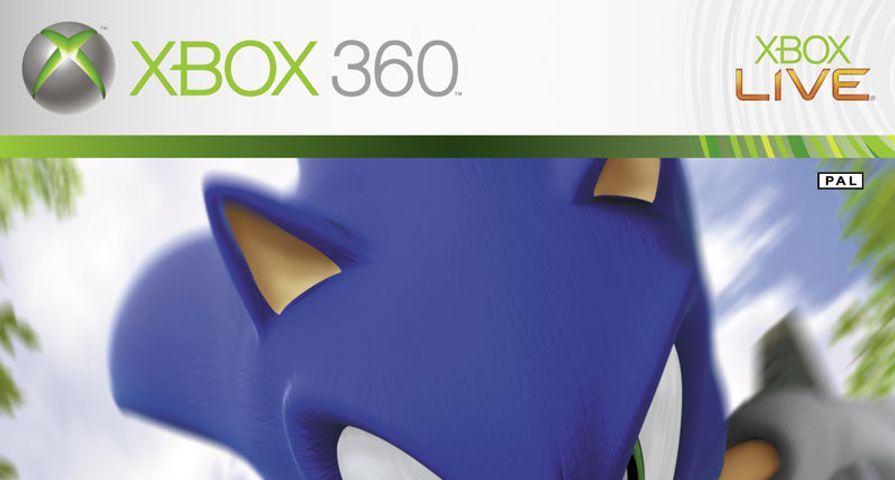 Much like feature films, video games rely on expensive marketing campaigns and hype to help sell themselves to audiences. With stiff competition and ever-rising budget costs, it makes sense for companies to try and oversell their game in order to achieve success. Unfortunately, like many blockbuster movies, some video games end up falling far short of expectation. Whether it’s because of inferior quality, fan expectations, or the makers’ own lofty ambitions, there have been many games over the years that ended up being disappointments, often both in terms of sales and critical reception While these titles often turn out to be bad quality games in their own right, they are all the more disappointing because they did not live up their promises. Here is a list of the 10 Most Disappointing Video Games Ever Released.

Unlike pretty much all the other games on this list, Metal Gear Solid 2 is actually a very high quality game – it just wasn’t the game anybody wanted. Released for the Playstation 2 in the fall of 2001, Sons of Liberty received critical acclaim for its excellent gameplay and cutting-edge (for the time) graphics. However, many fans were let down by the game’s swapping of protagonists; series hero Solid Snake, who was featured heavily in promotions for the game, was not the focus of the game’s plot. Instead, a controversial new character named Raiden was the main character, a choice that didn’t sit well with everyone. While MGS2 still stands as a classic, it remains the black sheep of the Metal Gear Solid franchise.

A launch title for the Playstation 3, Lair was hotly anticipated before its release, mostly due to it being an action game focused around riding dragons. While this premise would seem to indicate a great game (dragons make everything better), Lair ended up being a mess. Sony’s “Sixaxis” tilt functionality in its new controllers was terribly shoehorned into the game, making riding your dragon almost impossible to control. Traditional controls were eventually added to the game after release, but by then the damage had already been done. Lair was a total failure and led to the closure of the game’s developer, Factor 5, which was a real shame as they had developed the high quality and popular Star Wars: Rogue Squadron games before missing the mark with Lair.

When it comes to first person shooter games on home consoles, Microsoft’s Xbox has always been the dominant force thanks in large part to its popular Halo series. After Sony launched the Playstation 3 in 2006, they were eager to have a shooter to match the quality and popularity of Microsoft’s juggernaut franchise. Hopes were pinned on talented developer Free Radical, whose Timesplitters series had shown off their shooter-design strengths on the Playstation 2. Their newest project, Haze, was marketed as Sony’s answer to Halo. Unfortunately, Haze ended up being just another shooter and not a very good one at that. Boring gameplay, a half-baked story, and (pardon the pun) “hazy” visuals amounted to a game that did nothing to “kill” the Halo franchise.

The Resident Evil series is one of the biggest franchises in gaming, popular with critics and gamers alike. When Resident Evil 6 was released in 2012, it had to contend with some seriously high expectations. Resident Evil 4, released in 2005, is widely regarded as one of the best games ever created, and the 5th game was no slouch either. Unfortunately, rather than expand on what worked before, the game’s publisher, Capcom, tried to throw everything, including the kitchen sink, into RE 6 and the results were mixed. In a bid to appeal to more players, Capcom focused more on action than the series’ traditional survival horror experience, and quantity over quality when it came to content. RE 6 was not a bad game, but it did not come close to approaching the quality of its predecessors.

The first Devil May Cry was a landmark action game released in 2001 that turned heads due to its stylish, over-the-top action and gothic aesthetic. To say a sequel was hotly anticipated would be an understatement. Unfortunately, Devil May Cry 2 was a sophomore slump in every sense of the term, as it amounted to nothing more than a pale imitator of the first game. Lead character Dante, a demon-hunter for hire, was a hit in the original game because of his cocky attitude, making it all the more jarring and disappointing when he was replaced with a more serious and dour personality in the sequel. Fortunately, the series got back on track with the 3rd game a few years later, but DMC2 is still looked back at with scorn by devoted fans.

Too Human was a victim of its creators’ own lofty ambitions and promises. A game that took 10 years to develop, Too Human was originally planned for the Playstation until finally being released on the Xbox 360 in 2008. Created by Silicon Knights, who had success on the Nintendo Gamecube with the well-received Eternal Darkness, the game was a passion project for lead designer Denis Dyack, who waxed poetic about how incredible the game would be, with a focus on the complexity of the storytelling and themes. It was also the first part of a planned trilogy, but when the game finally released in 2008, it quickly became apparent that there would be no trilogy. Too Human was distinctly average across the board and sold poorly.

Much like Too Human, another game on this list, Advent Rising was a sci-fi action game for the original Xbox that promised the world and was to be the first entry in a planned trilogy. Clearly, planned trilogies are cursed in game development, as Advent Rising also didn’t perform well enough to justify a sequel, let alone 2. On paper, Advent Rising sounded like a hit: it was an original creation, with a story written by famous science-fiction writer Orson Scott Card (writer of Ender’s Game), and it was a 3rd person shooter with exciting-looking acrobatic combat. The game received decent reviews upon release, but fell short of greatness due to numerous bugs and glitches, and gameplay that didn’t control as well as it looked. Despite an expensive ad campaign, the game didn’t sell very well either, killing plans for future Advent Rising games.

Sonic the Hedgehog used to be just as popular as Nintendo’s Mario, but the character and brand fell on hard times after Sega, the company that owns the brand, exited the home console business in the early 2000s. Seeking to recapture some of this lost appeal, Sega re-launched the character in 2006, with a promise to return Sonic to his roots: fast and fun gameplay. Sega didn’t seem to stick to their own plans however, as Sonic the Hedgehog ended up doing more harm than good. Numerous glitches, tedious gameplay, and a bizarre story featuring an inexplicable romance between Sonic and a teenage human princess all amounted to a game that did all but kill the franchise. Sega has released a number of games since, some of them even good, but 2006’s Sonic the Hedgehog has permanently tainted the series for many players.

It’s difficult to know where to begin with this train wreck. Originally announced in April 1997, it took a full 14 years before Duke Nukem: Forever saw the light of day. In the early 90s, the Duke Nukem series was very popular, especially when it made the transition from 2D to a 3D in 1996’s Duke Nukem 3D. For many gamers, Duke Nukem was one of the first shooters they ever played, so there was hope that Forever would be a nostalgic trip back to the series’ heyday. However, games had matured between 1997 and 2011, making Duke’s focus on potty humour and outdated gameplay feel juvenile and antiquated. 14 years was not worth the wait and even nostalgia couldn’t save this one, with gamers largely dismissing this long-awaited turd.

On paper, Aliens: Colonial Marines sounded like a dream come true for both fans of thrilling shooters and the Aliens franchise. It was being developed by Gearbox Software, who had proven they could develop great shooters with the Borderlands series. It was also going to be canon in the Alien timeline, thereby legitimizing the game in fans’ eyes. When Aliens finally released in February 2013, gamers were given the exact opposite of what they were promised: a terrible shooter that tarnished the Alien name. Gearbox had marketed a completely different game than what they delivered and fans were understandably upset. With broken gameplay, terrible graphics, and a laughably bad storyline, Aliens: Colonial Marines was a slap in the face to Aliens fans and fans of good games in general.